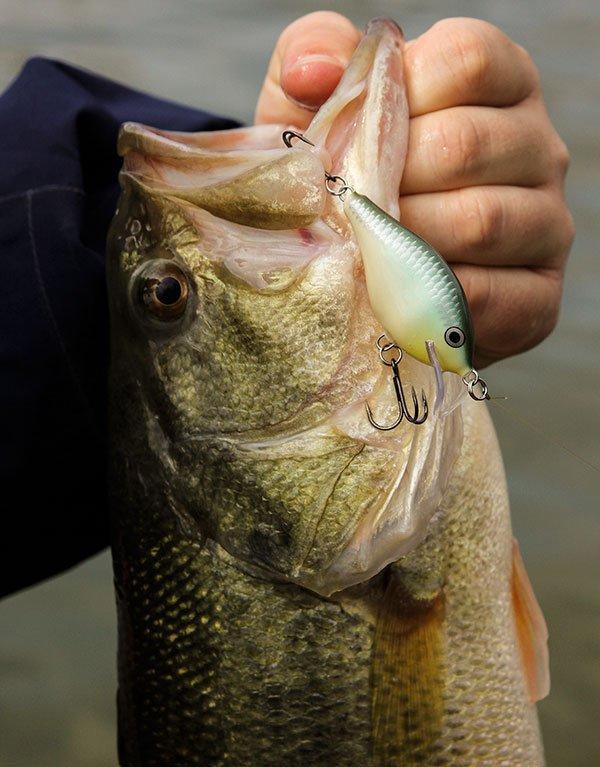 The excitement that has surrounded the unveiling of the Rapala Scatter Rap has been pretty impressive. Jason and I were provided with a couple for review, and to be honest, it has the potential to be a real game changer for crankbait fisherman—if you fish it correctly.

After throwing it a lot lately and catching some nice prespawners, we are very impressed with 4 key characteristics that have us really excited about its possibilities. We’ve also included some gear recommendations at the end of the review.

We always preach about the importance of a good hunting action in a crankbait and it’s safe to say that the Scatter Rap is unrivaled in this category. By varying your retrieve speed, you can easily make it switch directions and deflect—almost like a traditional square bill colliding into cover, except better.

It’s important to understand that the Scatter Rap isn’t designed to be mindlessly reeled or burned at high speeds. If you try to fish it like a generic crankbait, you’re missing the essence of its design. This is one of the first crankbaits we’ve used where the angler’s understanding of the crankbait directly correlates with its success.

Following a long cast with 8-pound monofilament or 10-pound fluorocarbon, reel at a slow-to-moderate speed while incorporating a few quick reel turns into your retrieve. A varying retrieve speed is absolutely essential to getting the most out of the Scatter Rap. Every time you add that fast reel turn, the Scatter Rap will kick out to the side, perfectly emulating a fleeing shad. Shad never swim straight, especially when panicked, and Rapala has done an outstanding job at imitating this natural, evasive action.

The possibilities don’t stop there. The Scatter Rap also changes vertical direction throughout the retrieve which drives bass absolutely nuts. With a medium retrieve speed, you’ll be able to feel it’s vibration in your elbow as it scurries up and down throughout the water column. 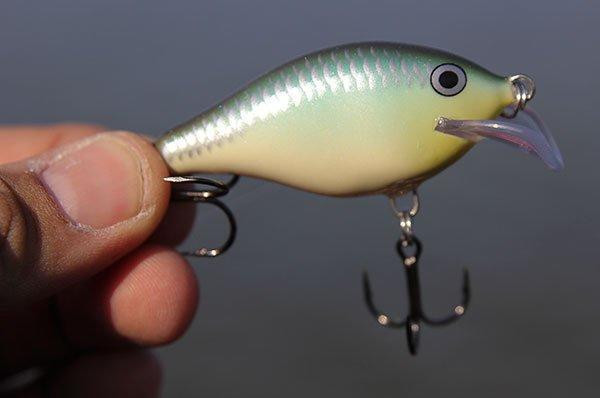 The Rapala Scatter Rap doesn’t just have a killer action—it’s tough, too. I’ve been banging it off docks to solicit reaction strikes and the bill has held up nicely with no cracks or separation from the body.

The body of the bait has also proved to be quite durable as well. A crankbait that quickly loses its paint is a major headache, but the Scatter Rap has been very resistant to hook rash and teeth marks thus far.

Smaller crankbaits are a great way to differentiate your presentation from other anglers’ in pressured water. Bass become accustomed to seeing big, bulky crankbaits whiz past their face, making the compact Scatter Rap a deadly weapon for finicky bass.

I’ve also found the small profile useful when fishing around cover. Although it doesn’t have a square bill, it still manages to find its way through cover relatively easily due to its small size. You don’t have to worry about a big, bulky bait getting wedged between tree limbs or dock cross beams.

Available in a lot of cool colors

Most anglers are familiar with Rapala’s original colors—many of us have caught our first bass with original colors such as Hot Mustard. Fortunately, the Scatter Rap is available in many of the original, fish-catching colors.

If you’re more of a “new school” angler, you’ll be able to get your hands on some of Ike’s Custom Colors as well. I’ve been throwing the Ike’s Smash color in lightly stained water with some pretty solid results. 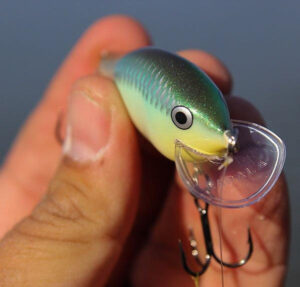 To get the most of your Scatter Rap, we recommend a medium-action rod that will load nicely with smaller baits and give the bait enough tip to perform its special action. We’ve had success with both casting and spinning gear, but a spinning rod will help you cast more efficiently in windy conditions.

Crankbait season is coming fast, and we definitely recommend picking up a few Rapala Scatter Raps. The bass have never seen anything like it, so we’re confident that you’ll find a lot of success with it. Each crankbait is priced at $8.29 and well worth the investment.

The Rapala Scatter Rap can be found at Tackle Warehouse.