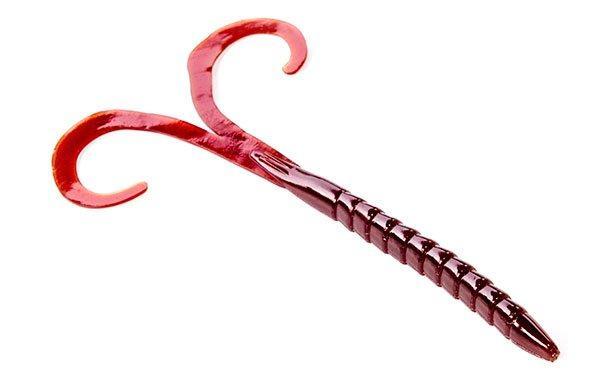 As the summer fishing season gets cranked up in many parts of the country, you can expect big worms to start catching some huge bass. I’ve been using the Missile Baits Tomahawk for quite a while now and have been very impressed by it. Whether I’ve used it to target pressured fish or relied on it during tough post-spawn conditions, it has continuously produced bites for me when many other bass fishing soft plastics fall short.

There are several reasons I’ll be using it throughout the summer months.

Big ribbontail worms have been around for a very long time and it shouldn’t be a surprise—they catch a bunch of bass. But as fishing pressure increases throughout the summer, many anglers report a decrease in their effectiveness. In my opinion, this is because the bass become accustomed to seeing the same profile, shape and action every weekend. This is where the unique action of the Missile Baits Tomahawk comes into play. 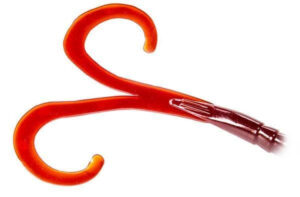 Measuring a lengthy 8 3/4 inches, the Tomahawk has an awesome double ribbontail design. Not only does it give the bass an entirely different profile—it also produces incredible action with the slightest movement of your rod tip.

I’ve spent a lot of time tinkering with this bait in shallow, clear water in order to get a good feel for its behavior with different rod movements. By lifting your rod tip just a few inches, the twin ribbontails undulate very well beneath the surface. This allows you to unleash its action while keeping it in the most productive strike zones longer. Instead of having to aggressively drag it around structure and through cover to make its tails perform, you’re able to slowly crawl it and keep it in front of big bass without whizzing it by their faces. Because of this, I’ve had a lot of success fishing the Tomahawk very slowly and deliberately in tough post-frontal conditions. 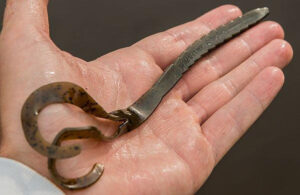 You don’t hear many folks praising soft plastics for their “oily” feel, but I’m a big believer in it. When you remove a Tomahawk from the package, you’ll immediately notice how slippery it is. Sure, it feels kind of snotty and you’ll probably have to wipe your hands on your jeans after rigging it, but it serves an awesome purpose in both shallow and deep bass fishing applications.

I love fishing deep brush piles throughout the warmer months and the greasy feel of the Missile Baits Tomahawk has actually reduced my number of hang-ups pretty drastically. Instead of the big tails getting snagged and wrapped around the small limbs and twigs of deep brush, they’ll actually slide right past them. This allows the worm to fall as one cohesive unit which will increase your chances of a solid hookup and reduce your number of irritating snags.

I’ve also fished a lot of shallow grass with the Tomahawk and have found its slipperiness to be an advantage. A lot of folks in my area flip jigs and small creature baits around vegetation and the bass get wise to it. As a result, I’ve enjoyed a lot of success flipping this worm in the same places with outstanding results. Although it has a pretty big profile, it falls through holes in the grass with the utmost of ease. There’s no quicker way to spook a big bass than shaking a soft plastic as you try to manipulate it through small openings but I haven’t had that problem with the Tomahawk. Each time I flip or pitch it into the grass, I know it will fall to the bottom without any hassle whatsoever.

I love using versatile soft plastics—not only does it lighten the load in my boat, but it also saves me a bunch of money. If I can find a bait that can be used for a variety of techniques, I’m all over it. With that being said, the Missile Baits Tomahawk is a multipurpose big worm that works very well for several applications. 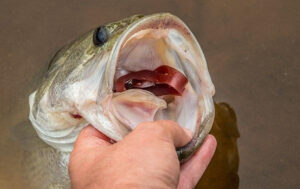 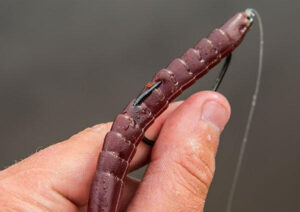 A lot of big worms are bad about losing their tails after just a few short strikes. Whether the bass are biting funny or there are bream in the area, you’re bound to burn through some big worms. The Tomahawk, however, has really impressed me with its durability.

I’m averaging about three to four fish on each Tomahawk, which means I’m catching at least 21 bass with each pack. Priced at $3.99 per pack, that’s pretty darn impressive in my book. The head section of the bait holds up very well to multiple hooksets and the worm stays in place on the hook—rarely will the head slide down the shank.

If you want to show your local bass a totally different look this summer, I definitely recommend checking out the Missile Baits Tomahawk. I’ve had a bunch of fun with it so far and I think you will, too.

The Missile Baits Tomahawk is available at TackleWarehouse.com.