Â I was probably more excited to fish with the new Minn Kota UltrexÂ than any new fishing product announced since early 2016. I wanted, however, to spend a lot of time fishing with this trolling motor before I wrote a review on it, so I could give a full evaluation of it after lengthy use in a wide variety of fishing conditions.Â

The first thing you notice about the Ultrex is the more command center interface of the foot pedal. While it still has power switch and variable speed controls on the pedal, the Ultrex also offers multiple function control like Spot Lock, North orientation, continuous thrust and more from the touch of a toe while fishing.

The hands free operation and responsiveness of the Ultrex makes it a very worthwhile addition to any fishing boat. I canâ€™t tell you the amount of times, Iâ€™ve gotten a bite, mashed the Spot Lock button quickly and then just worried solely on landing my fish without worrying about whether I was going to be able to hit the sweet spot again after I was done landing the hooked fish.

The Spot Lock algorithm is greatly improved on the Ultrex compared to predecessors initial iterations like the Terrova and Ulterra. Instead of waiting for the boat to move too far off a waypoint or GPS location, the Spot Lock will recognize within a few feet that it is deviating off course and get you back into position.Â

In the early models of Spot Lock technology the boat was constantly moving trying to stay on a GPS coordinate. But they seemed to have much more efficiently perfected the art of staying on a GPS spot.

No blowout or thrusting

The Ultrex has a very stable head control so the trolling motor is not kicking out hard to the left or right in waves. So you keep not only your heading but your position much more efficiently so the boat is not constantly lurching to the left or the right as you fight to hold position in waves, current or wind.Â

Whether you are controlling it manually with your foot, or Spot Lock is doing it for you, the trolling motor uses variable speed and a pulsing action to keep you in place without lurching and ejected you out of the boat in the process.

If you run Humminbird units and Lake Master cartography, you can unlock a ton of added features through the i-Pilot Link technology. The trolling motor can follow contours, jog off a certain number of feet, focus on depth ranges and a lot more plus integrate your mapping with how you are fishing an area.

Itâ€™s fairly impressive what it can do with this setup and is almost like having another angler or a guide in the boat with you at times where you can literally just worry about casting and fishing or what your lure is doing in the water and not worrying all the time with boat position.

But even in my boat with Lowrance units, it has its own GPS system, and I’ve found it has coordinated well with what I’m seeing on completely unconnected units.Â

While the Ultrex is an amazing new tool for anglers, I would also caution anglers on a few things Iâ€™ve found now running several different units on different setups. The first of which is adding cables and transducers to the setup. What you have to consider is that when Spot Lock is in control, the head might want to rotate beyond a full 360 degrees.Â

If you have a cable rigged too tightly on the shaft of a trolling motor and up past the head or have too mush loose cable hanging out, the cables can get bound up and Iâ€™ve actually seen one get pinched and broken because of it. So keep that in mind when you are rigging the Ultrex with additional transducers and not using the internal US2 scanners.

The other caution I would make concerns the bracket and the shaft of the Ultrex. While it looks just like a Fortrex bracket at first glance, keep in mind their is a motor housing where the spring loaded breakaway part of the Fortex bracket used to be on the Ultrex. That spring enables a Fortrex to hit a pretty solid object in the water and deflect off it without any damage to your trolling motor.

While the Ultrex shaft is made of a pliable design and can flex quite a bit, it canâ€™t take a direct blow like a Fortrex trolling motor can. I have seen broken Ultrex shafts from hitting solid objects with nowhere for the motor to flex around. But thatâ€™s been the same with all electronic steer trolling motors. They have a motor where most trolling motors have a breakaway system. As with any technology there are always tradeoffs. How much do you want one ability with your equipment versus another.

I said when they first announced the Ultrex in 2016 that it will be one of those technologies that youâ€™ll wonder how you ever fished without it. While you certainly can catch fish without so much technology, it is pretty crazy how much you adapt your fishing when you do have the convenience of technology like this.Â

I have used the Spot Lock functions in all sorts of situations out fishing. Sometimes I just hit to sit down and tie up a few lures on a few different rods or to look at maps or drink a water. Itâ€™s nice to just go out in the middle of the bay and hit Spot Lock and rig up your stuff before a tournament and not have to be anchored up right next to everyone. I like that anytime I get a bite, I can hit the button and move around in the boat, get the net and not worry if I will be able to hit that spot again.Â

I am mindful of hitting Spot Lock when Iâ€™m shallow, or around something like a dock. The trolling motor doesnâ€™t know what else is in the water near it. Itâ€™s just moving against the wind and current.Â

Iâ€™ve tried it with things like crappie fishing deep brush in the wind. Itâ€™s not exactly precise but I caught a bunch of fish using the features of the Ultrex in less than ideal conditions.Â

I had a couple trips this summer where I was sitting on schools of fish and actually standing on the back deck and casting to them by myself while the Ultrex held me the other direction against the wind and current. It was almost like having a robotic guide in the front of the boat holding me on the juice while I just sat in the back and hammered on them.Â

I will be honest, I still have a lot to learn about the trolling motor.Â I’m sure I’m not even tapping the potential of it yet with things like the i-Pilot remote or the app on my phone that can run it. I’ve been too chicken to try the remote and the trolling motor deployed after launching by myself but I plan to in the future.

The Minn Kota Ultrex I have rigged on my boat retails for $2,299. Itâ€™s quite the investment in technology, but for a lot of anglers looking to make a big upgrade to their fishing boat, Iâ€™d be hard pressed to find a better upgrade that offers as much performance and functionality to every day youâ€™re on the water than an Ultrex. You can find out more about them at minnkotamotors.com.

See more from my time with the Minn Kota UltrexÂ in the following slides. 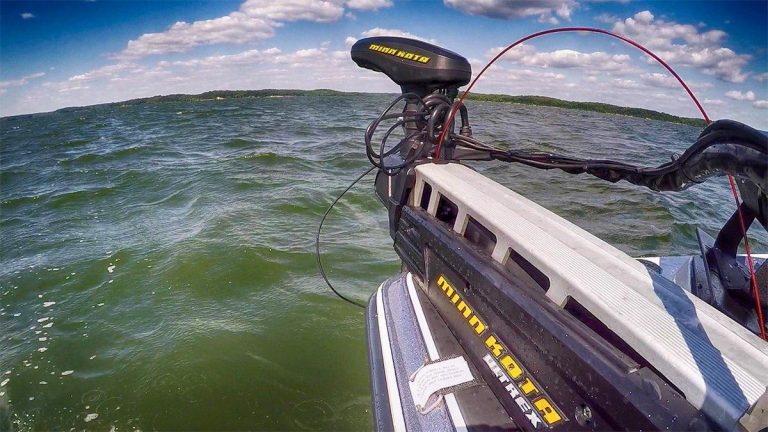 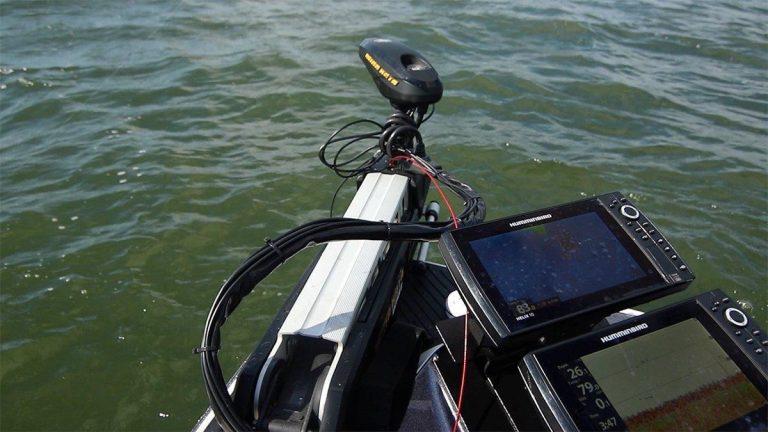 Jog stability has been impressive in rough conditions 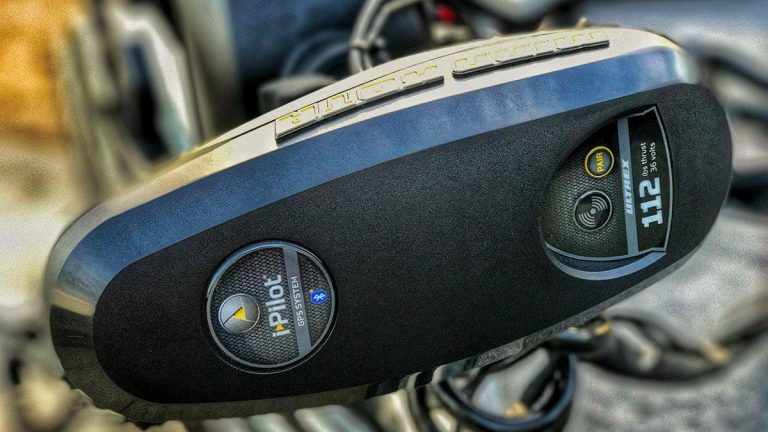 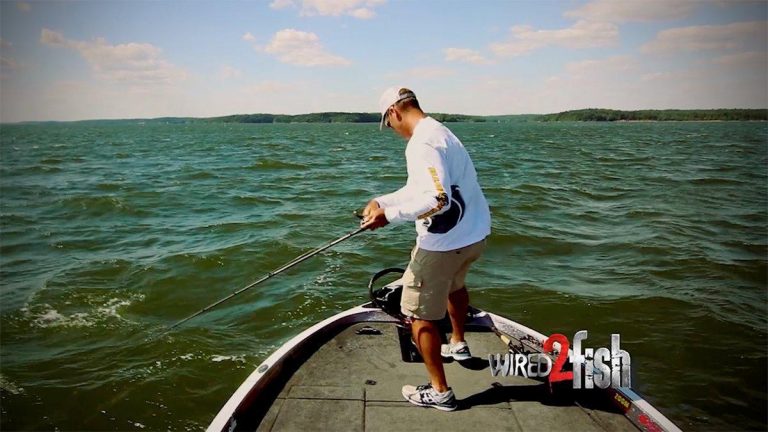 Terry Bolton and I spent a day filming in some of the roughest water we could find to fish this summer to show what the Ultrex could do with Spot Lock and high winds blowing against the current on Kentucky Lake.

Rock solid when stowed, even in rough conditions 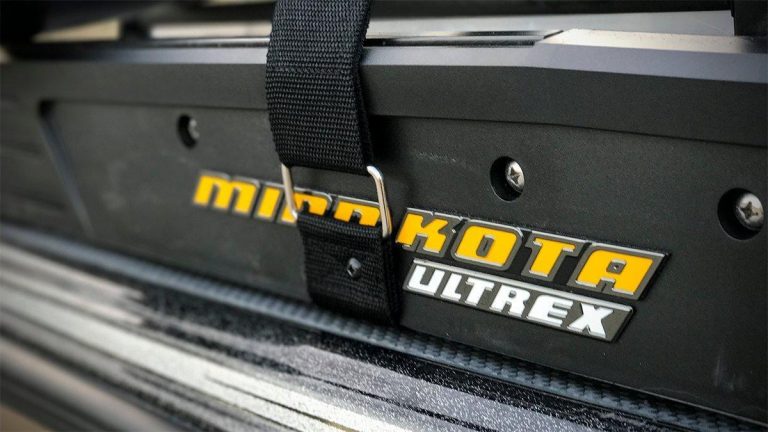