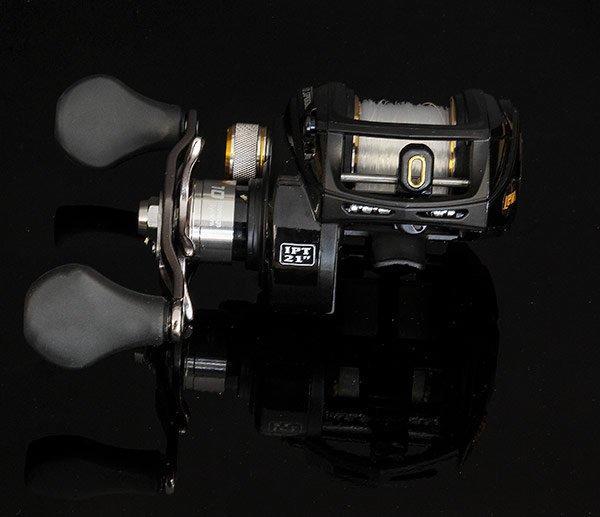 There are certain niche fishing products introduced that not only stand the test of time but over time become cult classics. Especially when they become scarce after being discontinued or changed radically and generally not for the better. The Original Wiggle Wart comes to mind as does the Original P70 Rebel Pop-R.

In fishing reels there have been cult followings among bass fishing anglers like the old green Curados and of course the Lew’s BB1 and BB1N. The BB1 quickly became a staple among bass fishing guys who loved to throw deep-diving crankbaits. When the production moved to Ryobi, the reel changed to the BB1N before the company finally shut its doors.

When that happened, the original BB1 and BB1N Speed Spools were the hot classic reel to own and guys began to horde them. A whole new market opened for guys that could repair them and for parts and accessories for the olds reels.

So what was it about those old reels that drove guys nuts trying to find them after they were gone? For one the reel took up 21-inches per reel handle turn. That’s what many designers have called the sweet spot for making a good crankbait reel. It had a great low gear ratio at 4.9:1 which gave it a ton of torque to make winding deep plugs less of a fatiguing battle.

The reel guide was extended and further from the spool than most other conventional baitcasters and this gave the reel unparalleled casting distance. The last attribute and maybe it’s most important was that it did not have instant anti reverse but rather a multi-stop reverse. Many famous crankbaiters have said that enables them to actually feel every sway, wobble and wiggle of their crankbait. It’s actually transmitted from the line into the reel in the palm of your hand. It had everything a crankbait angler would want in a reel.

Fast forward some 20 years and Lew’s proudly presented the new Lew’s BB1 Speed Spool in 6 models at the 2012 ICAST Show in Orlando for the 2013 fishing season. Guys have been clamoring for Lew’s to remake the BB1 ever since the brand reappeared on the market under new ownership two years ago. But the thing is with technology and design, old products are never just re-released, they are further enhanced using the advancements in materials and technology.

The new reels, therefore, have not only several of the features that made the original so good, but also new enhancements like 6-Pin Centrifugal Brake System (CBS), forged aluminum double anodized spool, big oversized titanium line guide, low profile design, swept handles, clickable drag and tension and more. But the reels take up the 21 inches on the 5:1 models, feature multi-stop anti reverse on the low gear ratios, feature an extended line guide for greater distance casting and the big paddles on the handle.

The results is a reel that sounds like it could supplant the original as the greatest crankbait reel. Of course we take every claim in fishing tackle with a grain of salt anymore. So we were pretty anxious to get the reel on the water and see what it could do.

The casting on the reel is beautiful and powerful. It took a little bit to get used to how it casts and how to set the pins on the 6-pin smart CBS. It’s accessed under the left side plate by pulling the pin that you would normally unscrew. That tension pin makes changing up in the wind and such pretty easy without worrying about losing a screw or something on a windy day. Once we had the brakes set for our personal taste (1 pin engaged), we took to some casting.

First we cast a 7/16 ounce weight with a plastic and could fire the bait what seemed like a mile. In all honesty we’re thinking probably 50 yards, but that was in a stiff wind with a just a wrist flick. A full on bombing cast with a big crankbait was the next test. We fired several big plugs to the deep ends of some secondary points and we were amazed at how well we could cast across the point and feel the plug’s deflection was increased because of the ability to get the bait a little deeper on such long casts.

While some pretty lofty claims are being made on how far it will cast. We plan to do some street measurements in the next week to verify the ability of the reel. But we can say we feel like we are getting greater distance on average than many of our other reels. It’s a fun reel to fish when you feel like you can bomb long casts and cover a little more water on every cast.

I had a few fish on the reel and feel like the drag was as smooth as anything on the market and easy to adjust in the midst of a battle with a hard fighting fish.  The reel feels solid and performs solid from cast to landing a bass. Most of the time we kept the tension on just enough so that our lure would fall and hit the floor and not spin more and backlash. Opening it up a little wider with less tension gave us greater distance but some inconsistencies on how well it spooled off the reel. So it will take a bit of time to get the thumb trained when running the reel a little hotter so to speak.

I have one of the reels now and I love it. I’m anxious for the bass to get on a deep cranking bite again already and will also experiment more with square bills and even lipless baits with it. But at $159.99 I consider this reel to be a heck of a good deal for anglers.