Today we’ll be breaking down the VLD 10 casting reel from Fitzgerald Fishing. Prior to using this reel, I had extensive experience with Fitzgerald Fishing’s multiple rod lines and a few of their other products, but little to no experience with their offering of reels. I’ve been pleased with the VLD 10 as it has held its own over the last few months. Let’s dive on into the particulars of what that looks like now. 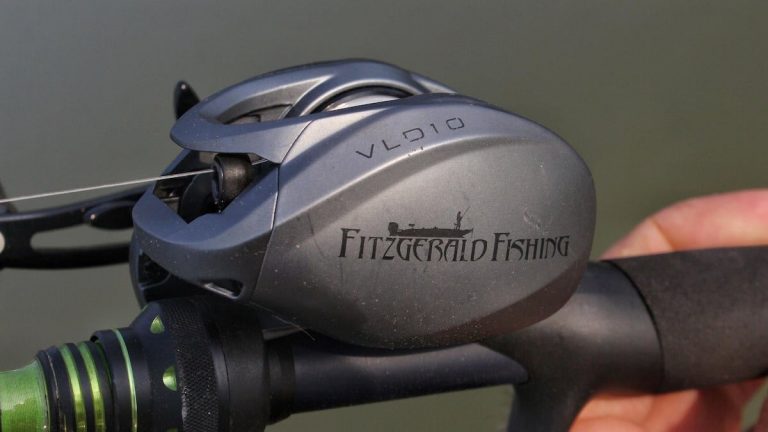 The mechanics of a reel are important to me, obviously. A reel has to be able to cast well and have a good drag system. Those characteristics result from the guts of a reel, and we’ll get more into that in a few minutes. But in my experience, if the exterior of a reel isn’t up to par, the guts won’t be able to hold up for long either.

I’m fairly rough on my equipment. A reel of mine is in and out of my truck, dad’s boat, other boats and even tossed onto the ground from time to time. I do a lot of bank fishing and metal boat fishing, both of which are rough on a reel. You can see a few visible scars from the wear and tear on the Fitzgerald VLD 10 Casting Reel as it has made its rounds the last few months. But the all-metal frame has done its job. The inner workings of the reel haven’t skipped a beat because of the strong exterior shell.

Among other features, the VLD 10 has the two same controls that you’ll find on the majority of the baitcasters offered today: a spool tension knob and a star-shaped drag control. The spool tension knob is the little circular knob between the handle and the reel body and is adequately named, since it’s used to adjust the tension applied the spool needed to start it spinning. This adjustment helps create smooth casting and is a feature on the VLD 10 that is on par with most other reels.

The star-shaped drag control, again a common feature, is also adequate with the VLD 10. I like that it’s metal, since I have had a spoke break off a few times on other reels when this control was made of plastic. The 20 pounds of carbon fiber drag that this control dishes out are a little beefier than some other reels. This makes the VLD 10 a great reel for flipping, frogging and other power-fishing techniques. But it’s still not so heavy duty that it’s not versatile and able to handle several of the lighter, more finesse baits as well. 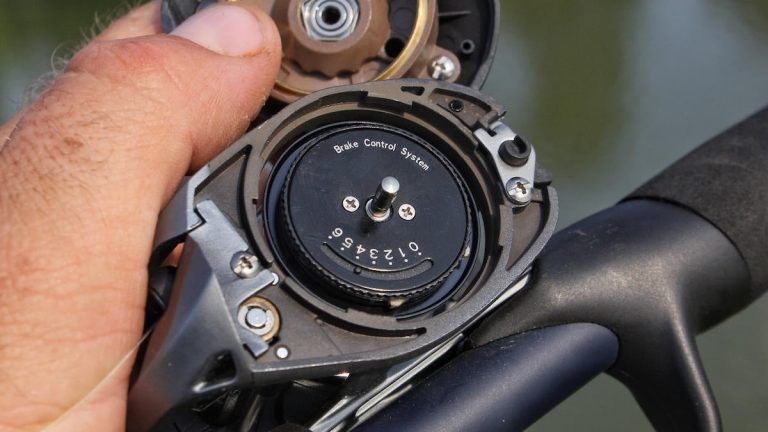 The most noticeably different design characteristic I’ve found with the VLD 10 lies within its centrifugal braking system, along with how you access it. To adjust the braking system, you must first remove the side plate. To do so, look under the side of the reel opposite the handle and you’ll see a toggle lever with the words “open” and “close” at either end. Toggle it to “open” and give the whole side plate a slight counter-clockwise twist and you should be able to lift it off.

Once the side plate is off, you’ll see a very simple system for adjusting the brakes. Simply position the control from 1 to 6 to determine how little or how much the braking system slows the reel down as the bait nears the end of its cast. Some braking systems are a good bit more complicated and I can never remember from one reel to the other what to do. With the VLD 10, you have 6 options contained in an easy to access, but also very protected area of the reel to assure you won’t accidentally bump the control and mess up the settings.

Best of the rest

I like the handle on the VLD 10 as well. I’m not a big fan of round knobs but instead prefer handles like these with a little flatter knob, or even handles with paddles; they’re just easier for me to grip and most importantly, not lose grip of when setting the hook. And the handle is again made of metal which means the reel is going to last me longer. So overall, a nice powerful handle goes a long way with me on a reel.

The VLD 10 also has 10 +1 ball bearings which create a really smooth experience when both casting and retrieving a bait. A nice high thumb bar is something else I like on a reel, which the VLD 10 has. And then I’m also a big fan of options in the gear ratio department; I rarely go very slow but do like to jump up to an 8:1 ratio. So having multiple options there is a big deal to me to, which again, the VLD 10 has. 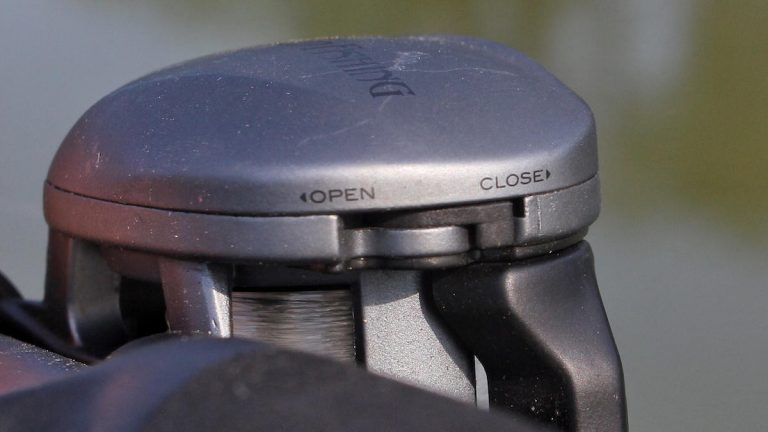 Overall, the Fitzgerald Fishing VLD 10 has been a solid reel. Its beefy design suits my style of fishing well. The substantial range in gear ratios is to be expected these days and Fitzgerald Fishing didn’t disappoint there. It has all the basics that you’d expect from a quality reel and I even like Fitzgerald’s slightly different and simpler take on the centrifugal braking system compared to some of the other reels in its price range and beyond, coming in at $179.99. For what it’s worth, this reel is one worth picking up in my book.

The Fitzgerald VLD 10 Casting Reel is available at the following retailers: