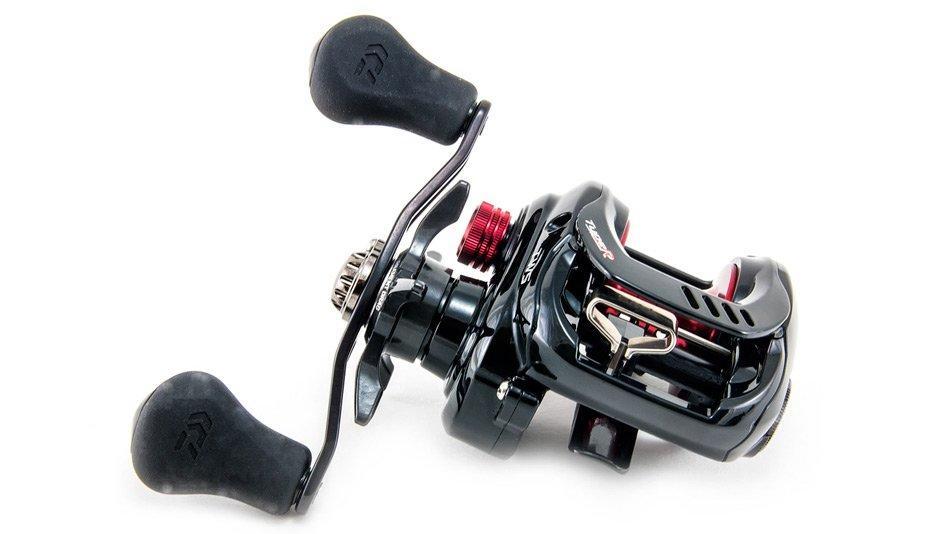 Daiwa launched a new line of reels in 2013 called the Daiwa Tatula and since then have launched a couple new players in that lineup including the Tatula HD and the Tatula Type R. I’ve been fishing the Type R version of the Tatula the last 6 months and found some interesting things with that reel that I think anglers will want to consider when making their next reel purchase.

Type R in the daiwa line of reels usually denotes a performance improvement of the original version of a reel lineup. The Zillion Type R is a fan favorite among all the reels in the Daiwa lineup even though the original Zillion was a great and proven reel. So I had high hopes for the Tatula Type R.

Here are some aspects of note on the new Daiwa Tatula Type R reels:

The reel weighs slightly less overall than the original Tatula baitcaster from 7.9 down to 7.6. But most of that decrease in weight comes from the significantly lightened spool A7075 aluminum spool. The decrease in weight of the spool facilitates easier casting of lighter baits like weightless senkos, small topwaters and even drop shots and shaky heads that may only weigh 1/8 ounce.

The spool spins easier with their Air Rotation System so there is less drag required from the lure to make long smooth casts. I fished a weightless senko on the reel a lot this past spring and summer. I’ve also fish small square bills, 1/4-ounce jigs and small jerkbaits on it as well and it casts them all beautifully. 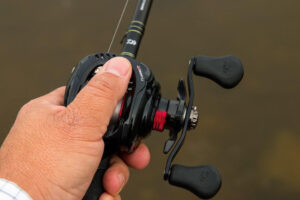 Speed and power in one package

The reel boats a 13-pound drag system but it’s been measured to as much as 17 pounds of drag. Couple that with 100 yards of 16-pound line for spool capacity and 8.1:1 gear ratios and you’ve got a workhorse of a reel that can take up a bunch of line and has the rear end to muscle fish out of the deepest cover.

The reel fishes light in your hand all day flipping and pitching shallow cover as well as it does bombing long casts with jigs offshore.

The T-Wing system works in conjunction with the Air Rotation System to make it very accurate and long on the cast while very smooth and frictionless on the retrieve.

This reel has a couple of corrosion resistant bearings added to it for more durability and better performance in harsher conditions like saltwater as well. 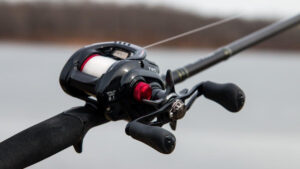 The reel looks great with solid dark black frame with red accents on the tension knob and spool. It fits comfortably in your hand and while it’s not the lightest reel in this price range, it’s still very comfortable to fish with all day. It casts as smooth as it reels and fights fish easily on a variety of line sizes.

I’m very happy with my original Daiwa Tatula reels, but I really like this slightly upgraded Type R Tatula as well. If you’re looking for a nice 8.1:1 reel in that $200 price range than you’ll definitely want to check out the Daiwa Tatula Type R. It comes in 6.3:1 or 8.1:1 ratios in both left or right hand options.

You can find the Daiwa Tatula Type R at tacklewarehouse.com or other retailers that carry Daiwa rods and reels. 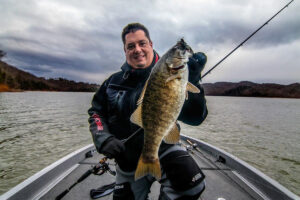