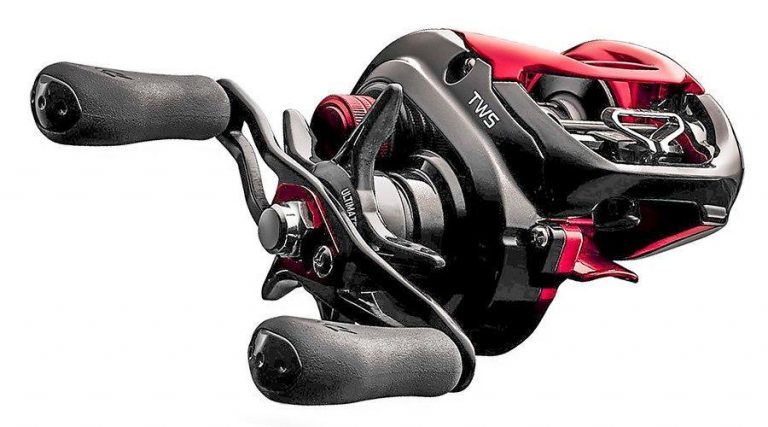 We were very pleased with the original Daiwa Tatula series of reels. They are building on that series with a new line up Tatula CT reels that offer smaller frames, with lighter materials and additions of new technologies as they refine and develop them.

I’ve fished with the new Daiwa Tatula CT Type-R baitcasting reel a lot lately and think it’s one of those special reels every angler will like. 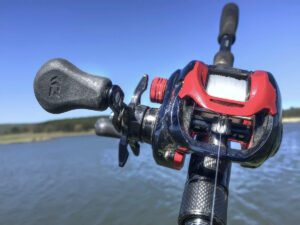 What I liked about the Tatula CT Type-R

The Type R reels in the Daiwa lineup are special. The Type-R designation was borrowed from the souped up racing versions of JDM automobiles, namely Honda. They put a Type-R designation on their vehicles to signify the improvements made to the car’s engine, suspension, etc. to make it race ready.

Type R in the JDM reel market signifies improvements to the standard models with super-tuned spools, bearings, and other components to give the reel improved performance on an already proven and solid platform of the original Tatula and Tatula Type R. So the Type-R version of the Tatula CT is a bit more expensive ($179) than the original Tatula CT ($129).

I own both the Tatula CT and the Tatula CT Type-R, and while the CT is an outstanding reel, especially at $129, the Type R does feel like a souped-up version in your hands and as I fished with it. 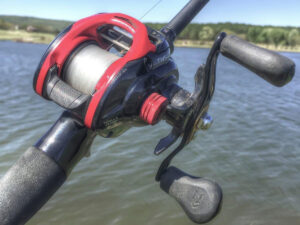 It’s nearly 1/2-ounce lighter than the original Tatula Type-R reel with a bit smaller profile so it fits in your hand and is very comfortable to fish all day. I carried one around for several days fishing from the banks of a private lake with ease.

It’s solid, durable, casts beautifully and freely and has silky smooth operation from cast to retrieve and drag to being drug through the mud. This reel is very easy to dial in perfectly with light baits and heavy baits. I fished it with weightless worms and big swimbaits. That’s a big variance in weight in fishing lures and the reel casts super smooth with both extremes.

The drag was solid giving really hard hooksets with minimal slipage on some fish up to 9 pounds recently. It engaged smoothly and evenly on runs of big bass on short leashes near the bank.

I fished the reel on a couple different Megabass Levante rods. I had the reel in the mud, in the water, bouncing around in the back of a truck and more. It still casts smooth and flawlessly. The open T-Wing System lets line out effortlessly. The Air Rotation system takes it up equally smooth. The big gears handle heavy baits as well as it did light lures. 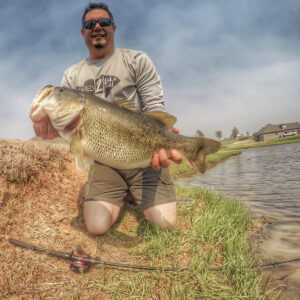 The Tatula CT Type-R runs like a souped-up hotrod and takes abuse like a dump truck. If you’re looking for a good workhorse reel, you should check one of these at your local tackle shop.