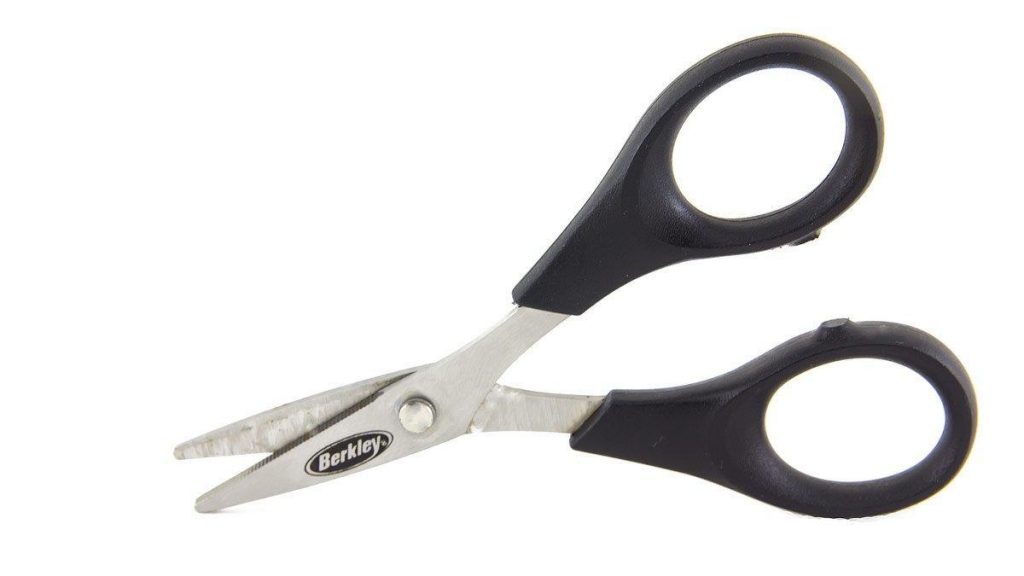 Scissors aren’t sexy. I get it. But they are very necessary if you’re an angler. There’s skirts to trim, knots to cut, retie and tag ends to cut again. There are plastics to trim and other things to clip here and there. So I was pretty happy to have settled on a pair of Berkley Superline Shears more than a year ago.

These are not just a small pair of scissors to keep around the boat. They are so handy, you will take them everywhere you fish. Some of the features that make this a great way to spend $5 include the following:

Scissors that are too loose don’t cut well. To get a clean smooth cut, the blade edges need to be tight and sharp to make a precise cut and not pinch and tear fishing line or whatever else you’re trying to cut. The Berkley Superline Shears were made to cut braid and other superlines. So for a small pair of scissors they are tight and cut really well. 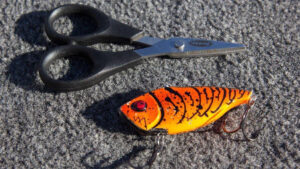 Rounded edges for take along

The scissors aren’t overly sharp at their points. In fact their small size and blunt edges make the perfect to throw in a shirt pocket, pants pocket or the pocket on your tackle bag when you travel to fish. 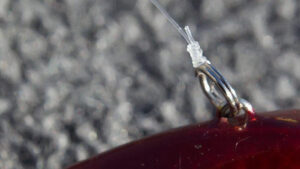 One of the things I particularly like about Berkley Superline Shears is that they are so sharp and cut so well I can hold stuff in one hand and cut it with the other hand. I don’t have to pull the line tight and try to cut and pull all at once. I can just line up where I want to chop off a tag end and cut away. That’s the sign in my mind of a good pair of fishing scissors. Some scissors will 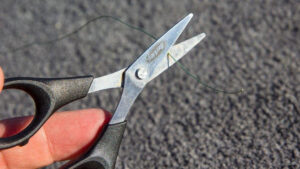 Braid is a real test for most scissors. The Berkley Superline Shears were designed especially for superlines. It features serrated edges to slice through tougher materials, blade tension to make an smooth cut and the right angle. It will cut the braid with no tension but it leaves a frayed edge. To make a clean cut, simply apply pressure to the line and it cuts braid clean every time.

These scissors are more than a year old now. They have a little rust from being caught in a rain storm or two. And they still cut like new. I liked them so much I bought two more pairs to keep in my shop and in my truck when I’m traveling to fish.

The Berkley Superline Shears retail for a whopping $4.99 and will last you for years of use. You can find them at Tacklewarehouse.com and most tackle shops that carry Berkley Tools.