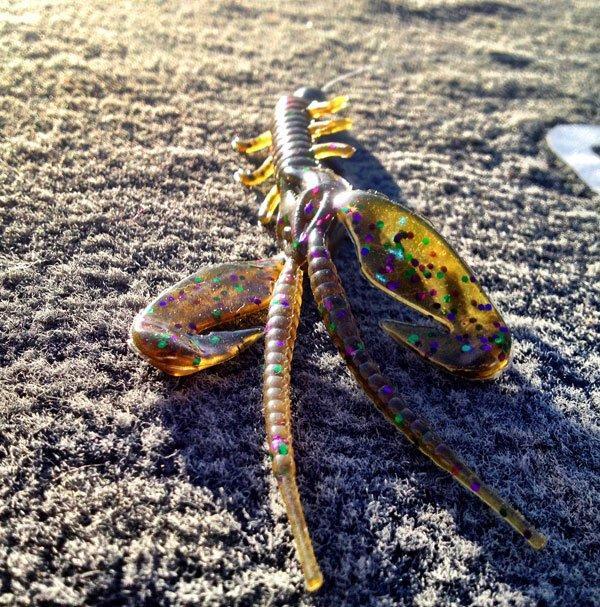 Crawfish imitation baits are undoubtedly big bass magnets. There are few other meals a fat bass would rather partake in than a crunchy, juicy crawfish. Over the years, the fishing industry has been flooded with new crawfish-shaped soft plastics, but truth be told, many of them are simply a chunk of plastic sitting on the bottom of a lake. Although these baits may be shaped like a crawfish, they don’t act like a crawfish. That, fellow bass anglers, is a big problem.

We’ve been fishing with the Berkley Havoc Scott Suggs’ Rocket Craw for a while now and have found it to be an extremely effective bait for a variety of applications. Throughout our testing, we’ve caught several healthy bass with the Rocket Craw, and take it from usâ€”the bass don’t just eat this bait, they annihilate it.

The Rocket Craw was designed by Berkley pro Scott Suggs, and he knows his stuff when it comes to shallow power fishing. Upon initial inspection of this bait, you will first notice its sturdy construction. While many soft plastics are thin, flimsy and quite delicate, the Rocket Craw is built to last. The extremities of the bait are very durable while still maintaining a soft feel to ensure the most natural presentation possible. The durability of the Rocket Craw has allowed us to catch multiple fish on each bait, which is a huge benefit for anglers on a budget. 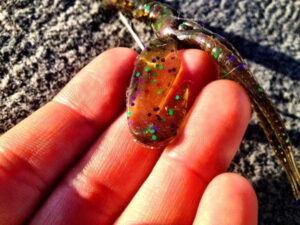 When in the water, the Rocket Craw perfectly emulates a terrified crawfish. When crawfish feel threatened, they raise their pinchers in hopes of deterring predators. In order to imitate this natural behavior, the Rocket Craw’s pinchers were designed to float, which draws a lot of attention from otherwise suspicious bass. To further tempt big bass, the bait’s pinchers also displace a ton of water, even when slowly dragging it. When bass feel sense this intense vibration coupled with the Rocket Craw’s defensive posture, it’s almost impossible for them to ignore it.

Berkley didn’t stop there, however. The Rocket Craw has two extra-long antennae, just like a real crawfish. Small details can make a huge difference to wise bass, and Berkley is spot-on with this soft plastic. The realistic looks and action of the Rocket Craw make it a great choice for clear water applications, and rumor has it that spotted bass can’t stand the sight of this thing. 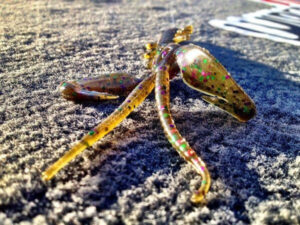 Many bass anglers overlook the importance of color consistency in soft plastic baits. Unfortunately, it’s a pretty common occurrence to open a pack of your favorite soft plastics and notice either an excess or lack of fleck and glitter in several baits. We have been very impressed with the uniformity of the Rocket Craws. With each bait being identical to its counterparts, you won’t have to think twice before grabbing another Rocket Craw during time sensitive situations. If you’re a big tournament angler, this can save you a great deal of time on tournament day.

Berkley has also infused this bait with its trademark scent. Additional scent makes a believer out of bass and makes them hold onto the Rocket Craw for much longer than other baits. A lot of other scented soft plastics tend to deter anglers as the stench can stick to your hands for days. This isn’t the case with the Rocket Craw, as its scent is strong, but not strong enough to make your midday sandwich taste like a dead crawfish. 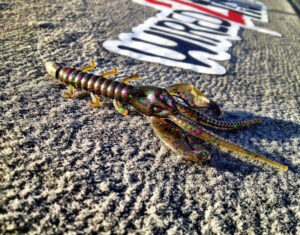 We have caught fish several different ways with the Rocket Craw. For flipping and pitching it has proven to be a rock star, as it comes through cover with ease and allows for great hook penetration on quick hooksets. When faced with clear water and spooky bass, we have also hopped the Rocket Craw around deep rocks on a shaky head and enjoyed a lot of success. If you love specifically targeting monster largemouth, we also suggest using the Rocket Craw as a jig trailerâ€”simply bite it in half and add it to your favorite jig. Combining the big profile of a jig and the realistic presentation and look of a Rocket Craw is a great way to tempt a giant largemouth.

Bass fisherman can never have enough soft plastics, and if you’re looking to replenish your collection, we suggest grabbing a few packs of Berkley Havoc Scott Suggs’ Rocket Craws. For only $2.99, it’s an affordable way to drive bass crazy.

To check out the awesome line of Rocket Craw colors, check out TackleWarehouse.com.