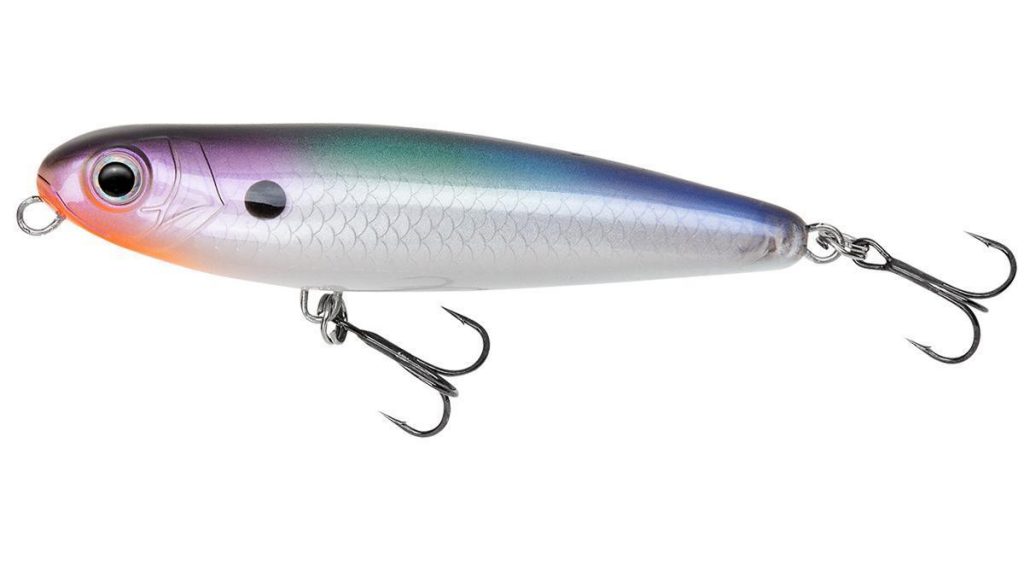 It’s safe to say most anglers love topwater fishing. What’s not to love about it. I’m constantly playing with new topwaters because I just find it soothing walking a bait on the surface trying to entice a crushing blow that interrupts the quiet calmness on the water. It just never gets old.

Recently, I’ve been throwing a new walking topwater from Bagley Baits called the Knocker B. It comes in two sizes, but I’ve only been throwing the 4 1/2-inch version that weighs 1/2 ounce. It comes in 6 colors, and as its name implies, it’s known for its very loud knocker inside. 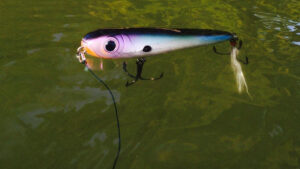 This walking bait casts a mile, starts quickly into it’s walk and has a horizontal profile in the water. It sits fairly level, but it displaces water nicely. At 1/2 ounce it casts more like a 3/4 ounce topwater. The knocker lodges into the tail on the cast which keeps it from fluttering too much on the cast. So you get maximum distance.

It has a pretty tight walking action and the knocker is very noticeable. There sounds to be a very large knocker and a couple of smaller knockers in there to give it both a deep and medium pitch on it’s walk and knock.

I’ve thrown mostly the shad colored one, but I thought the Bluegill and Baby Bass colors were pretty good as well. 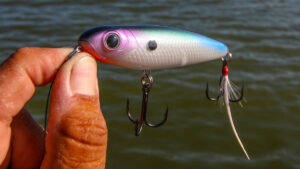 I’ve caught several bass around the grass with it. It’s easy to cast, it doesn’t make too big a commotion when it lands and it’s easy to get started walking on a long cast with braid. The hooks on it are very good out of the package. The finish has held up pretty well to hook rash and I’ve not had any issues with it walking around and catching it’s front hook on the line during a retrieve.

A few bass have hit it and engulfed it. I think the profile of it probably helps with that and maybe it’s horizontal profile. I throw a lot of walking baits. I fish on a very pressured fishery most of the time and the bass seem to get conditioned to certain baits and not others. I’m hoping this is going to be another good option for me because of the size, sound and distance I can cast it accurately. 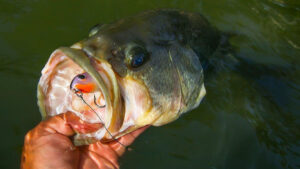 The baits have high quality split rings, hooks and finishes and it seems like it will last a long time. I’ve cracked it on shallow rocks a time or two, and knock on wood (pun intended), it has held up to some unnecessary abuse.

It walks well on medium to fast retrieve and better on a slow retrieve. It did tend to dip and dive a little in choppy conditions. But that’s more due to it’s size and orientation.

The baits retail for $7.99 and are just now hitting retailers for 2015. You can read more about these topwater lures at BagleyBait.com. 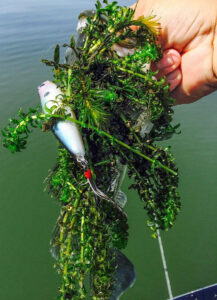