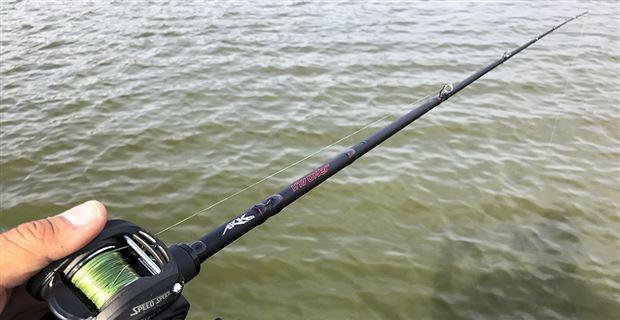 The folks at Ark Rods sent me the Invoker Series 7-foot, 3-inch Mag Medium Heavy casting rod to test recently. When the truck arrived with my rod, he carried it up to my porch like a dead body, two broken ends of the rod tube dangling, broke at an angle but somehow supported still. I had never seen a rod tube flop like that before. They had marked it locally as received in damaged condition. So I had little hope I was actually going to get to test this rod.

I opened the end and carefully slid the rod Ark Rods Inovker Series rod out of the tube and discovered it was completely intact. In fact there was no noticeable blemish or scuffs anywhere on the rod. So the tube was broken in two places, but somehow the rod was unscathed. A pretty good testament to a rods durability, and it hadn’t even been on the water yet.

The Ark Rod Invoker Series employs a Japanese 40Ton High Modulus Carbon Fiber wrapped with their Multidirectional Multi-layer (MDML) technology. The reel seat, fore grip and tangle free guides with Zirconium inserts are well designed and look sharp on the rod. The reel locks down nicely on the rod. I paired it with a Lew’s Super Duty reel and fished 65-pound Vicious braid on the rod in my testing.

I fished a Chatterbait a lot with the rod early in my testing. The rod has very good sensitivity and a lot of backbone. I actually dead lifted a 5-pound bass several times in and out of the boat just to see how strong the backbone was on the rod. I don’t recommend that, but the rod didn’t have any issue at all with the load. 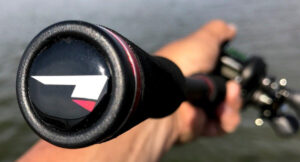 I also threw a bait a bit heavier than the suggested weight on the rod. While I was doing some fishing in Arkansas, I tied on a 2-ounce Megabass I Slide 185 and threw it around on a windy afternoon. I was able to land a bass near 6-pounds on the swimbait and thought the rod, absorbed the runs and jumps on a large bass well without tearing the hooks loose, even for a heavier action and using braided line. I was very happy with how responsive the rod was on the cast as well as the hookset and most importantly working a lure like that with rod twitches and sweeps.

The Invoker Series comes in 11 casting models from a 6-foot, 10-inch medium power rod up to a 7-foot, 11-inch extra-heavy power rod designed to the specifications of Elite Series pro Randall Tharp. Tharp has been helping design and using the prototype rods since January, and has yet to have one break on him. That’s saying something as he’s been known to break a rod or two with the way he puts the wood to the fish when he’s fishing shallow cover on a short leash. 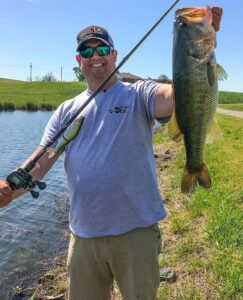 The rods look nice, fish well and offer a wide variety of actions. The 7-foot, 3-inch Mag Medium Heavy Invoker rod has a lot of versatility. It threw and worked a frog well, fished a chatterbait and big spinnerbait well and even threw a glide bait beyond it’s recommended lure weight. It has a ton of backbone and durability and will be a nice rod option at the $149 price point.

You can check out the Ark Rods Invoker Series at tacklewarehouse.com as well as retailers who are starting to carry Ark Rods this season. You can see more about these rods as well at http://arkrods.com/invoker-series/. 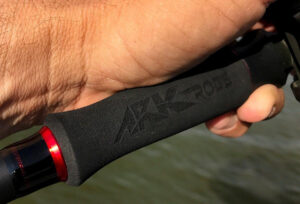 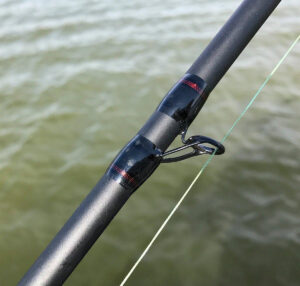 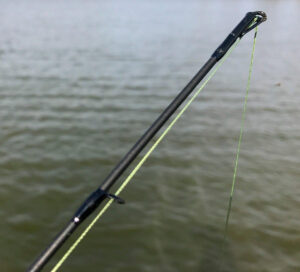 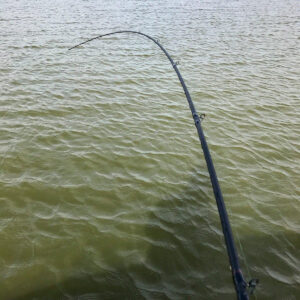 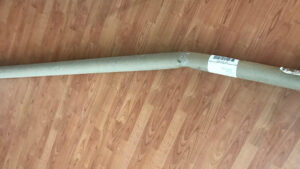 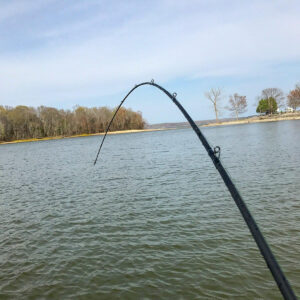