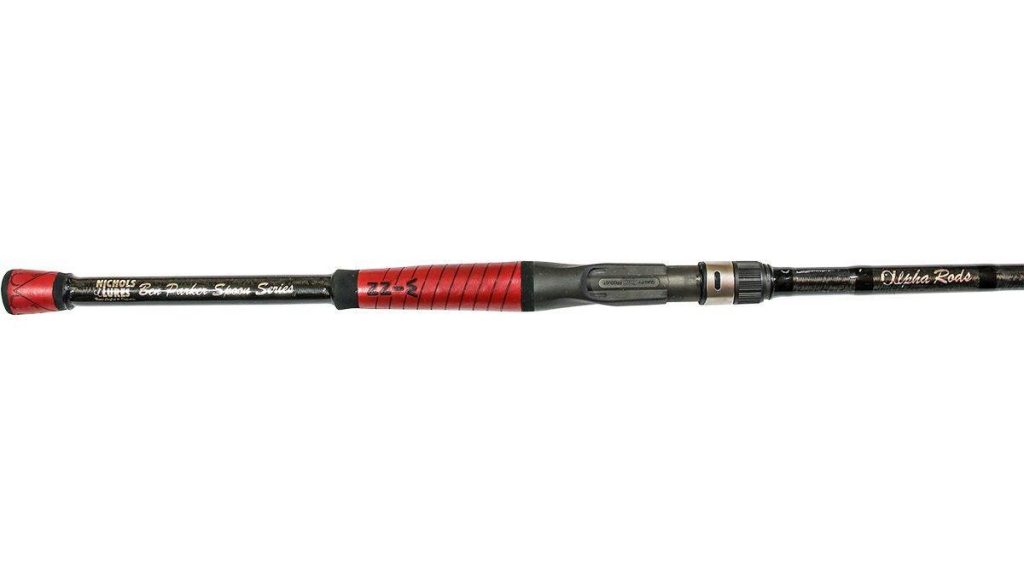 The ledge fishing community has been a buzz about big spoons for about the last decade. And Former Elite Series angler and Kentucky Lake ledge master Ben Parker set it ablaze in the last couple of years with his Magnum Flutter Spoons. Problem was most anglers were ill-equipped to handle a massive 3 ounce hunk of metal and rip it violently for which the technique called.

Parker was approached by Alpha Rods to build a rod specifically for this hot new technique and together they created the Ben Parker Series Spoon Rod. Parker gave me one of the rods just before ledge season this year to use and I found it a welcome relief to a technique I’m most fond of employing for ledge bass on the Tennessee River. 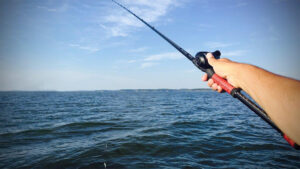 The Ben Parker Series Spoon Rod from Alpha Rods measures 7 feet, 5 ounces, features an extra-heavy power and extra-fast action yet weighs just mere ounces compared to other rods of this size and power. It’s capable of handling weights up to 6 ounces and can double as a big swimbait rod as well. 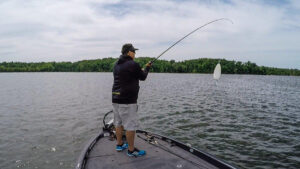 My experiences with the Ben Parker Series Spoon Rod

I’ve fished the rod for several months now, and I’m known to be a spoon guy on Kentucky Lake. Parker and I have compared notes for several years on spoon sizes, tweaks and modifications to how to rig and fish spoons and even where we fish them now. The functionality of this rod bears some impressive results.

I landed a few doubles this year with quality bass where I’m literally hooking and landing doubles weighing 7 pounds or better. I’ve caught a few 5 and 6 pounders on the rod and didn’t hesitate one time in swinging the fish aboard when I had their momentum coming towards me.

The rod is stiff but not with such unwieldiness that you can’t play an aggressive bass down when needed. I didn’t have issues with hooks tearing out either which was my chief concern with using an extra-heavy power and extra-fast action. When you get them close to the boat, you need to be aware of that possibility though. I make a point to either net them or swing them at first pass at the boat. 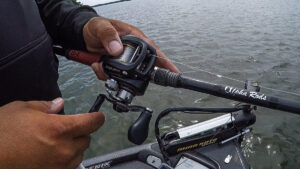 The Ben Parker Series Spoon Rod handles well, feels comfortable in your hand and helps relieve some of the fatigue with what can be one of the most exhausting techniques in bass fishing right now. Snatching a 3-ounce hunk of metal off the bottom in 25 feet of water to elicit reactions from competitive bass can be tiring. Paying a little extra for a light rod with a solid backbone can alleviate a lot of the work from your day.

Right now you can find the rod on NicholsLures.com and AlphaRods.com. These rods are made to order so it might behoove you to call and order one as they are often getting them out on an order by order basis. 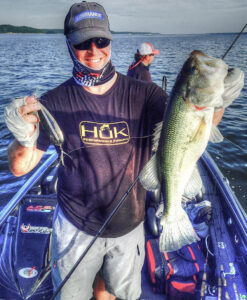