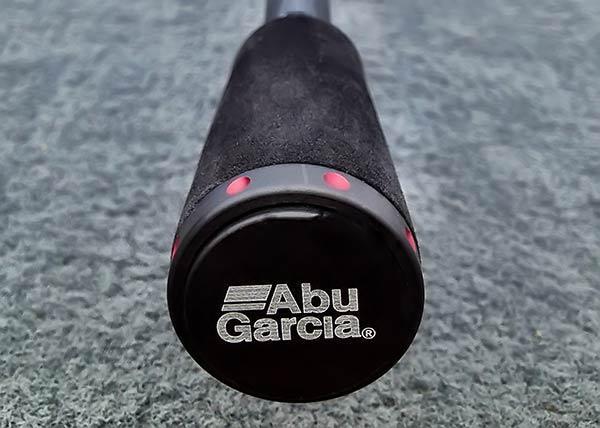 There are few companies that have been able to withstand the test of time in the fishing industry, but one that has continuously thrived is Abu Garcia. You won’t find many fishermen who are unfamiliar with Abu Garcia’s quality brand or level of innovation, and for this reason, we were excited to try out one of their new value casting rods â€“ The Vendetta series. Like the Revos, the Vendettas have gone through a few life cycles and had to overcome a few issues along the way so we were excited to see this latest generation of Vendettas and take them to the water.

Jason has been testing a 7-foot medium power, and I have been testing Abu Garcia’s 7-foot, medium-heavy power Vendetta Casting Rod, and listen closely when I say thisâ€”these things are sweet. The very first thing I noticed when I laid my hands on the Vendetta was the sheer weightlessness of the rod. I’ve played around with a lot of rods, and this one is honestly one of the lightest that I’ve felt. Before I even put a reel on the rod, I tested its balance in my hands, and was able to easily balance it with just my pinky finger on the reel seat. The 30-ton graphite blank construction makes this rod one of the most well-balanced, lightweight rods you can find.

Because the Vendetta is such a light, inexpensive rod, the skeptic in me came out a bit. I’ve fished with some light rods before and the lack of power and durability was usually a major issue. To satisfy my curiosity, I took it out on the water and purposely tried to set the hook as hard as possible every time. I really don’t want to know how a rod performs if I have to baby it all the time. The results were impressive, to say the least.

Rod power and sensitivity are absolutely key when fishing deep cover, so I headed to some brush piles to see what the Vendetta was made of. Using only a 1/8-ounce shaky head paired with a Zoom Ultravibe Speed Worm, I didn’t have much weight to cast with, but was really surprised when my first cast traveled about 30-yardsâ€”the rod loaded nicely with minimal casting effort. When my shaky head was in contact with the bottom, I could feel every piece of cover. The Vendetta comes equipped with a Fuji Soft-Touch ACS Reel Seat, which allowed me to have constant contact with the blank, providing added sensitivity. 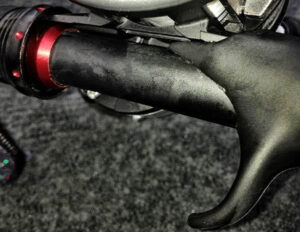 When I got my first bite in the deep brush, I felt something pretty cool â€“ as the fish was swimming with the Speed Worm, I could literally feel her try to suck the bait back to her crushers â€“ not once, but twice. I’ve never felt that feeling before with any of my other rods. Before I set the hook, I lowered the tip of the Vendetta to the water and did the biggest hookset I could muster. The Vendetta handled it like a champ and ripped the chunky 4-pounder right out of the brush with no problem at all. Although it is listed as a medium-heavy action rod, the Vendetta demonstrated the sensitivity of a medium-action rod.

Throughout the testing, I became increasingly impressed by the line guides as well. The Pac Bay DPL TiCH Frame Guides performed excellently while flipping shallow grass, adding to the sensitivity of the rod. The bite has been a little funny here with a lot of very soft bites, but the Vendetta allowed me to feel even the slightest nudge of my bait. Abu Garcia’s counterbalance system made it an absolute breeze to fish with all dayâ€”no fatigue whatsoever. For the diehards out there, this can prove to be invaluable when you’re making thousands of casts and flips per day.

Priced at an extremely reasonable $79.95, you’d be hard-pressed to find a rod with more value than a Vendetta. 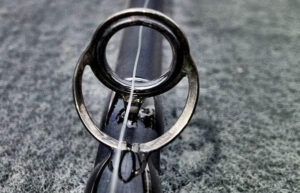 Jason has been slamming fish on his medium action rod already with big topwaters. He’s been testing the rod with a Revo SX Gen 3 reel with 65 pound braid and small walking topwaters like the Strike King Sexy Dawg. The combination allows for maximum casting distance, enabling him to cast longer and cover larger areas on a single cast while staying way off the fish in shallow clear water. He’s been able to catch some bass to 4 pounds on long casts. The guides keep the braid flowing effortlessly on a cast and the medium power helps keep treble hooked bass on the line even with the lack of forgiveness in the braid.

I’ve been whacking them with soft plastics and neither of us have been disappointed. Once you try one of this latest generations of Vendettas, you might just be ready to trade your more expensive rods for a whole set of Vendettas or fill in a few niche combos with these much improved rods from Abu Garcia.