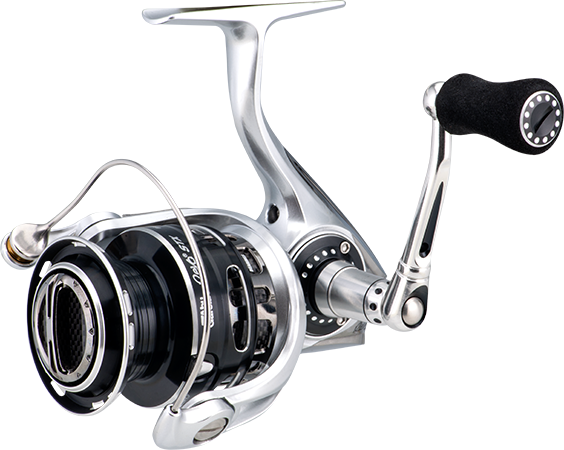 We were pretty interested in the new Abu Garcia line of Revo Spinning reels when they were announced just before ICAST in 2015. We were fortunate enough to get some last fall and have been able to spend several months fishing the new Abu Garcia Revo STX Spinning reel for largemouth, spotted bass and smallmouth bass on several different fisheries in several different states.

The Revo line is the best series of spinning reels Abu Garcia has ever produced. What really stood out was their smoothness throughout the cast, retrieve and drag on a fight. It’s obvious they researched the things that plague cheaper spinning reels and worked to answer each problem with new technology. A new frame, a new drag system, a new gear case, lighter and stronger materials all make these reels some of the best in the industry now.

These reels boast many features that produce such superior performance. Their new AMGearing System starts with computer precision gears that mesh together more fluidly and solidly so there is no slop or play in the retrieve. The IM-C6 Body Design gives them an aluminum frame for the carbon gearing system and carbon body and side plates. So you get a very rigid reel, that is very light and the tolerances are perfect and snug so that it performs very smoothly.

They have a Rocket Line Management system that makes it not only easier to spool a spinning reel evenly but makes casting and line management better with stiffer lines like fluorocarbon. 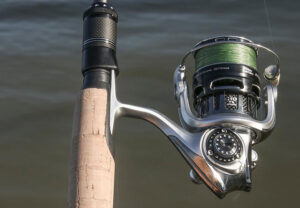 My experiences with the Revo STX Spinning Reels

I’ve fished with both the Revo MGX and Revo STX spinning reels since July 2015. I’ve caught spotted bass on Table Rock, smallmouth and largemouth bass on Kentucky Lake, all three kinds of bass in Alabama. These reels are very good. The Revo STX is not only a light reel at just a tad bit more than 6 ounces but they also sport a 6.2:1 gear ratio which is pretty fast for a spinning reel.

I don’t use a spinning reel as much as I do a bait caster, but a lot of that has been because spinning reels have been slow and clunky for decades. These new class of spinning reels in the last few years have really put spinning tackle on par with baitcasting tackle.

The best part of the these new spinning reels is the drag in my opinion. They built a new Carbon Matrix drag system that takes a lot less pressure to start. The key with spinning tackle is you often fish lighter lines. Your drag is critical. If there is a catch or it takes too much inertia to start the drag, you often can lose a fish to broken lines or bent hooks.

The drag on the Revo STX is silky smooth and starts easily. Perfect for light line applications.

The STX is the second reel in the new 6-reel Revo spinning line of reels from Abu Garcia. The STX prices at $199. You can order the new Revo STX at tacklewarehouse.com and at abugarcia.com.