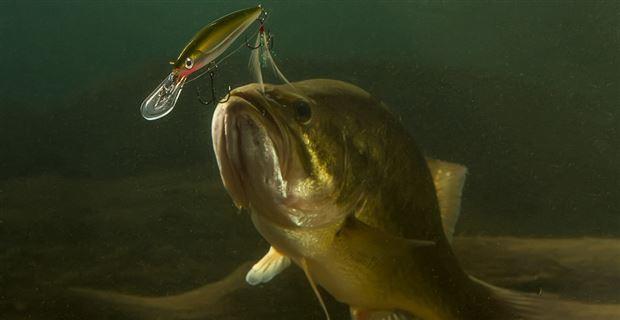 Bloomington, Minn. isn’t exactly the hotspot for an aspiring bass pro to grow up. It’s nowhere near the bass motherlands of Alabama, Texas or California â€” and an average of 1,200 miles from each stop on the 2015 Bassmaster Elite Series.

Rapala pro and Elite Series rookie Seth Feider doesn’t mind the driving and his roots have led him to success in a short time.

At 28 years old and with only 8 years of tournament fishing under his belt, Feider qualified for the sport’s top tour by compiling three consecutive top-10 campaigns in the Bassmaster Opens â€” an impressive feat to say the least.

Much of Feider’s success thus far in his career has come fishing a suspending jerkbait, which shouldn’t come as a surprise; hard jerkbaits are a staple in most anglers’ tackle boxes â€” when it’s cold.

What may surprise many is that Feider does much of his jerkbait damage in mid-summer, when the water temps are in the 70s and 80s â€” a time when most anglers’ jerkbait boxes are collecting dust.

“Hard, suspending jerkbaits aren’t just for cold water,” he said. “One of the biggest mistakes anglers make is putting them away once the water warms up. I’ve had great fishing days throwing a jerkbait throughout the summer all across the country.”

The reason Feider suspects many anglers tend to drift away from suspending plugs once the water warms is because they fish them the same way they would in the winter.

Fortunately, Feider was kind enough share some of his tips for fishing warm water jerkbaits.

To catch bass on a jerkbait, you’ve got to be around them; and steep breaklines offer prime habitat for summertime bass looking for a quick meal. They allow bass to rapidly adjust their depth to get comfortable if conditions change or feed when baitfish are present.

“In the summer, bass will definitely be on or near deep water in most natural lakes and reservoirs,” Feider said. “They like having the cool escape of deep water nearby, but also want to be able to feed shallow. It gets even better if there’s grass, rocks, or wood along a break.”

Targeting fish on long breaklines can be time consuming, and that’s the key to a jerkbait’s effectiveness. They present a tempting image for a long distance â€” which allows anglers to quickly and efficiently cover large areas.

“In the summer, it’s all about attracting bass and getting them to see your bait,” Feider said. “In clear-ish water, there aren’t many presentations that produce flash, sound and vibration like a jerkbait fished along a breakline. I like a Rapala X-Rap on the shallower breaks (4-8 feet), and the new Deep Shadow Rap in deeper water (8-12 feet). Both of those baits have excellent erratic actions, which is what I want in the dog days.”

Cadence is the No. 1 thing that Feider changes in the summer with jerkbaits versus the winter. In fact, most anglers watching him fish a jerkbait in the summer probably wouldn’t even classify his retrieve as a cadence. It’s too fast!

“You’ve really got to work that thing in the summer,” Feider said. “You want to make a long cast and start cracking on it as soon as it hits the water. It might seem super weird at first, but I can promise you a bass can swim way faster than you can rip a jerkbait. Usually, the faster and harder you jerk it, the more aggressive the strikes will be. You’ll be ripping that thing along and all of a sudden feel like you’ve hit a brick wall.”

The second benefit of working a jerkbait really fast in the summer is that it projects the image of the bait as far as possible. Most jerkbaits put off more flash and erratic action the faster you work them, so retrieving at a pace you may be uncomfortable with at first will actually be expanding your reach.

The second change that Feider recommends anglers make when fishing a jerkbait in the summertime is to re-assess their color choices. Translucent and natural colors like ghost minnow, natural shad and other subdued hues go out the window and in come the 1980s.

“For summertime jerkbaits, I get wild with my color choices,” Feider said. “I like colors like clown, chartreuse and white, orange throat, or if there’s smallmouth around, hot pink. Again, it’s all about attraction in the summer. Bass are curious by nature, so they will be more inclined to come check out your bait if it has got some color.”

A second reason to go gaudy with your jerkbait colors has to do with water color. In most places the water is at its clearest in the winter. That’s why the ghost minnows of the world work so well in the winter. In the summer, there’s usually at least some stain to the water, and having that splash of chartreuse, orange or pink helps bass locate the bait from farther away.