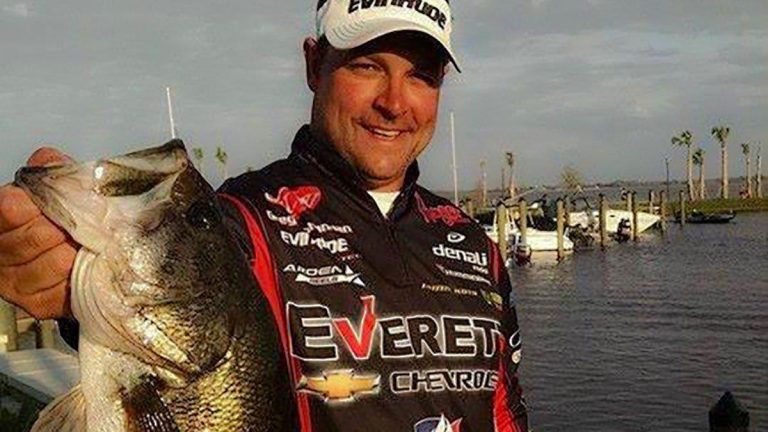 Across much of the country, the month of May coincides with the bass spawn. Whether it’s the first early bedders up north or the remaining stragglers on southern reservoirs, you’re likely to see bass on beds.

Because the spawn is such a short window, most anglers don’t have the time to gain tons of experience fishing around the spawn, which causes them to fish inefficiently—costing them fish by the end of the day.

FLW Tour pro Greg Bohannan travels all over the country each spring fishing, which significantly lengthens the amount of time he gets to fish during the spawn. In an average year, he may catch spawning fish as early as January in Florida and as late as June in the northern states.

All that time looking at bedding bass has caused Bohannan to develop an effective process for fishing during the spawn, making him very competitive in springtime tournaments.

“For obvious reasons, the spawn is a really exciting time to fish,” Bohannan said. “There are all kinds of bass shallow and you’ll see them and think that it’s going to be a really good day. But many anglers struggle because they get overwhelmed, don’t cover enough water, and lack a sufficient game plan for spawners.”

Covering water quickly is an outstanding way to maximize your catch when you’re targeting spawning bass. By keeping the trolling motor on high, you’ll not only increase your chances of running into a big one on a bed, but you’ll also be able to quickly assess the current phase of the spawning period.

Bohannan enjoys a lot of success by blind-casting a wacky-rigged Gambler Ace to visible cover as he speeds through the shallows.

“In the beginning, I’m really just looking for cruisers and bedding fish to figure out what’s going on out there,” Bohannan said. “Having that wacky worm allows me to throw at any high-percentage targets I run across. You’ll be surprised by how many you can catch just doing that between bedding fish.”

Once he spots a bed, Bohannan judges the size of the bass and decides whether to stop and fish for it or keep going. If it’s a big one, he’ll usually go past the bass and turn around, rather than try to stop short, which can cause the trolling motor to push water at the bedding fish.

Start natural and get gaudy

When targeting a bass on its bed, Bohannan’s begins his approach by pitching a Texas-rigged soft plastic towards it.

“I like to keep it simple with bed fish,” Bohannan said. “I’ll start out flipping a green pumpkin or watermelon-colored creature bait like the Gambler Why Not and try to get it in the center of the bed. If you’re quick and accurate, you can often get them to bite on the first flip, which I think a lot of times is because you’ve flipped something really natural looking at them.”

If the bass doesn’t bite quickly but stays in on the bed, he’ll then switch to something more gaudy such as white or chartreuse so that he can easily indicate the strike.

“Once I’m actively working on a bass, it becomes important to be able to see the bait better,” Bohannan said. “I still use a compact creature like the Why Not, but I’ll switch to white. In order to legally keep them they have to be hooked in the mouth and having a highly visible bait makes that much easier.”

If Bohannan stops on a bass, makes a couple pitches, and the bass doesn’t leave the bed, he’s confident it is catchable and will spend some time on it.

“You want to start out pitching to the center of the bed and just watch how the bass reacts,” Bohannan said. “If the bass is coming down to check it out, you’re probably going to catch her quickly. If she’s just sitting there and not reacting, then you’ve got to work a little bit to get her fired up.”

To agitate the fish, he’ll often repeatedly bump her in the tail with his bait and line, causing the fish to get agitated enough to bite.

“Some guys look for secret baits or sweet spots on the bed,” Bohannan said, “But I’ve had more success just plain bullying the bass into biting—if I came up to you and bumped you in the face and butt over and over again, you’d probably start getting pretty mad, too. It works the same way with a bedding bass. After a while you’ll see her start getting agitated, and then it’s just a matter of time before she’ll bite.”

Despite having pea-sized brains, bass aren’t stupid. It would be easy if all beds looked like big, white saucers out in the middle of a cove in 2 feet of water.

Unfortunately, the vast majority of them—particularly the ones with big bass on them—are fanned-out inside a laydown, next to a dock piling or underneath an overhanging willow tree. Because getting them out of these tight places can be challenging, the proper rod choice is imperative.

Bohannan has tried many rods for bed fishing over the years and has settled on the 7-foot, 2-inch Denali Kovert Worm and Jig Casting Rod.

“Bed fishing isn’t at all about finesse,” Bohannan said. “I want to hook the fish and get it away from cover and in my boat as quickly as possible. It always shocks me to see guys working a 5-pounder in a laydown with a drop shot and 6-pound line. I love that big Kovert because it gets ‘em out quickly. It’s long enough to have leverage, but short enough that I can accurately pitch in tight quarters.”

To complete his setup, Bohannan pairs his rod with a high-speed reel spooled with 20-pound Gamma Edge Fluorocarbon.