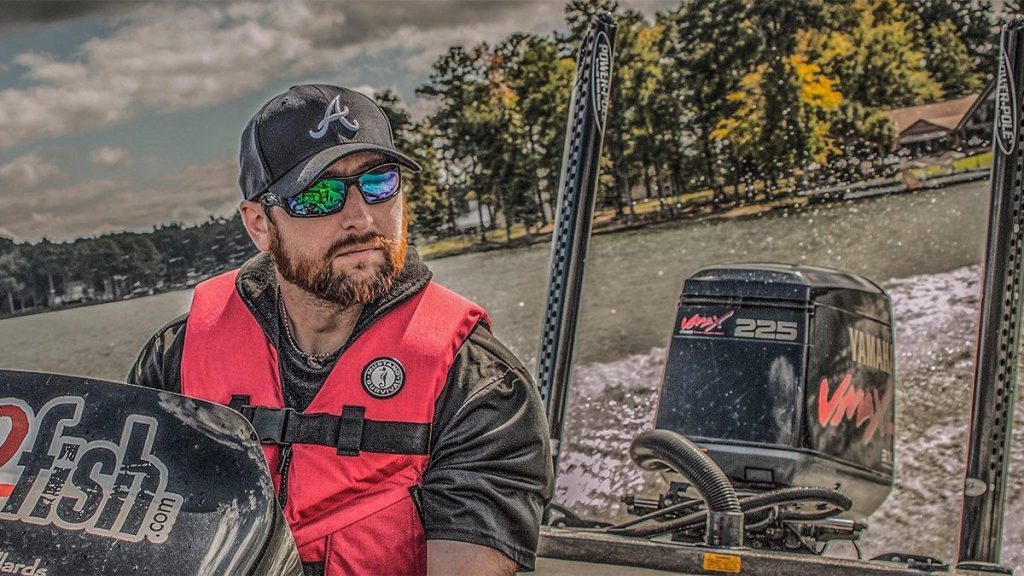 Life jackets are called “life” jackets for a reason. They are now called Personal Floatation Devices (PFDs), but the message has not changed. They help you float if you are in the water. They definitely can save lives, but simply stated, they have to be worn to do so. 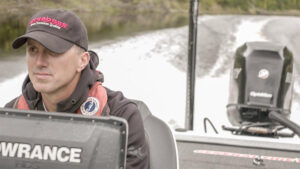 For as long as I can remember, life jackets have been mandatory in most upper-level tournaments. Ray Scott introduced them at B.A.S.S. sanctioned tournaments early on. The problem does however, lie in which ones are best.

With boats that reach speeds in excess of 75 mph, which ones make the most sense and which models are best suited for rough water, high speeds and possible impact conditions? We ride around at these speeds without safety harnesses or seat belts and honestly not much to hold onto, so a PFD is a necessity.

I always wear one when its mandatory but I too have been lax while practice or fun fishing. That is about to change. I have friends that wear them all the time and I plan on doing that as well this year.

In the early days, all life jackets were foam filled and had either a zipper or snaps in the frontâ€”the best ones had both. The bad part was most of the time they were one-size-fits-all and weren’t very tight as a result. They could also be too small, which meant they were worn loose at times and if the boater left the boat, most times he left the life jacket, too.

It’s funny the money we spent on boats and tackle but with life jackets we were often willing to take the back seat. 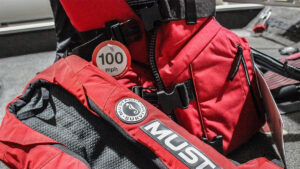 In my opinion, foam-filled PFDs are the best for obvious reasons. There is no mechanical device and the person wearing it doesn’t have to do anything for it to deploy. They also have a longer shelf life if cared for and stored properly. They can also protect your body from impacts, too. You just have to make sure to dry them out entirely after use.

Manual suspender-style PFDs have to be manually deployed to work and a hit on the head or loss of consciousness can spell disaster. I have several of this type but will no longer use them. Most of them have salt bobbins that have a short shelf life and if stored in a damp boat compartment may activate on their own. I have had that happen a few times and my confidence in them is not very high as a result. 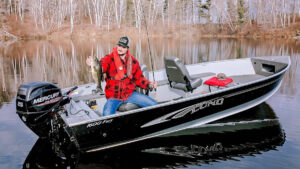 Hydrostatic suspender-style jackets are set off by water pressure once submerged. The new ones do work well and are light and comfortable to fish out of. They do have a good track record, but are more expensive and limited to a 4 or 5-year lifespan depending on how they are stored. They do rely on a mechanical device to activate. Your confidence in the technology will determine if this style makes sense.

It’s also worth noting that temperature can be an issue on their lifespan and affect the capability of all PFDs. 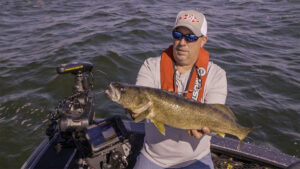 At the beginning of each year, it’s extremely important to inspect whatever type of PFD you choose. Check them for tears, holes or wear and also make sure the zippers and snaps are all there and work properly. I typically use Scotchgard on any new PFD I buy when I get them, especially foam-filled jackets to help better protect the fabric.

I cannot stress enough how important life jackets are and there is no good excuse for not wearing them. “Too hot”, “uncomfortable”, “restrictive” or “I forgot to put it on” doesn’t work when a life is at stake.

Kids need them, too

Remember, it’s mandatory for kids under 13 in some states to have them on whenever they are in the boat. So it’s imperative to make sure they have a quality PFD. Through-the-legs PFDs are a great choice for younger children to keep them from coming out of them in the water.