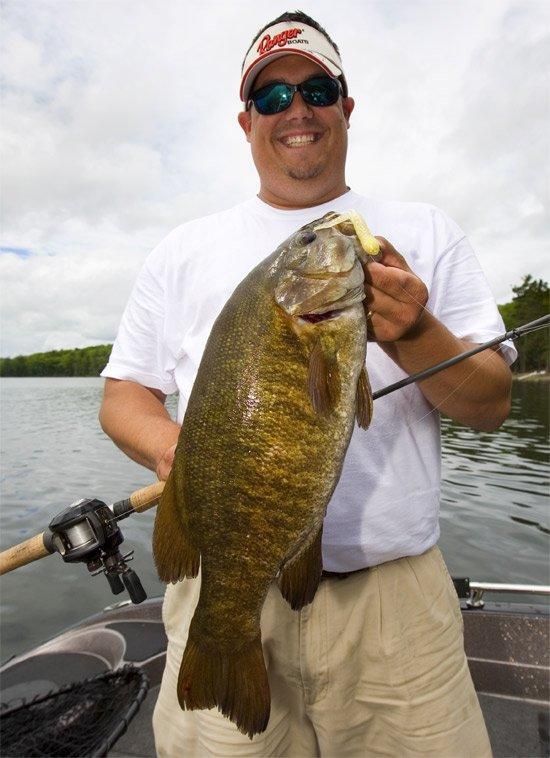 Setting goals for 2011 to improve our craft.

While fishing is an escape for most of us, goal setting in all facets of our life, at least the parts we care about, make us better. Better people, a better society, and most importantly, better anglers.

Okay maybe not most importantly, but having goals in fishing doesn’t mean you have to plan to beat VanDam or Ehrler next year in a big bass competition. I think any good person wants to improve. Improve as parents, improve in our careers, improve how we treat people, improve how we handle stress, improve our way of life and improve the parts of our life that we care deeply about.

Fishing, for those of us Wired2Fish, is more than something we do to pass the time as we down a six pack of cold beverages. It’s a pursuit. And it’s not just the pursuit of the fish. It’s in handling a situation or scenario, where we don’t control all the variables and yet we work hard to understand all the options and level the playing field between us and the fish. As we progress as anglers, we often tip the table so that the advantage is seemingly on our side.

The extremely good anglers, guys like Denny Brauer, Gary Klein and Shaw Grigsby have been stacking the deck in their favor in the game of fishing for decades. That comes with preparation. And that begins with goals.

1. Spend More Time on the Water

I’ve wanted to do this since I started in outdoors journalism 12 years ago. Yet it seems the further I go in my career, the further from the water I get. That and having a 7-year-old son who is as eat up with sports as I am. So I don’t regret not being on the water to be successful in my career or spend quality time with my son. But I also realize that to improve anything in fish, I have to be on the water to do that. I want to spend more time experimenting. I want to spend more time just looking and searching and finding new hot spots.

2. Manage My Time Better on Milk Runs of Spots

I wanted to learn Kentucky Lake and Barkley Lake better in 2010. This year I’m going to take it a step further and really focus on knowing when to be where. I’m finally figuring out how to find fish offshore a little better. And with that the next step in the evolution is knowing how long to stay and when to move and when to be on which spot. There is no simple way to achieve that goal short of just spending time on the water.

I’ve ran away from finesse fishing since leaving the clear waters of Beaver Lake. I want to power fish all the time, nothing but 15 pound line or bigger and medium heavy to heavy baitcasters for me. However I get beat occasionally in tournaments by guys throwing 8 and 10 pound test and small worms. So I’ve got to know when to pick up the fairy godmother wand and wield a couple keepers to fill out a limit.

Sometimes I get caught up on thinking how other people are catching them or will catch them that I get spun off my own plan of attack. Sometimes the greatest victories came from doing something totally unexpected — a surprise attack. I’m not saying I’ll make that my norm. But sometimes if I see a certain condition develop on the lake, I need to go with my gut and go catch them how I think the conditions are dictating and not be stuck in a rut of how I think everyone should be catching them.

5. Experiment While “on the Fish”

This is hard to do, but if you ever want to figure out what new baits will produce and what ones won’t, the best time to do this is when the fishing is good. Not when it’s hard to get a bite on anything. So this year if I get a good school going on a ledge, I’m going to pick up some new baits and see how they produce as well. It should open up some opportunities for me down the road.

So these are my five goals for 2011. Some will say I didn’t put win a tournament, etc. I want to do well every time I fish, competitively or not. At the end of the day, I want to outsmart some little slimy creatures that are the masters of their own domain. So if these five things help me to do that more consistently, then those are my goals for next year.