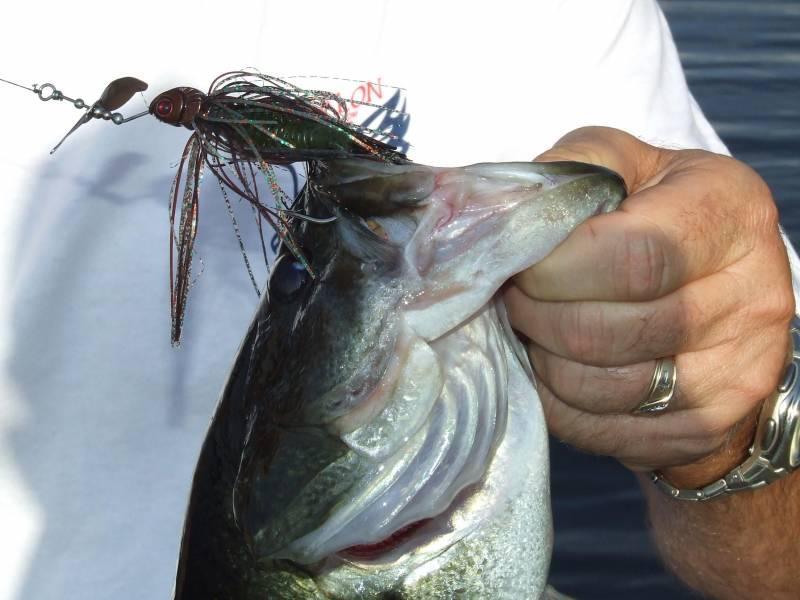 Most lure designs are basically small modifications of existing designs. On our last order from Tackle Warehouse, we picked up the new Talon Custom Lures Shibui Yana. It’s billed as a swimjig but’s actually built more like a spinnerbait. However it doesn’t resist and pull as hard. Not really like either of the aforementioned baits. It does have us intrigued.

Instead of cupped round blades or a hexagonal chatter blade, it has a rotating prop on the front like an oversized version of what an angler would find on the back of a topwater prop bait. Basically the bait has a minnow head and then a unique angler on a wire that has four beads and the prop and of course the line tie.

We fished the bait on a Mojo Bass rod that was medium heavy but had a slow tip so the rod would load nicely on a cast but have enough backbone to set a hook. What’s unique is the bait has a prop in the front but doesn’t create a lot of drag on the retrieve. So you could probably fish it all day.

It seemed to come through standing grass fairly well and through cover decent. All though we did hang it in a brush pile once. But it’s unique in that it could also double as a night time spinnerbait, something we want to experiment a little more with.

But for the most part, we like how it looks in the water. The blade appears to oscilate although we feel that’s just the shape that creates an illusion of that. We dressed ours with a twin tail and the keeper holds plastics really well.

The bait retails for $9.99. It comes in about 16 colors near as we can tell. Tackle Warehouse carries 8 colors and the Talonlures.com website has another 8 colors not on there.

It’s definitely a different looking bait, it looks like it could be fished on the bottom and on top with success. We’re anxious to see how it performs next spring when the bass go to chasing in shallow cover and also in some of our night tournaments. We’ll keep you updated as we fish it more.