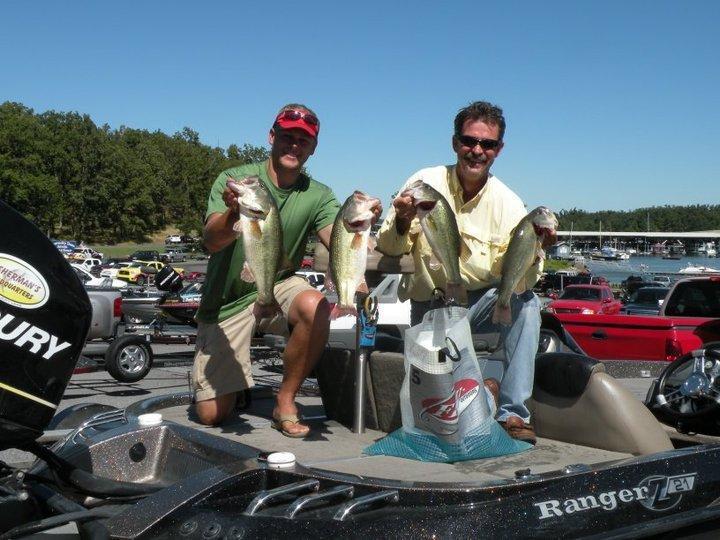 Thank you to all who fished the Ronnie Brinegar Benefit Bass Tournament on Kentucky Lake this past Saturday. The tournament was put on by FLW Outdoors and the River City Bass Club. The tournament had approximately 100 boats and the silent auction at Fast Eddies was a big hit the night before

The tournament was won with 18+ pounds caught by the team of Scott Duckworth and Bart Schutz. The winning team as well as many other teams, donated their winnings back to the Brinegar family.

For those that don’t already know, FLW Outdoors BFL tournament director Ronnie Brinegar seriously injured his spine in a severe car accident several months ago and is still in Atlanta at the spinal center. His wife has had to make numerous trips back and forth from Kentucky. So this tournament was put on to raise funds for the family.

The tournament, donations, silent auctions, merchandise sales at the event raised more than $27,000 for the Brinegar family.

We can’t thank the anglers and folks who helped enough. Special thanks to those anglers who travelled so far, like Sgt. Jason Redding who travelled 450 miles to fish the event, having never seen Kentucky Lake before. There were others who came down from Indiana, Ohio, Missouri and more.

Many companies like Zoom, Rapala, Ranger Boats and more made big donations to the event as well as local businesses like Fast Eddies, Johnson Plaster and Vinyl, Jet-A-Marina and more.

THANK YOU ALL TO THOSE WHO FISHED, HELPED or DONATED!