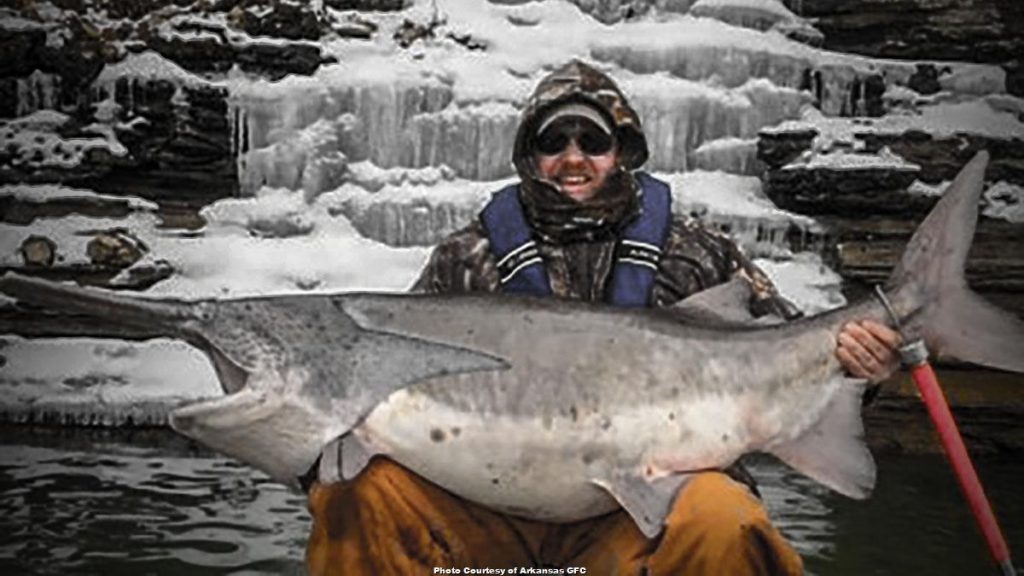 We’re used to big bass stories coming across our desks, but we weren’t necessarily prepared for this record-breaking catch reported by Arkansas Game and Fish Commission.

While walleye fishing the White River arm of Beaver Lake, Jessie Wilkes landed the fish of a lifetime. The Springdale angler caught a monstrous paddlefish that stomped the Arkansas State record. The fish weighed-in at 105 pounds on certified scales and measured 65 inches long! The previous record was caught in Beaver Lake and registered 102 pounds, 8 ounces.

“Paddlefish strain plankton from the water using their gillrakers and rarely hit a lure,” said Regional Fisheries Supervisor Jon Stein. “So most that are caught are either intentionally snagged below dams, caught by commercial anglers in nets or are foul-hooked by anglers after other species like Mr. Wilkes’ fish.â€