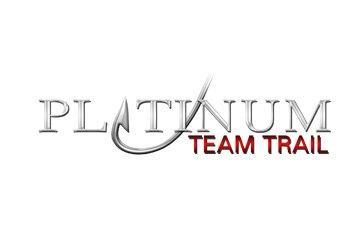 The Platinum Team Trail enters its second season coming off of a first year total cash payout of over half a million dollars in just four tournaments. With a $1,000 entry fee, $500 optional side pot, and 100 team limit, Platinum Team Trail offers anglers the highest level team tournament trail available. The 2014-2015 season will offer the chance to win even more cash than before with the addition of the Top 70 Championship.

Event No. 1 – Sam Rayburn: The 2014-2015 season kicks off with a return to Sam Rayburn Reservoir on December 6th and 7th, 2014. Last year’s inaugural event in December on Sam Rayburn took over 40 pounds to claim the title of Sam Rayburn Champions, and paid out over $137,000 cash.

Event No. 2 – Falcon Lake: Stop number two will send anglers South to Falcon Lake on January 10th and 11th, 2015, to compete on one of the best bass fishing lakes in North America. Falcon Lake, new to Platinum this season, has produced 20 Sharelunkers (13+ pound largemouth bass) to date, on top of countless 10+ pound fish, making it a key destination for big fish enthusiasts and top level tournaments alike.

Event No. 4 â€“ Toledo Bend: The fourth and final stop of the 2014-2015 regular season will be at Toledo Bend on July 25th and 26th, 2015. Toledo Bend, also new to Platinum this season, is another one of the best bass fishing lakes in the country, with big fish being weighed in virtually year round. It is possible to see some of the biggest sacks of the year come from this tournament.