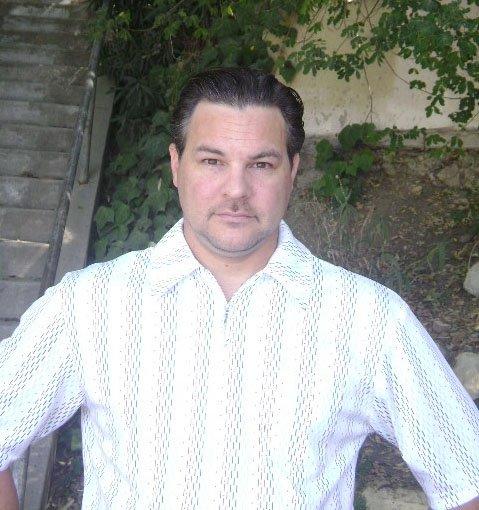 If you get in the boat with Christian Rinaldi, noted cooking educator and chef to the stars, don’t expect him to whip out a gourmet shore lunch at mid-day. No foie gras, no tapenade, not a panini in sight. It’s not that he doesn’t care about his partners’ gustatory pleasure, it’s just that he spends so many hours toiling away over a hot stove every week that he doesn’t necessarily want to think about the proper amuse bouche, a matching wine or the perfect consistency for tiramisu on his day off.

â€œTalk to any real chef, and when they get off their shift they head straight to something like a taco cart,â€ he said. â€œOr maybe we’ll get a six-pack of Krystal Burgers. When I come back from fishing and I’m beat, there’s nothing further from my mind than cooking. Usually I’ll just order a pizza.â€

But despite that low-brow, salt of the earth attitude, when he does cook Rinaldi takes it very seriously. After years of working in some of the country’s best restaurants on both coasts, he now offers private lessons, classes and workshops. Given his love of time on the water, it’s probably doesn’t come as a surprise that he considers seafood his strongest suit.

â€œTo be a good instructor or chef, you have to know your product,â€ he said. â€œMy love of fishing makes it so much more personal. So when I cook a local fish, I know the ins and outs of that fish. It gives you an edge. If someone comes in and says they were catching brown trout in the Sierras, I can relate to that. It transfers over from cooking really well. I love everything about fish. I’m just glad that people typically don’t eat bass.â€

His favorite fish to prepare? Salmon. Even though it’s not his favorite to eat, he says that salmon are â€œpretty versatile from a culinary perspective.â€ He spent a few years in northern Florida and got the redfish bug, but bass remain his ultimate quarry. He grew up fishing California’s Lake Perris, as well as some of the San Diego pig factories, but now he spends the most time at Castaic.

He’s done a bit of swimbaiting, but the heavy flavor that technique provides isn’t a daily staple. â€œI’m a finesse guy,â€ he said, and it wasn’t immediately obvious whether it was in reference to the tastes he blends or his time on the water.

Dream fishing trip? Possibly the Ozarks, or one of the Mexican lakes, like Guerrero.

Dream eating trip? â€œDefinitely Italy, probably to Genoa. I like the style of food in northern Italy. It’s more butter and cream-based than the food in southern Italy and they use a lot of seafood.â€

And which member of the bass fishing elite would be his dinner guest of choice? â€œI’d like to cook for Mike Iaconelli, from New Jersey. He brings a different level to bass fishing and I like to be with people who shake things up. Or maybe Don Iovino â€“ he could provide a lot of fun techniques to learn.â€

It may not be coincidental that Iaconelli and Iovino are both paesans, although one appears to eat more than the other.

Upon further reflection, he added that another fishing legend he’d add to make it a party of four would be Hank Parker, whose biscuits and gravy approach to the sport seems light years away from Rinaldi’s two previous choices. But upon reflection it’s really not all that odd, because while fishing, like eating, varies in accordance with regional styles and tastes, in the end a good bite is universal â€“ whether it come at the end of your line or off the tip of your fork.

Check him out at www.christianrinaldi.com .