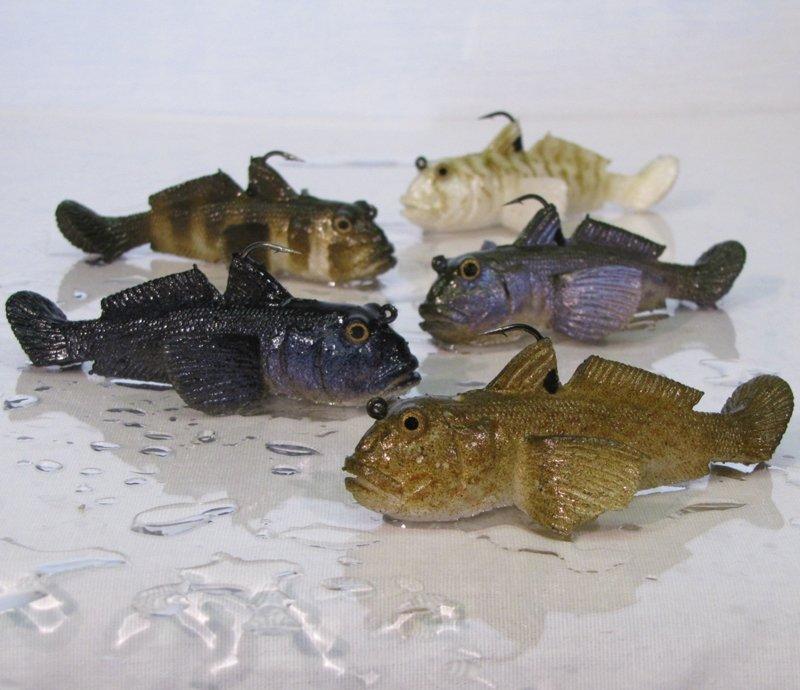 Arguably, the most influential angler in Great Lakes smallmouth fishing, Joe Balog is at it again with his new creation: Balog’s Goby Replica.  Balog is a Great Lakes tournament ace, but few realize that he actually started the goby bait phenomenon when he created the first-ever goby lure for drop shot fishing.

Today, he’s taken it a step further by releasing a true goby swimbait. It’s a swimbait weighing in at more than an ounce, designed to be drug  along the bottom to mimic a goby, one of the favorite meals of big smallmouth in the Great Lakes. At rest, the lure stands upright.Colors and design exactly match real gobies. Balog’s pumped about his creation.

“I’ve been at this project for eight years,” he said. “I’ve attempted to get this done with four manufacturers, and none could do it to my standards, until now. I’ve hired one of the best swimbait manufacturer in the US to make my goby, and it’s perfect. I personally caught my biggest stringer ever on St. Clair this spring with it: five fish weighing more than 28 pounds.”

UPDATE: The Goby Replica is no longer available