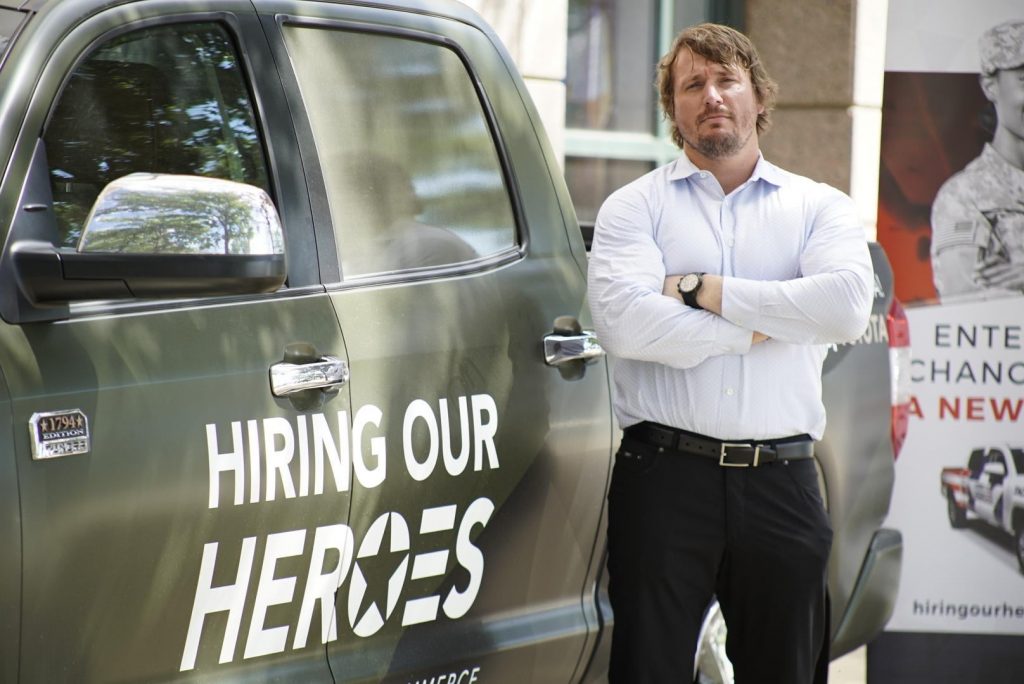 Fishing fans will have the chance to meet Medal of Honor recipient Sergeant Dakota Meyer and thank him for his service. Meyer will be at the 2019 Bassmaster Classic Expo on Friday, March 15th at the Toyota booth as part of the Classic’s Military Appreciation Day.

Meyer will appear at the Toyota booth after he goes fishing with Team Toyota’s Terry “Big Show” Scroggins, who has won $2 Million as a touring pro, and holds our military in the highest regard.

Meyer is a veteran of the United States Marine Corps, deployed twice to combat duty, to Iraq for Operation Iraqi Freedom and to Afghanistan for Operation Enduring Freedom. He was awarded the Medal of Honor in 2011, for his actions in the Battle of Ganjgal in 2009 where he repeatedly braved enemy fire to find and save fellow members of his training team.

With his combined experience as a former Marine sniper, civilian employee and small business owner, Meyer has first-hand knowledge of the challenges facing military veterans as they try to acclimate and integrate into civilian life after transition out of the military.  In 2012 Meyer joined forces with Hiring Our Heroes and Toyota as an ambassador of the Personal Branding Initiative, developing a set of programs and tools that aim to address the issue of veteran and military spouse unemployment.

“The Medal of Honor is the highest possible military decoration a U.S. service member can be awarded,” says Scroggins. “I’m honored to have the opportunity to personally thank Sgt. Meyer for the sacrifices he has made to grant me and others freedom. And I’m excited to head out onto the lake with him to catch some fish and exchange some stories!”

Fans can look forward to catching up with Meyer and Scroggins Friday afternoon in the Toyota booth at the Classic Outdoor Expo.