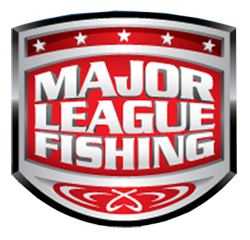 A â€œperformance for the agesâ€ is what viewers of the Major League Fishing Challenge Cup fourth webisode will see.
Â
Thatâ€™s the assessment of Major League Fishing Commissioner Don Rucks, a former general manager of B.A.S.S., who has seen a lot of fishing during the past four decades. Rucks was describing the dominating performance of one angler during Sudden Death Day 1 of competition at the Challenge Cup, the leagueâ€™s inaugural event. The fourth webisode follows the action on the fourth day of the event.
Â
â€œI just canâ€™t recall seeing anything like what this Major League Fishing angler does,â€ Rucks said. â€œIâ€™m still having a hard time believing it.â€
Â
The webisode can be seen by visitingÂ www.majorleaguefishing.com/advancecast/. The first three Elimination Days of competition â€“ featured in Webisodes 1-3 â€“ involved eight anglers fishing each day. The four anglers with the highest total weight of fish caught from each day advanced to the semifinal Sudden Death round. The Sudden Death round, however, features a twist.
Â
â€œThe bottom line is that we have a format change in the second (Sudden Death) round. We throw the anglers a curve ball and insert a qualifying cutline of 40 pounds. The first two anglers to reach 40 pounds advance to the finals. Everybody else goes home,â€ Rucks said.
Â
â€œIt would be an understatement to say that one angler puts on a dominating show. It is a performance for the ages. That performance, combined with a really interesting race for the second qualifying slot, makes for some good entertainment.â€
Â
Elimination round qualifiers Brent Ehrler, Michael Iaconelli, Gary Klein, Jeff Kriet, Jason Quinn and Kevin VanDam compete on this first day of the Sudden Death Round.
Â
Major League Fishing, a partnership with 24 of the worldâ€™s best anglers and Outdoor Channel, Americaâ€™s Leader In Outdoor TV, features competitive bass fishing events designed to bring high-level challenges to participants and entertainment to audiences.
Â
Major League Fishing is offering a total seven webisodes, one airing each week. Each of the first six ADVANCE CAST webisodes follow the corresponding competition day. The seventh webisode will be a wrap-up show, featuring in-depth, on-the-water segments with the winners from each round and the Challenge Cup champion. The ADVANCE CAST total-event BassPass, a package of all seven webisodes costs $17.94, with individual episodes available for $2.99 each. The seven-event BassPass package features a â€œfreeâ€ week.
Next