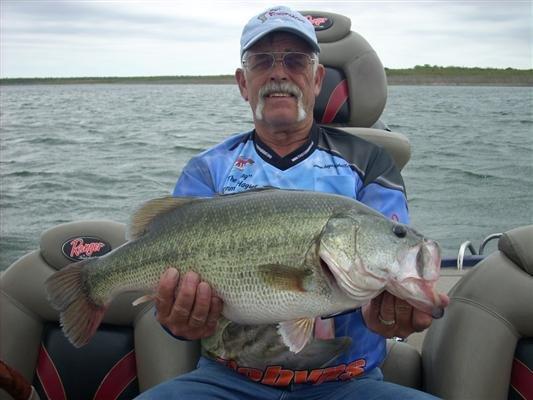 Our buddy Tommy “The Hag” Hagler, owner and creator of the Hag’s Tornado that has been a secret weapon for several pros and regional sticks the past few years, finally caught his first double digit fish. He actually caught two he believes but his scales were out of whack on the first one so he couldn’t get an official weight.
But he did get the second fish officially weighed at 11.62 pounds. The bass bit an F5 Hag’s Tornado in Green Pumpkin Red flake.
“I caught her on Ivie,” Hagler said. “She was post spawn and jumped clean out of the water when I set the hook. I thought I was going to have a heart attack when I saw her jump. The best part is that I caught her on our F5 green pumpkin red worm! Finally, a big fish like everyone else keeps bragging to me about.”
Next