Bandit Lures makes some awesome, affordable, crazy-colored crankbaits that are equally good for bass fishing as they are for crappie trolling. The crankbaits are solid producers in that 5-10 foot range that a lot anglers overlook.

Now with the heavy hitter in their camp helping them design some awesome baits, Bandit has blended the best of a bunch of different aspects of a good crankbait are working on building the ultimate crankbait for fishing around shallow cover.

We got a sneak peak at the show to day of the new crankbait and it was fun to hear their excitement about the new crankbait. Chris Ross talked with an enthusiasm about his new bait and we think it’s carrying over to his crankbaits.

Ross admited there might be a few more tweaks on the bill angle and the weighting of the bait before they release and was hesitant to say when it would be released but we’ll be looking for it around the first of the year. For now here’s a sneak peak for all you shallow crankers out there. 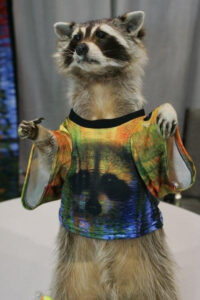