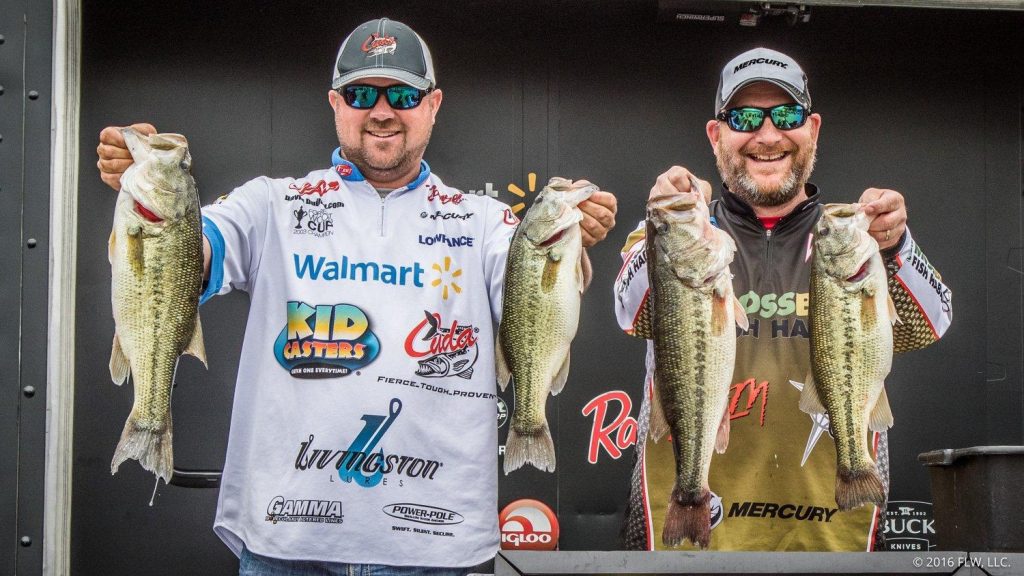 The Walmart FLW Tour anglers weren’t the only big winners on Beaver Lake last weekend – A record-breaking total of $203,894.60 was raised for the Dental Clinic at the Arkansas Children’s Hospital Monday at the Will Fish for Kids Bill Kerr Memorial Charity Tournament on Beaver Lake presented by Quaker State.

Entry fees paid by pro contestants and Walmart employees, as well as corporate boat sponsorships, were collected prior to the event. That money, along with funds raised on Sunday night’s registration dinner and silent auction, combined to smash the previous record of $88,710 which was donated in 2015.

“This was just an incredible event to be a part of and I am so proud of everybody that stayed in Arkansas after the FLW Tour event and could participate,” said Walmart FLW Tour pro Shirley Crain of Fort Smith, Arkansas, who was the honorary chair organizer for the event. “It was an honor to host this event and it warms my heart to know what we accomplished for the kids.”

Since 2005 Will Fish for Kids has raised more than $940,594 for the Dental Clinic at Arkansas Children’s Hospital.

The tournament was won by Walmart pro David Dudley and Jason Piper, who also represented Walmart. The Walmart duo had a magical day on Beaver Lake, catching a five-bass limit weighing 23 pounds, 7 ounces – larger than any limit ever before weighed in FLW competition at Beaver Lake. Though the charity tournament was not nearly as strenuous or stressful as a Walmart FLW Tour event, catching 23-7 on Beaver Lake was still quite a feat.

“We talk about lakes that you can make up ground at, like Okeechobee,” says Dudley. “At Beaver Lake, once you’re 5 pounds behind you’ve accepted that you’re not going to win. But after today I won’t ever count myself out again.”

The top 10 teams finished the tournament:

A complete list of results can be found at WillFishForKids.com.

Bill lived most of his life in Bentonville and worked for Walmart Stores Inc. for over 25 years. For the last several years Bill had been with Outdoor Cap, Inc. He also served on the board of Igloo Corporation. Bill enjoyed fishing and was a constant and enthusiastic supporter of the Will Fish for Kids tournament and Arkansas Children’s Hospital.

All the money donated through this event goes to the Dental Clinic at the Arkansas Children’s Hospital. Dental problems are the number one reason for children missing school and if a child has dental problems, it has a direct effect on their overall health.

.For complete details and updated information visit FLWFishing.com. To learn more about the Dental Clinic at the Arkansas Children’s Hospital visit ARChildrens.org. 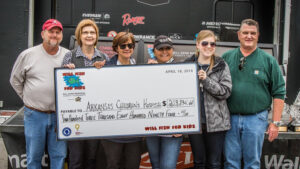