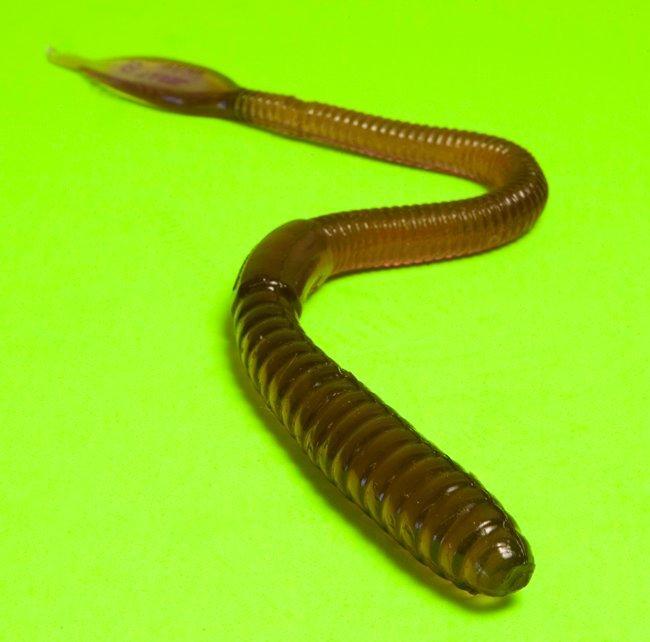 Mann’s Jelly Worms, introduced in 1967, claim to be the most popular selling worm of all time. The influences of this popular worm from Tom Mann, however, go well beyond their own sales and are still seen in plastics today.

The Jelly Worm became a household name among anglers and although they were original sold on cards with celophane wrapped around them, they later were sold in bags with more worms per package and sort of standardized the way worms are sold today.

Not only that but the Jelly Worm proved that translucent colors at times were more productive than solid colored worms and the aroma of the worms appealed to an anglers senses probably more than the bass’s. Yet there was something to be said about how slick the worms were and how easily they slid through cover.

The shape, large sizes and translucent colors all had lasting impacts on soft plastics and really helped push the soft plastics into the forefront as a mainstay in an angler’s arsenal. My father taught me to fish with a Mann’s Jelly Worm and like he always said, “any color would work as long as it was grape with firetail.”

Not only did the worms account for countless tournament wins, but they helped Paul Elias secure the four-day tournament weight record in B.A.S.S. history just a few years ago on Falcon Lake.

For those reasons, and probably a lot more we haven’t mentioned the Mann’s Jelly Worm finds itself at No. 8 on our 20 Most Influential Bass Fishing Lures list.