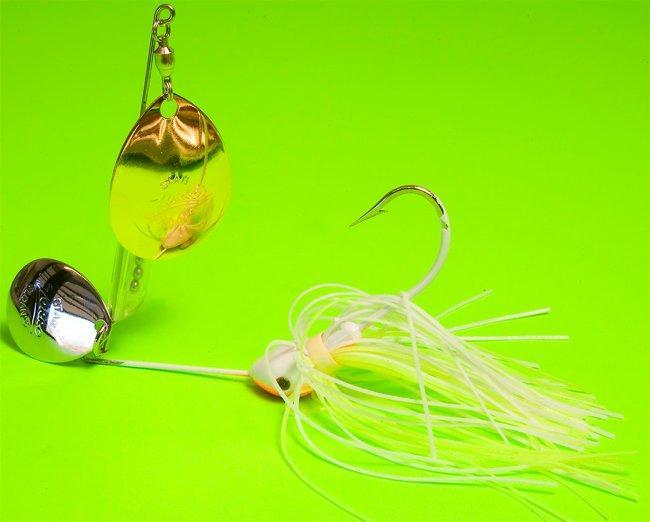 This bait wasn’t really an agitator, but it did seem to provoke the bass into biting. Especially well for anglers in the very first Bassmaster Classic. Originally called the Aggitator, the Stan Sloan’s Zorro Baits Aggravator is a spinnerbait that wasn’t necessarily the first spinnerbait ever made, but it vaulted spinnerbaits into the mainstream when Bobby Murray and Roland Martin used the baits to finish first and second at Ray Scott’s innaugural Bassmaster Classic.

The longer than seen before arm made the spinnerbait extremely snagproof and anglers were able to work the spinnerbaits in and around cover, making a new presentation for bass fisherman that it still extremely effective today. This reaction bite over cover was impactful on anglers from coast to coast.

Sure there were other spinnerbaits out there but this one had Stan Sloan’s name behind it as he was the angler who won Ray Scott’s very first bass fishing tournament. It also then had the first Classic victory behind it and it’s still argued to be one of the baits that really started the niche of competitive angling being an extremely effective marketing mechanism for fishing tackle.

Regardless of all that, the bait is still being manufacture and sells extremely well and most around these parts (kentucky/tennessee) would consider the Short Arm Aggravator as THE choice for night time spinnerbait fishing.

For it’s lasting impacts on tournaments, fishing tackle, and promotions as well as its uncanny ability to still catch good bass, we made the Stan Sloan’s Zorro Baits Aggravator our No. 4 Most Influential Bass Fishing Lure of All Time.