Fishing kayaks only need a few inches of water to float them, which makes them the perfect shallow water craft for finding bass that live and feed in the shallows. While it may be common to look deep for summer bass for many fisherman, I rarely fish over 8-feet deep out of my kayak and 80 percent of my fish are caught between 6 inches and 4 feet deep. The combination of finding shallow bays where I can find the fish and get close enough to catch them without spooking them makes for some great fishing.

Two things I think are worth investing in for your kayak to make it as stealthy and shallow water ready as possible.

Certain boat maneuvering techniques will get you in the target zone and keep the fish in a feeding mood.

Spend as much time casting parallel or in the middle of the target zone as you can, keeping the lures in the target zone throughout the cast. This means potentially putting your kayak on top of fish, which, even in a fishing kayak, can spook them.

Technique 1:  Fishing the edges of grass 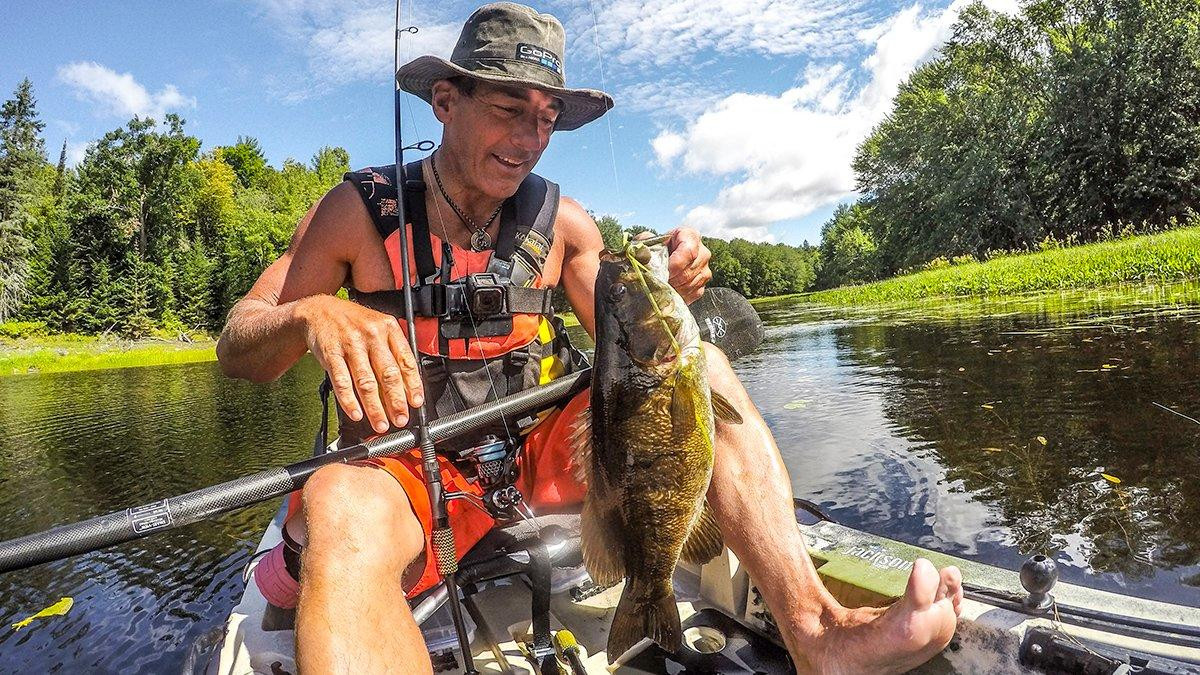 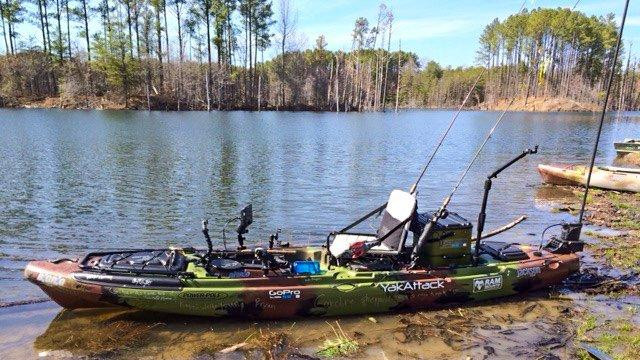 Kayak Fishing downwind is fun, but if you don’t have an anchor and the wind is actually blowing, you’ll find yourself moving too fast to be very effective and you’ll be running over top of the fish before you can catch them. Even a fishing kayak will spook fish in 2 feet of water when you run them over. I have caught quite a few bass in shallow water right under my kayak, but I have also seen big ones dart away when I come in a little hot.

Use both specific targets like heavy areas of cover, laydowns or variety in underwater vegetation to find bass, but also don’t be shy about sweeping casts that cover seemingly vague areas of cover as often there is underwater structure and cover you don’t see.

Have fun finding shallow waters that only you can get into and that host some of the most fun bass you can catch. Bass that will hit topwater and just below the surface all day long are often the rewards for diligent kayak fishermen.