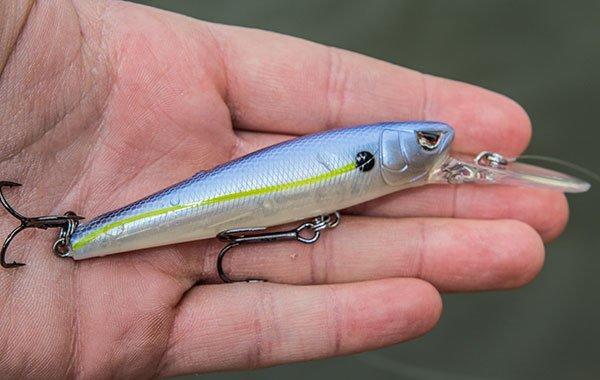 Whether you love ’em or hate ’em, suspending jerkbaits are hard to beat when targeting slow-moving wintertime bass. When looking for an effective hard jerkbait for the colder months, I take three primary factors into accountâ€”castability, ability to suspend well and profile.

After using the SPRO McRip 85 for quite some time, I’ve can confidently say this jerkbait has everything you need to make the most out of your coldwater jerkbait fishing.

Many anglers struggle throughout this time of year due to their resistance to change. We all hear about it until we’re blue in the face, but it should never be overlookedâ€”you need to match the hatch. Although it’s clichÃ©, this theory holds a lot of weight in the winter. A large majority of the baitfish are small right now, making smaller lures and subtle presentations especially effective. Anything too large can appear very unnatural to an already-lethargic bass.

For the reasons listed above, I really like the smaller profile of the SPRO McRip 85. It measures 3.35 inches long, which is a great middle ground for several species of bass forage. Its small size also contributes to a subtle slashing action with small twitches of your rod tipâ€”don’t get me wrong, it still displaces its fair share of water throughout the retrieve, but it doesn’t roll on its side and create a bunch of unneeded commotion. This is a great characteristic to have throughout the winter because aggressive presentations can deter bass in cold water temperatures. 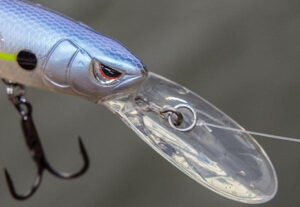 The larger bill of the McRip 85 also gets down to its maximum operating depth quickly and efficiently. When used in conjunction with 10-pound fluorocarbon line, it dives about ten feet deep. You don’t have to jerk your arm out of socket trying to make it diveâ€”one or two cadences is all it takes for it to get down where it needs to be.

If a lure doesn’t cast very well, there’s a good chance I won’t throw it. I’m sure this has cost me some fish catches over the years, but to be totally honest, I don’t want to deal with the hassle. I’m all about efficiency. 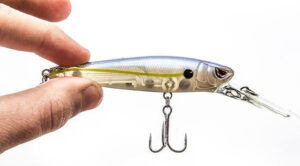 The McRip 85 casts like a bullet regardless of wind direction or rod selection. Just like the SPRO Little John crankbaitâ€”one of my favorite shallow cranksâ€”this jerkbait has a great weight transfer system to allow for ridiculous castability. On your back cast, you’ll feel the weight slide to the tail-end of the lure, which gives you a lot of extra whip for super-long casts.

Winter bass aren’t very widespread like they are in other times of the year. You’ll often fish for long periods without a bite until you find a big wad of aggressive bass. This behavior makes it important to cover and eliminate dead water quickly and the McRip 85 definitely helps you find groups of fish quickly.

You’ll find a lot of suspending jerkbaits over time that don’t actually suspend. They’ll be neutrally buoyant for a few seconds when paused before slowly rising in the water column. With some of the best coldwater jerkbait action coming after a five to ten second pause, you need a jerkbait that will suspend for long periods of time.

I’ve never had an issue with the McRip 85 sinking or floating when paused. If you need to see it for yourself, find some clear, shallow water and play around with itâ€”you’ll be impressed. I’ve caught some great bass on long, tapering primary points after long pauses with this jerkbait and it’s because it stays in the bass’ wheelhouse without any additional modification.

It’s irritating to take a lure from its package only to find cheap tinfoil hooks and wimpy split rings. It wastes both time and money. I want a lure I can rip out of the package, tie on immediately and go fishing. Fortunately, I’m able to do that with the McRip 85.

It comes fully equipped and ready to fish from the minute you buy it. The ultra-sharp Gamakatsu hooks stick bass and hold ’em tightly throughout the entire fight and the heavy duty split rings are virtually indestructible. When you’r

e fishing jerkbaits this time of year, you’re bound to run into some big stripers along the way and you don’t have to worry about them ruining the structural integrity of this lure or its components.

If you’re looking for an awesome, deeper diving jerkbait, I suggest checking out the SPRO McRip 85. It matches the hatch very well, casts and suspends excellently and comes 100 percent ready to fish. 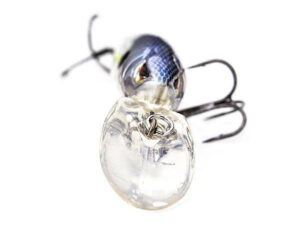