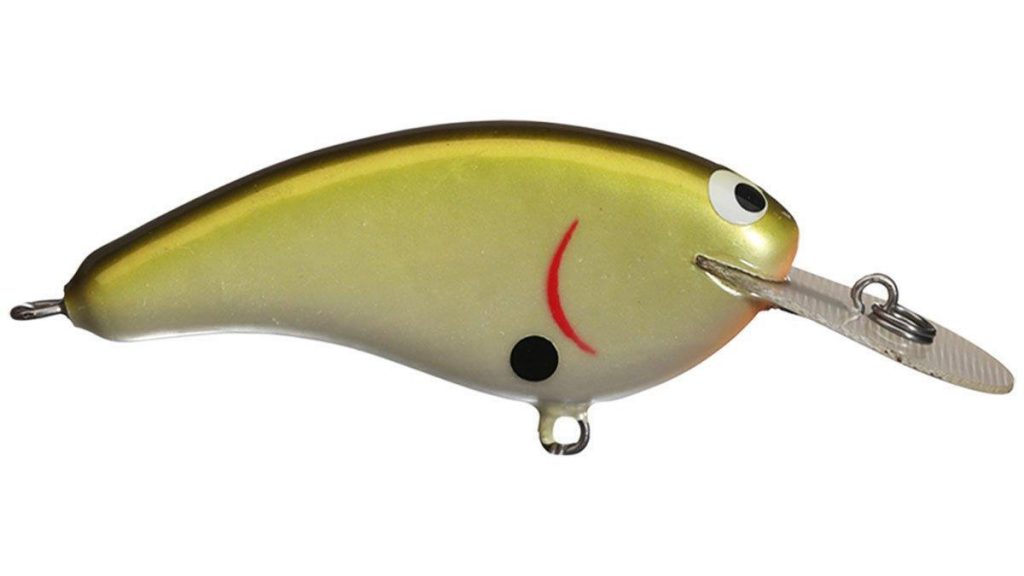 Many anglers are readily paying premium prices for older, flat-sided balsa crankbaits these days; itâ€™s somewhat of a cult following, really. Thereâ€™s a widely held belief that the simple, yet effective design of these lures can make fish bite when other plugs fail.

FLW Tour pro Wesley Strader joined with Old School Baits to create a crankbait that joins the old-fashioned tight-wiggling balsa action with new-school components. Strader is an absolute wealth of knowledge when it comes to all things cranking, so I did everything I could in order to get my hands on his newest creation.

Iâ€™ve been testing this lure throughout the late-fall and winter months and coming from a diehard cranker, donâ€™t sleep on this one. Itâ€™s a fish-catching stud.

Ask any bass angler what they donâ€™t like about balsa crankbaits and youâ€™ll hear the same two complaints until youâ€™re blue in the faceâ€”theyâ€™re fragile and they donâ€™t cast well. These two factors routinely steer anglers away from using these lures.

Strader and Old School Baits did an excellent job negating these common criticisms when they designed the Old School Balsa Baits Wesley Strader Crankbait. Within a few casts, youâ€™ll realize that youâ€™re not dealing with any olâ€™ balsa plug.

The first thing youâ€™ll likely notice is the excellent castability of this crankbait. Many similar crankbaits tend to â€œhelicopterâ€â€”or twirlâ€”through the air on each cast, but thatâ€™s very rarely the case with this particular lure. It only weighs 2/5-ounce, but itâ€™s hard to tell when youâ€™re fishing with it. It will still require a bit more tension when youâ€™re using it on a casting reel, but its unique weight distribution makes long, accurate casts quite simple.

Iâ€™ve spent a lot of time testing the Old School Wesley Strader Crankbait against some of the old balsa lures in my collection and it casts better than each one of them.

Youâ€™ll also be able to appreciate the durability of this lure. Each one is cut, shaped, clear coated, primed, painted and re-cleared to reduce the common problems of eventual swelling and cracking. Iâ€™ve knocked the lure against concrete pilings, rocks and dock posts with very little cosmetic damage to report. After I accidentally hit it into a stretch of riprap, I thought for sure it was done for. But thankfully, it came away with just a few small scratches.

The action of this crankbait is quite impressive. After weeks of fishing, I have not needed to tune this crankbait a single time. It tracks true, even during a fast retrieve, and hunts roughly 1/2-inch to either side. It rolls over cover fairly well for a round-billed plug and has a classic, tight-wiggling swimming action that gets a bunch of bites when the fishing is tough.

The water in my home fisheries is very cold and stained, which is not necessarily conducive to testing new fishing lures. These Florida strain bass are not terribly happy with the weather and fishing has been terrible, if Iâ€™m honest.

Despite the tough bite, I have been catching the fire out of â€˜em with this crankbait. The bites are extremely light and difficult to detect, but each and every fish Iâ€™ve caught has had this lure completely choked. Iâ€™m sure the tight-wiggling action is primarily responsible for the majority of my catches, but I also think the strategically placed dot has something to do with it.

Maybe itâ€™s just a mental thing. But while most crankbaits have a dot near the gill plateâ€”where itâ€™s normally found on a threadfin shadâ€”this lure has a dot right above the front hook hanger. I honestly feel like this is giving the bass something to â€œhone inâ€ on and resulting in a 100 percent hookup ratio thus far. Iâ€™ve been catching some bass on a few other similar plugs as well, but theyâ€™re not choking â€˜em like they are this crankbait.  Each bass Iâ€™ve caught on the Old School Wesley Strader Crankbait has been hooked with the front hook.

Iâ€™ve also been very happy with the components of these crankbaits. Without any hesitation, you can take â€˜em out of the box and start fishing. The hooks are needle-sharp and the split rings are very strong and resist bending when a big bass dives at the side of the boat.

If youâ€™re a cranker, this lure should be on your radar. Itâ€™s reasonably priced, it comes in hard-to-find colors and itâ€™s productivity is simply undeniable.