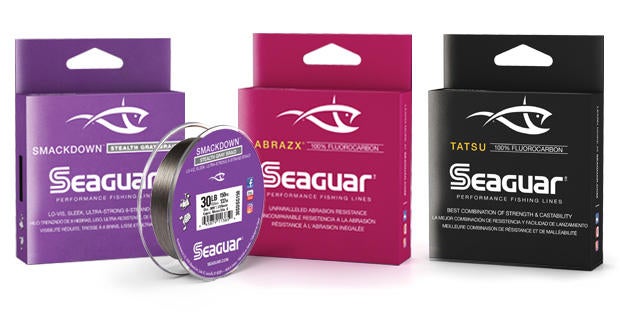 A couple weeks ago we did a Seaguar finesse line giveaway and the response was over the top. We know many Wired2Fish readers are also power fishermen and had to do part two of the giveaway with some beefier lines.  The power pack from Seaguar includes Stealth Gray Braid, AbrazX and their premium fluorocarbon, Tatsu, over $145.00 value.

Included in this new giveaway are the following:

Congratulations to the winners, your line is on the way! Thanks for entering and as always, keep an eye out for more weekly giveaways from the Wired2fish guys.