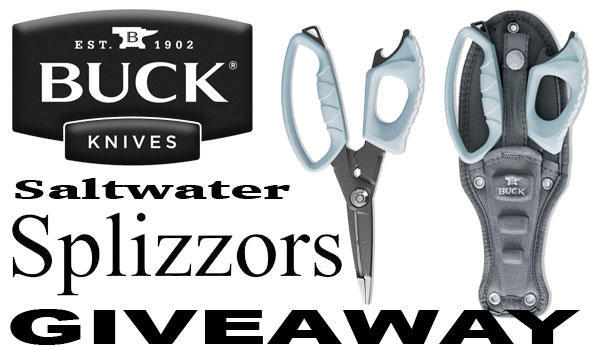 Buck Knives was established in 1902 and has a longstanding reputation of excellence in both hunting and fishing. Their Buck 110 model is a mainstay for both hunters and anglers.

A few years ago they introduced a new utility tool called Splizzors that was in large part designed by Elite Series professional angler Bill Lowen as a tool that not only could cut braided line like a razor but also could be used to crimp, remove hooks and be used as a pair of needle nose pliers when the opportunity presented itself. It even has a bottle opener. They are heavy-duty but also nimble and can replace a lot of other tools most anglers and hunters carry.

Recently, they introduced a new set of Splizzors that can be used in both fresh and saltwaterâ€”and they wanted to give a few of our readers a chance to try â€˜em out!

Congratulations to the winners, your prizes are on the way! Thanks for entering as as always, keep an eye out for more weekly giveaways from the Wired2Fish guys.