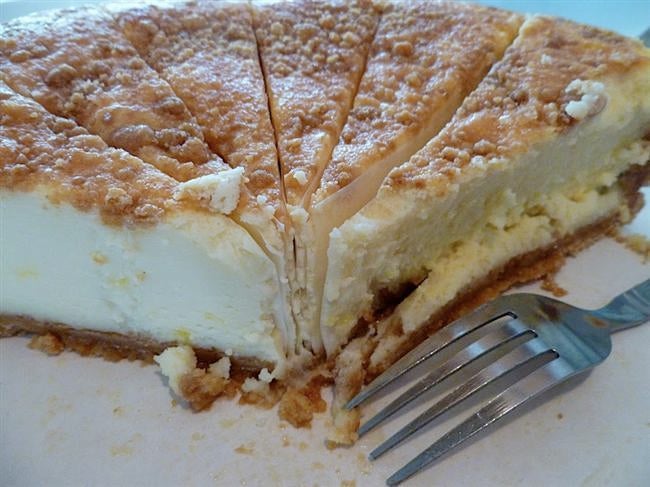 “Music was his life, it was not his livelihood”¦”

From the song of the Rag Man, I learned of passion.

I never knew his name, I never will.   But I will never forget his song, the song of the man selling rags.

For many on my street he was just the old guy selling rags out of the back of his horse drawn cart, but for me, he was the first virtuoso of my life.

This man selling rags, who sang from his soul.

And no matter where I was I would run to the sidewalk in front of our house and watch, and listen”¦

Then one day my Grandmother handed me some change and told me to go buy rags. As I ran down our gravel driveway the song of the Rag Man, was about me”¦

And I stopped where our gravel stopped, and the horse slowed and turned to look at me as the song of the rags echoed up and down the street “¦

All I could do was hold out my hand as the rag man climbed down from his cart, and he took the change out of my hand, and handed me a bundle of freshly washed cotton rags.

And he never stopped humming the song of the Rag Man.

I never heard the Rag Man sing in person again.

Except when I meet people with a passion for what they do, and then when they tell me of their love, I hear hooves on cobblestones.

And my soul hums the song of the Rag Man.

I have a friend who is an honest to God billionaire.   He’s on that Forbes list thing, ranks in the top 500 richest dudes in the world.

I don’t even make the top half of the richest dudes on my block.

What matters, is his cheesecake.

And his cream puffs.

And his ice cream cakes.

My friend is Bob Rich, Jr. His father, the Sr. of his Jr., pretty much invented non-dairy creamer or something like that. You ever pour Coffee Rich in your coffee. The key word there is not COFFEE, but the RICH, as in his last name.

I could care less what the Forbes dudes get off on….Bob has warehouses FULL OF DESSERTS all over the planet.

Not a bad friend to have.

Bob also has a PR guy, and I think from walking around his corporate joint, a bunch of PR people, but I only know one – Dwight.

When Dwight calls me this is what he says, “db. Hey. The PR guy here “¦ blah blah blah”

I don’t normally talk to PR people, but I talk to the PR guy mainly because I saw him turn green once. Did a story with Bob where we went out fishing on Lake Erie in a Bass Boat and it got sort of wavy.

The PR guy pretty much turned into the color of the green frosting on the ice cream cakes. I figured if you are comfortable enough to hurl in front of me, you ain’t that bad of a PR guy “¦ so we became friends as well.

A couple of weeks ago, I get a call from the PR guy asking me if I would be interested in doing a story about the new book that Bob wrote, and so being professional like I am, I said this, “Is it about cheesecake?”

Or something like that as my attention span wanders if I’m thinking about pastry.

“but is there like a coupon for cheesecake in the book?” I asked.

” “¦ all the proceeds from it goes to the Boys and Girls Club of Buffalo.”

Oh, the secret weapon “¦ I’m a Buffalo guy, Bob is a Buffalo guy and doing something for a Buffalo, N.Y. charity works on me.

AUTHOR’S NOTE “¦ unless you are on Forbes Billionaire list and are writing a book where all the proceeds go to a Buffalo, N.Y. charity “¦ DO NOT SEND ME YOUR BOOK TO REVIEW “¦ I don’t do book reviews.

And honestly I’m not doing one here other than to say the book is pretty cool, especially the fishing stuff in it –  Bob is in the South Florida Fishing Hall Of Fame and is Vice Chairman of the International Game Fish Association, the hockey stuff in it – he played goalie in college and went on to be part owner of the Buffalo Sabres,   the Minor League Baseball stuff in it – he owns the Buffalo Bisons and two other minor league teams, and the Lord Bubba stuff – he is some sort of lordship and owns a lordship type town soccer team over in a country with lordships but you need to buy the book to believe this part.

The book is called The Right Angle, Tales From A Sporting Life and you can get it on Amazon (I looked it’s there) or in bookstores (I didn’t look but I’m hoping it’s there as well). It’s a cool read and the money goes to benefit the Boys & Girls Club of Buffalo.

But it doesn’t come with a coupon for cheesecake.

Bob has written some other books as well “¦ type his name in Amazon search and you will find all three or four of them.   One of them about fishing is being made into a movie. Just buy ’em; it’s not going to hurt you to read them. But enough of this, back to the cool part of Bob.

And in his soul, is the passion of the rags.

Yeah, I just called a freakin’ billionaire a Rag Man.

But I’m pretty sure his wife, Mindy, won’t be launching a cheesecake in my face after that because I know she knows exactly about what I’m speaking.

In his book, The Fishing Club, he went on a search for why people fish, pretty much like my The Quest, except he can fly all over the place and I have to drive.

And he found one commonality among all those he interviewed “¦

Always hope for the chase, for the catch and for the camaraderie.

The other day, I spent three hours with him, saw the video wall of the sea he has in his office, rode with him in his 4-year-old Volvo station wagon to lunch where he, the angler, ordered a Reuben, and me the non-angler ordered a Tuna Wrap. We spoke of fishing, and when we spoke, in my heart I sang the song of the Rag Man.

Bob Rich started fishing as a little boy at the Crystal Beach Amusement Park in Canada.

“They gave you this little wood dowel with a string that had a hook on the end and you would drop it in a water trough in front of you and hook a plastic fish as it floated by,” he said. “The fish had a number on it, and that number corresponded to a prize on the shelf inside the tent.”

An amusement park side show game launched a life long passion for the sport of fishing – a passion that has taken him all over the world fishing for various species of fish.   He has fished with the rich, and the poor (me), with Presidents, and those who vote for Presidents (me).

But I have to tell you, from knowing him, that right now he is fishing with the most important people on the planet that he has ever fished with “¦

“It gives me a sense of immortality,” Rich said. “Every angler remembers that first fish they ever caught, and when my grandchildren grow up and remember catching their first fish “¦ I will be the one sitting next to them, even if I’m not here anymore.”

When Bob speaks of the great adventures he’s had in life, he speaks from that of a rich guy, and I listen to some of it, mainly for the cheesecake.

In all the tales he’s told me of the great adventures, I hear the thrill, I hear the hope he believes ties all anglers together.

But I never heard the passion.

I never heard the Buffalo guy.

Until we sat at a dockside restaurant, him of the Reuben, me of the Tuna Wrap, and he talked about immortality.   The one thing money doesn’t buy.

Immortality comes only, through love.

For the universe to remember us.

For our friends to remember us.

For our family to remember us.

And when we love, we become immortal.

So in years of knowing and talking to my friend Bob, I knew he was good at what he did. I knew he spoke of loving what he did, but I still wondered.

And if he did, where was the passion.

Then I found it.

Of all the things he talked about fishing wise with me, he only spoke of fishing with his grandchildren.   From the man who has caught pretty much everything catchable in the water, I have never seen him light up as much as he did as when he talked about catching sunfish.

And of all the fish he has ever landed, the sunfish will be the most important one of all.

Because it is there where his passion lies.

As I left, he handed me a 96-OUNCE cheesecake, my biggest catch of the year.

Walking out of his building, I rounded the corner to where my 4Runner was parked, and as I walked down the brick and cobblestone street by his office, in my soul I once again heard the Rag Man sing.

Sat in the 4Runner and listened to the sound of long lost street.

Hummed the song of passion.

And hope that some day I come back.

And for the one book that I hope Bob will write and the only one I will review.

The book filled with passion.

The book about how to be immortal.

“”¦and he did not know how well he sang, it just made him whole.”

Thank you Rag Man, for the hymn in my soul,