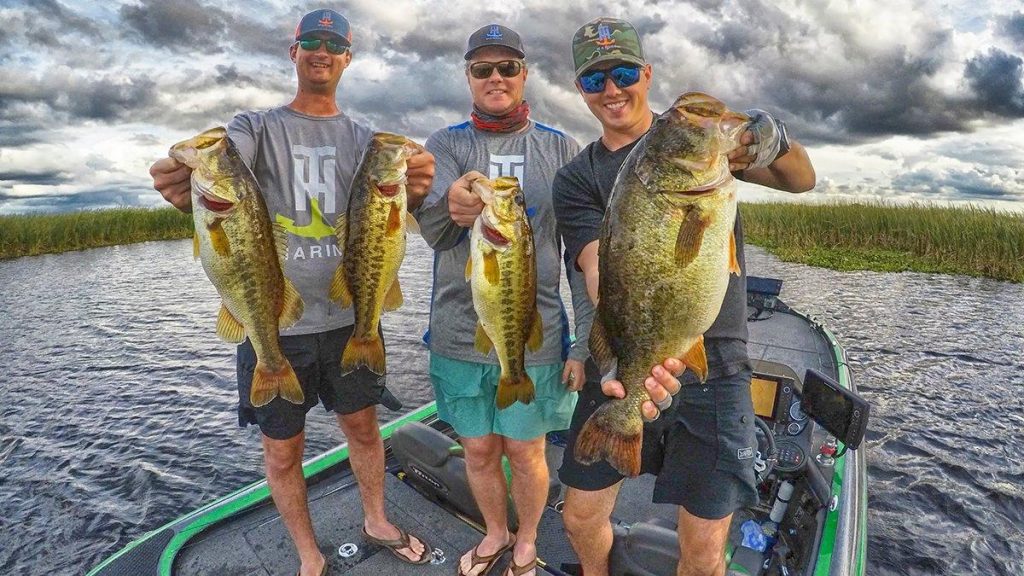 It may irritate the rest of the nation still shivering with winter’s chill, but the Sunshine State’s early spawning season actually gives us all a jumpstart on planning/prepping for this much-awaited time of exceptional  bass fishing opportunity. You’ve probably already seen videos of big bass being caught in Florida this spawning season, and it’s just January, a welcome relief for anglers till battling freezing winter weather.

What’s cool is that the state’s length means anglers often see all stages of the spawn waving through the geography. Obviously, Lake Okeechobee and other South Florida waters go first, but even within the same lake, it’s not rare to find bass coming and going.

Wes Porak, who spent 35 years as a fisheries biologist with the Florida Fish and Wildlife Conservation Commission before retiring in 2017, once told me that this is due to Florida’s mostly mild climate and lack of distinct seasonal boundaries. Essentially, the fish feel less urgency to promptly move up and move out than their northern neighbors.

This point also speaks to the give-and-take of Florida-strain largemouths. On the upside, we have the early spawn, superior fish size and the propensity for large waves of big bass to flood an area and offer banner-day potential — like Dean Rojas’ all-time B.A.S.S. 5-fish record of 45 pounds, 2 ounces, caught January 17, 2001 in Lake Toho’s Shingle Creek.

However, this rose has a thorn and it’s called extreme weather sensitivity. FLW pro J.T. Kenney loves his Florida bass, but he’s quick to tell you that the cold fronts of late winter-early spring reveal an avoidable truth: These fish are completely pathetic sissies.

“A cold front will shut these fish down,” Kenney said. “You’ll go from seeing fish everywhere to thinking there are no fish in the lake.” 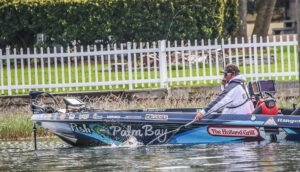 Make the most of it

“Somewhere like Kentucky Lake, a bass may have to swim 2 miles to reach the back of a creek; but in Florida, they might only move 100 yards,” he said. “This allows Florida fish to spawn pretty much whenever they want to. Most years, you’ll start to see them on beds as early as late October and they may not wrap up until May.

“The good thing about it is that it’s not as congested around one or two moon phases so anglers have a lot longer window of opportunity down here. Especially on Lake Okeechobee; these bass kinda do it whenever they want regardless of moon phases.” 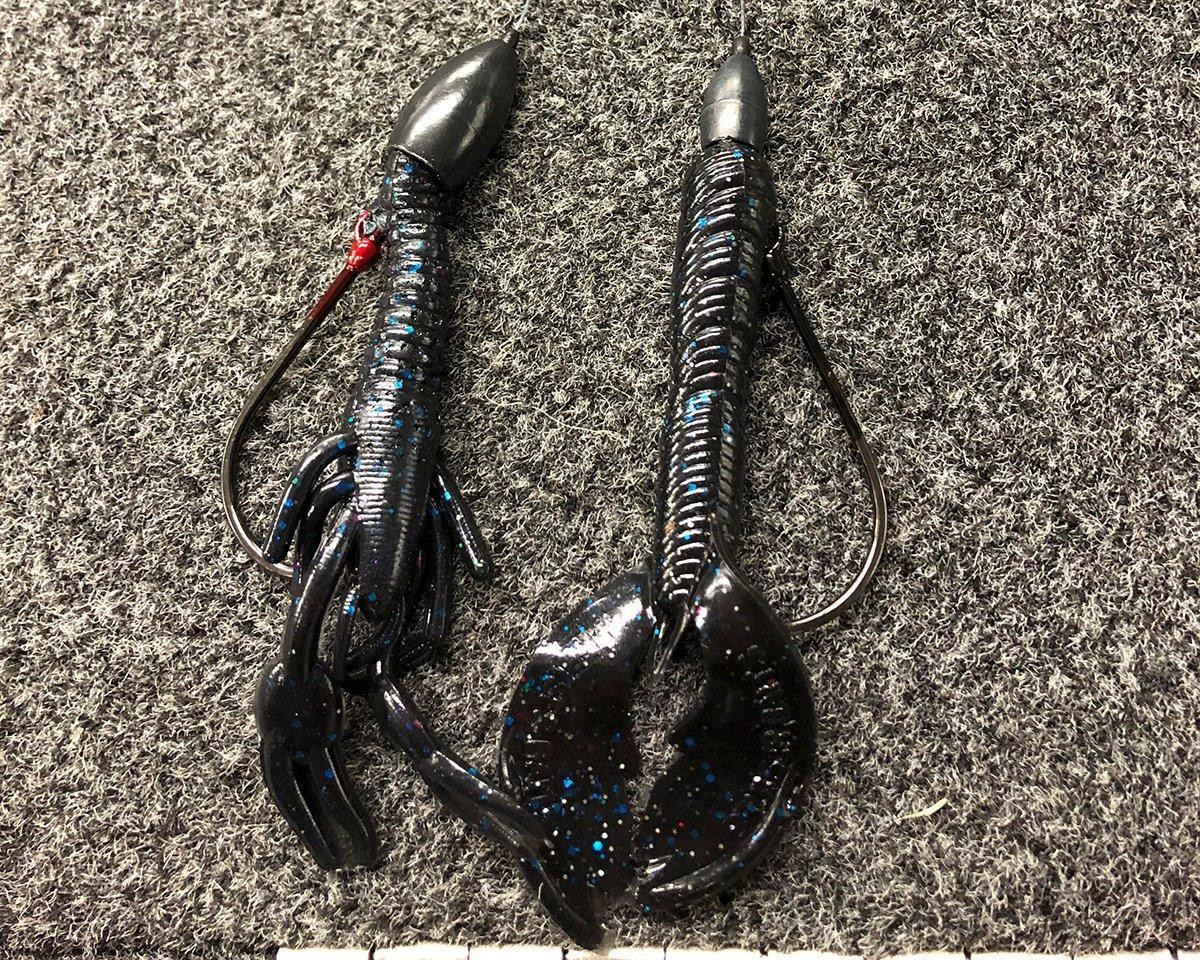 McMillan prefers flipping spawners, but he likes a Bruiser Baits Crazy Craw, as opposed to the more common beaver style baits. Showing the fish something different, something with more action can be the deal closer.

McMillan keeps a 1/2- to 3/4-ounce rig on deck for bed fish, but he’ll also have a punch-rigged craw with a 1 1/2- to 2-ounce weight for targeting pre- and post-spawn fish in heavy cover; or fish that have pulled back with a cold front.

Unlike a creek arm, which will typically see beds scattered loosely, Florida’s spawning bays and canals often host a lot of big mamas at once. With so much opportunity, McMillan won’t park on a fish for hours; he’ll give her time to settle before turning up the heat.

“That big female has to be 100 percent right to sight fish, so if she’s not right, I’ll mark the spot with my electronics and come back to her,” he said.

Now, finding these golden nuggets takes a lot of looking, but McMillan warns against a common misstep that’ll ruin the game yourself and others — blowing out the area. Of course, you gotta search to find, but given the fact that Florida spawning bass tend to cluster, spotting one bed usually means you’re in the maternity ward.

“Everybody wants to idle in and out of canals and zig zag over the flats, but the more these fish get run over, the harder it is to catch them,” he said. “If you can get into an area and settle down, it will be much better.

“Just stay back and fan cast the area with a moving bait like a frog, swimbait or swim jig. Power-Pole down and fish 360 degrees around your boat. For example, the fish in the lead photo were all caught on black and blue Dirty Jigs No Jack Swim Jigs with Netbait Paca Craw trailers.

You may not catch them all, but if you move one, you’ll know the area is active. And oftentimes around the spawn, if the area is active, you could be onto one of those Florida bass fishing lights-out days of on every angler’s bucket list. 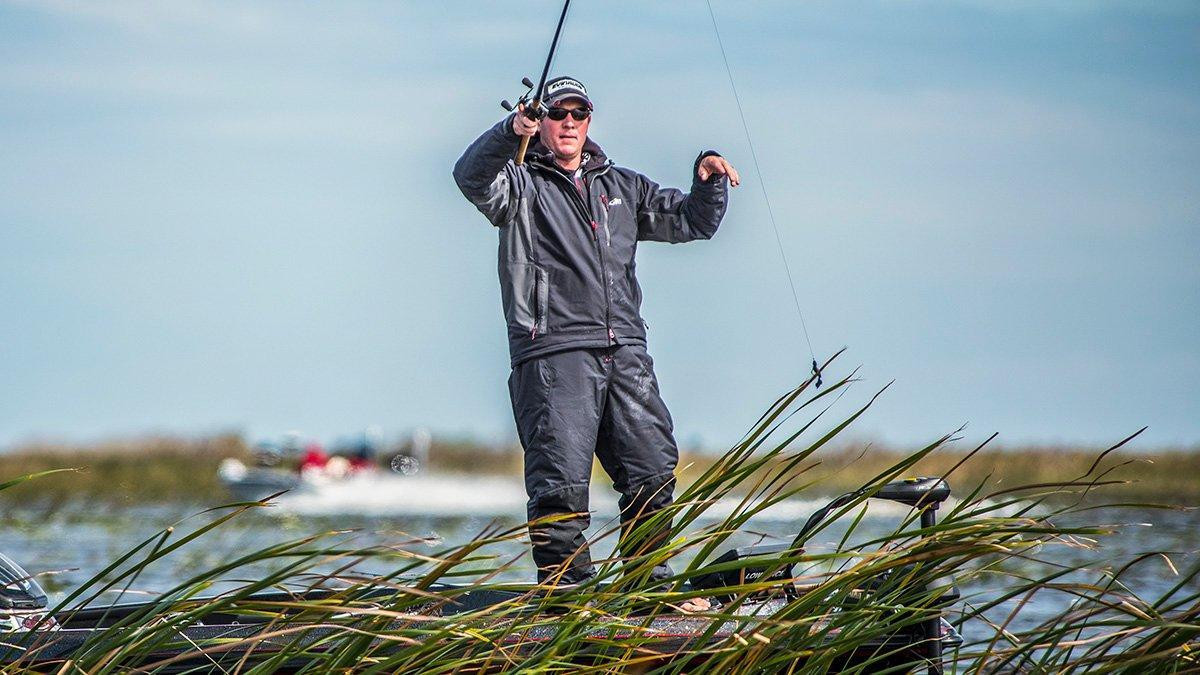