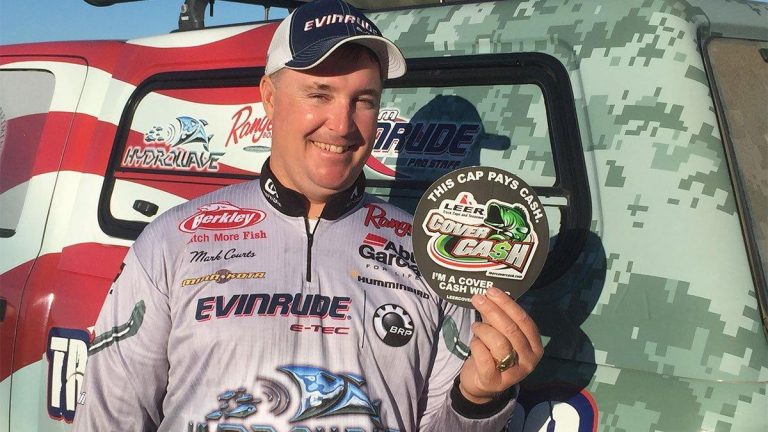 LEER’s new “Cover Cash” contingency program has gained a ton of traction with bass tournament competitors the past 12 months, and now dozens of walleye anglers are banking cash bonuses as part of the program too.

Anglers like 2015 National Walleye Tour Angler of the Year Mark Courts have received over $1000 the past year just by owning a LEER truck cap or tonneau cover and signing up for this free angler bonus program.

The best news is you don’t have to win the tournament to be eligible; you just have to be the highest finishing “Cover Cash” participant in the supported event to get paid.

“I was fortunate to cash-in at four different NWT events this year,” Courts said. “It is great to have companies invested in the industry like LEER, who will shell out money to anglers using their products. I was able to use the extra cash for a hunting trip.”

It’s not only the National Walleye Tour anglers that are eligible to win Cover Cash. Masters of Walleye angler Corey Heiser has also won some extra money with LEER Cover Cash.

“The extra money was absolutely great,” Heiser said. “With all the expenses incurred from fishing a tournament trail, every little bit helps.”

Both anglers mentioned running their LEER cap is essential when carrying a wide array of equipment and being exposed to the harsh elements of spring.

“Our tournaments usually begin in April, and we’ll fish until October,” Courts explained. “As you could imagine in the Upper Midwest, that exposes us to a wide spectrum of weather patterns. Everything from snow and ice to rain and 100 degree heat.”

“My LEER is also an important part of my rig simply for the amount of gear I travel with. Not only do I have to carry tackle for a myriad of tactics and presentations, I also have to travel with gear for my co-angler. My LEER makes it possible.”

For walleye anglers who are trying to fit everything from a thousand pounds of tackle, and clothing that ranges from winter bibs to flip-flops into their truck; a truck cap is practically a necessity. Corey and Mark made the wise decision to cover their gear with the cap that pays anglers cash.

If you own a LEER and you fish tournaments for any species, be it bass or walleye, you need to look into LEER Cover Cash.  Learn more and sign up for this fantastic program at http://leercovercash.com or by calling (918) 742-6424, and Kristie will get you signed up.