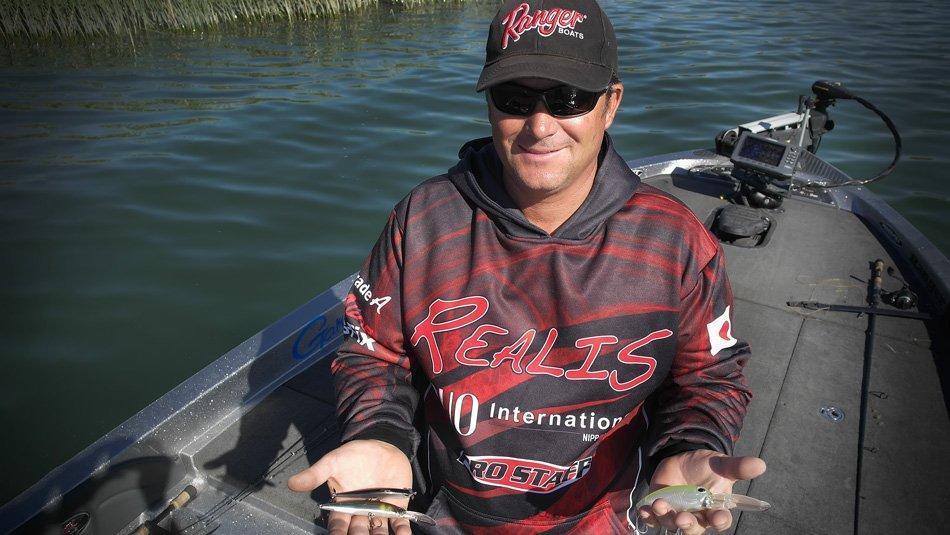 “I have had time to wrap my mind around Duo’s innovation and direction,” Hawk said. “Their lures are refreshing, well thought out and specific to competitive fishing. My first introduction to one of the thinnest, most compact lipless cranks was eye opening. Their M-line cranks actions and acoustics are innovative. The finesse technique called spybaiting is deadly with their Spinbait80 and Spinbait90 lures! And the cave diver crankbait G87, is one the best deep cranks I have touched in my 25 years of competitive angling. I am honored and excited to be part of the Duo Realis crew and look forward to the future.”

A clear example of Hawk’s assertion was found in a prototype version of the G87 he received prior to the Rayovac FLW Series Championship in 2014. The diving lure weighs 1 ounce and is rated for 20 feet yet will touch 25-foot contours on a long cast. Day 1 was a lack luster day but Day 2, Hawk picked up the prototype and tethered a few more fish one weighing in at 4-pounds, another exceeding 6-pounds.

Unfortunately, the cast to follow Hawk snapped off the prototype and lost his only bait. With minutes to spare, Hawk raced to weigh in bringing 19 plus pounds to the scales. Hawk’s experience coupled with Duo’s new prototype carnkbait made for a great come back, advancing him to the 2015 Forrest Wood Cup pro Championship on Lake Ouachita near Hot Springs, Ark.