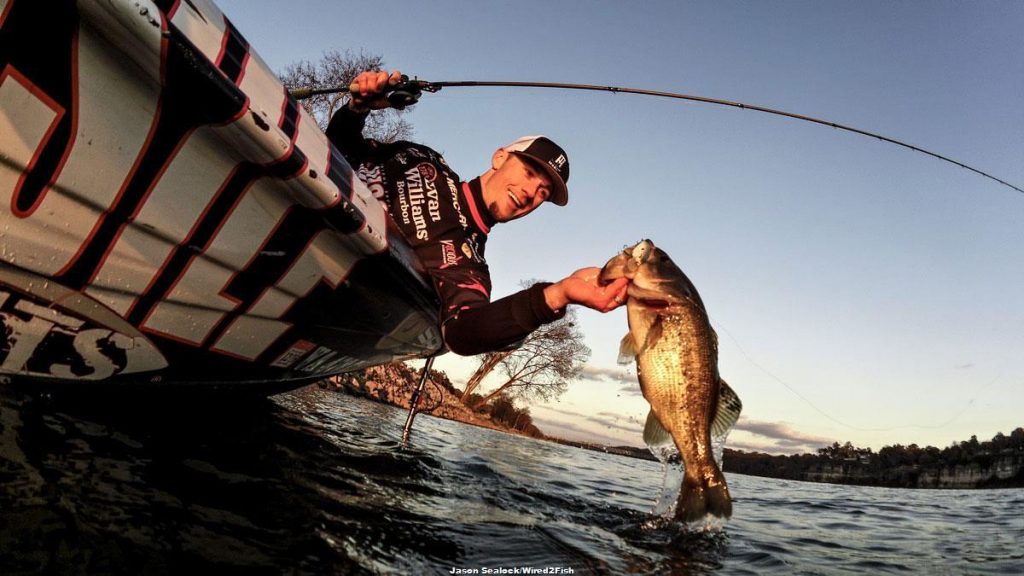 There seems to be a multitude of preconceived notions in the bass fishing community. At some point in time, we’re all guilty of making broad assumptions without challenging conventional wisdom. This holds especially true in winter bass fishing.

In this case, let’s take a look at cold, muddy water. Many of us shudder at the slightest thought of it. Can you really blame us? We’ve heard anglers curse this combination for decades, so we avoid it like the plague. Instead, we’ll stay at home, catch up on household chores and wait impatiently for more favorable fishing conditions.

Contrary to popular belief, however, Elite Series pro John Crews believes these conditions align perfectly for his favorite technique—shallow water cranking. While the large majority of anglers seek refuge in clear water, he’ll often have the “best” water all to himself.

In order to enjoy the same success, he believes there are several factors you need to understand.

Why is dirty water necessary?

Stained water can play mind games with many bass anglers. When we’re unable to see more than a few feet past the surface, it’s hard to imagine the fish getting a solid bead on our offerings—and as we all know, confidence is arguably the biggest key to bass fishing. But if you know how to effectively take advantage of the low visibility, you may never fish clear water again.

“When you combine these factors with one to two feet of water clarity and 45 to 50-degree water temperatures, it’s incredibly hard to beat a shallow crankbait, such as a 1/2-ounce SPRO Little John or a SPRO Fat John 60,” Crews said. “Now is one of the best times to catch your biggest cranking fish of the entire year.” 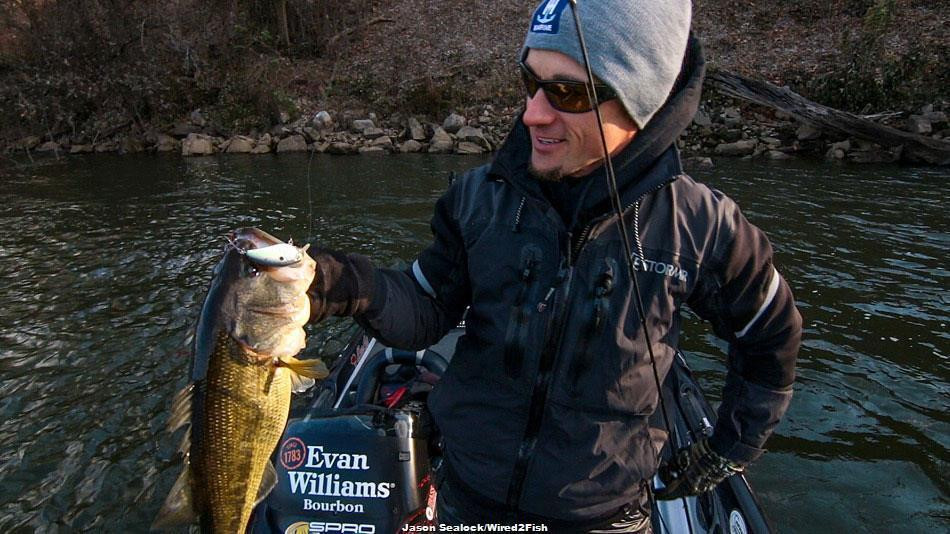 We’re all familiar with the common lines associated with targeting rocks in the winter months. They hold heat and attract crawfish, right? Well, kind of, according to Crews. There may be some credence to these theories, but he has a much different thought process.

“It’s no secret that rocks play a big role in wintertime fishing,” Crews said. “But I don’t believe the bass are down there gorging themselves on hibernating crawfish. I also don’t buy into the rocks’ heat attracting large concentrations of bass. I’ve caught countless bass cranking rocks on the shady, southern banks of lakes.”

Instead, Crews believes rocks to be essential due to the verticality they most often represent. Although he’s targeting the shallows, adjacent deep water remains a critical factor in his strategy.

“Rocks are usually associated with some sort of vertical bank, such as creek and river channel bends,” Crews said. “Even man-made riprap banks are fairly vertical. This gives bass the best of both worlds. They can slide out to deeper water when they’re not on a major feed and remain close to the shallows to take advantage of easy feeding opportunities. Keep in mind, the water is cold, so the bass may not move laterally very often. They’d much rather move vertically in order to conserve more energy.”

In order to better understand the impact of sunlight on wintertime bass behavior, let’s draw a quick parallel to human behavior. The winter months are known for being gray, dreary and—lets be honest—flat-out depressing at times. And when we’re lucky enough to finally see and feel the sun’s warm rays, it doesn’t last long. The daylight period is excruciatingly short this time of year.

After seemingly endless nasty weather, what are we most likely to do on a sunny day? We’re going to become more active. We’ll go outside, do some yard work, run errands in town or, if we’re lucky, go fishing for a few hours.

Wintertime bites can be quite soft and difficult to detect. To increase his sensitivity, Crews uses a 7-foot, medium-heavy Cashion Crankbait Rod paired with 12-pound Sunline Reaction FC fluorocarbon.

In a sense, bass do the same thing.

“When the sun comes out this time of year, bass will move to the dirtier shallows in surprisingly big numbers,” Crews said. “The sun warms that top layer of water, the baitfish will come closer to the surface and it seems as if the whole fishery will come to life.

The tough fishing conditions of the colder months condition us to lower our expectations, which isn’t necessarily a bad thing. We’ve become accustomed to tough fishing and just a handful of bites each day, so it’s tempting to assume the bass are scattered in unpredictable locations.

That’s not necessarily the case, according to Crews.

“It happens all the time,” Crews said. “You can go down a shallow bank, catch a few fish and come back a few hours later and a brand new group will be there. The bass will use certain shallow areas as feeding grounds throughout the day. Your boat may be sitting on top of the less active fish, but they’ll slide up during the course of the day to feed and sun themselves. If you keep track of the productive banks, you’ll have a nice little rotation throughout the day.” 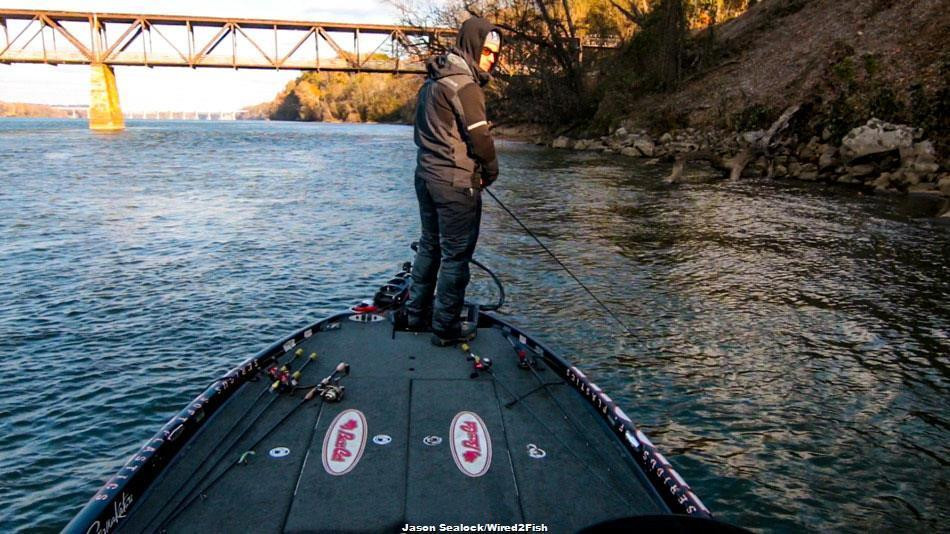 Although this is an incredibly effective technique as demonstrated through Crews’ successful professional career, you shouldn’t expect to load the boat by fishing random shallow banks in stained water. There’s always a method to the proverbial madness and Crews looks for very specific cover and structure when implementing this widely overlooked strategy.

Don’t let the horror stories of cold, dirty water scare you away from fishing this winter. If you can understand the pertinent factors and develop a bit of confidence, you might end up kicking yourself for avoiding it all these years. Grab a shallow crankbait, find some stained water and start casting. You’ll be glad you did.