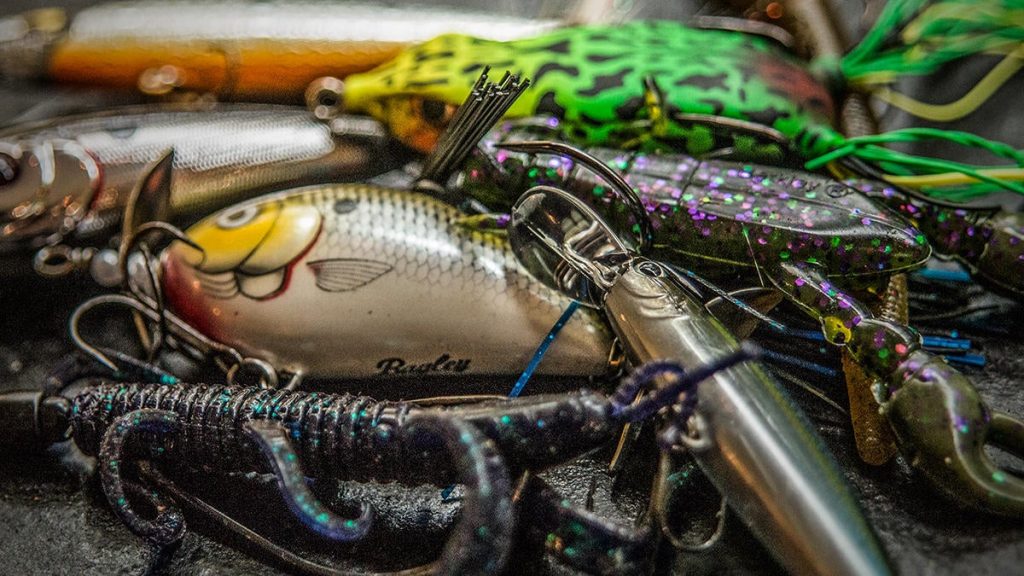 Now that Labor Day has come and gone, you’ll start noticing your local boat ramps becoming much more desolate compared to earlier in the summer. The kids are back in school, the wakeboard boats are parked in the yard, college football is on and most outdoorsmen are beginning to focus on the numerous hunting seasons quickly approaching. There’s a lot going on this time of year and while everyone else is preoccupied, this is the time to catch some huge bass while practically having your local lakes all to yourself.

There’s one glaring problem, however.

Throughout the entire spring and summer, these dang bass have been hit in the head with nearly every bass-fishing lure you could possibly imagine. Every weekend they’ve been plunked in the head with jigs, topwater baits and Texas rigs and now they’re wise to our tricks. I absolutely believe that bass do get conditioned and affected by fishing pressure. They begin to learn what’s real and what’s not which, combined with the hot, late-summer temperatures this time of year, can make it pretty tough on an ol’ fisherman.

They’re still there; they didn’t jump the dam and swim somewhere else. It’s up to us, however, to change our approaches and get a bit more creative when this strange transition period occurs. When you finally dial it in, it can result in some of the best bass fishing of the year for you.

Hang with me for a minute or two and I’ll share some really good ways to get more bites from these wary and wise late-summer bass.

Man… I don’t know why I don’t throw a jerkbait more. It seems like every single time I pick one up, I catch a fish within a few casts. For whatever reason, these lures catch fish throughout the entire year. Growing up, I always thought they were solely a cold-water option but as I’ve grown as an angler, I’ve quickly realized that they catch fish all year long around here.

If you gave me 10 minutes to catch a bass with only one lure, I’d probably choose a jerkbait.

This time of the year, however, when the baitfish are small and the bass have seen everything in our proverbial playbooks, a tiny jerkbait works wonders. I have been using a Strike King KVD 100 Jerkbait lately and it gets a pile of bites when the bass won’t eat larger jerkbaits. It measures 3 1/2 inches long, dives to 4 feet on light line and only weighs 1/4 ounce.

You can get away rigging it on a medium-action casting rod but as much as I hate to say it, I prefer putting it on a 7-foot, medium- or medium light-action spinning rod. I’m not a huge finesse guy but some of your biggest fish this time of year will bite like a bluegill, so I tend to put a larger emphasis on sensitivity right now. If you put this, or some similar-sized jerkbait on 8-pound fluorocarbon line, you’ll be in business and get handsome in a hurry.

Where to fish it: I love to fish these small jerkbaits around the edges of docks, whether they’re floating or pole docks. Before I get too close to the dock, I’ll start by casting parallel to the front a few times and pausing the jerkbait especially long next to the posts. After I dissect the front of the dock, I’ll cast parallel to each side of the dock. In my opinion, this is one of the best ways to catch a true giant this time of year. Be sure to watch your line while the jerkbait is paused; whenever it jumps or twitches on slack line, it’s time to set the hook.

Ditch the jig when it gets tough 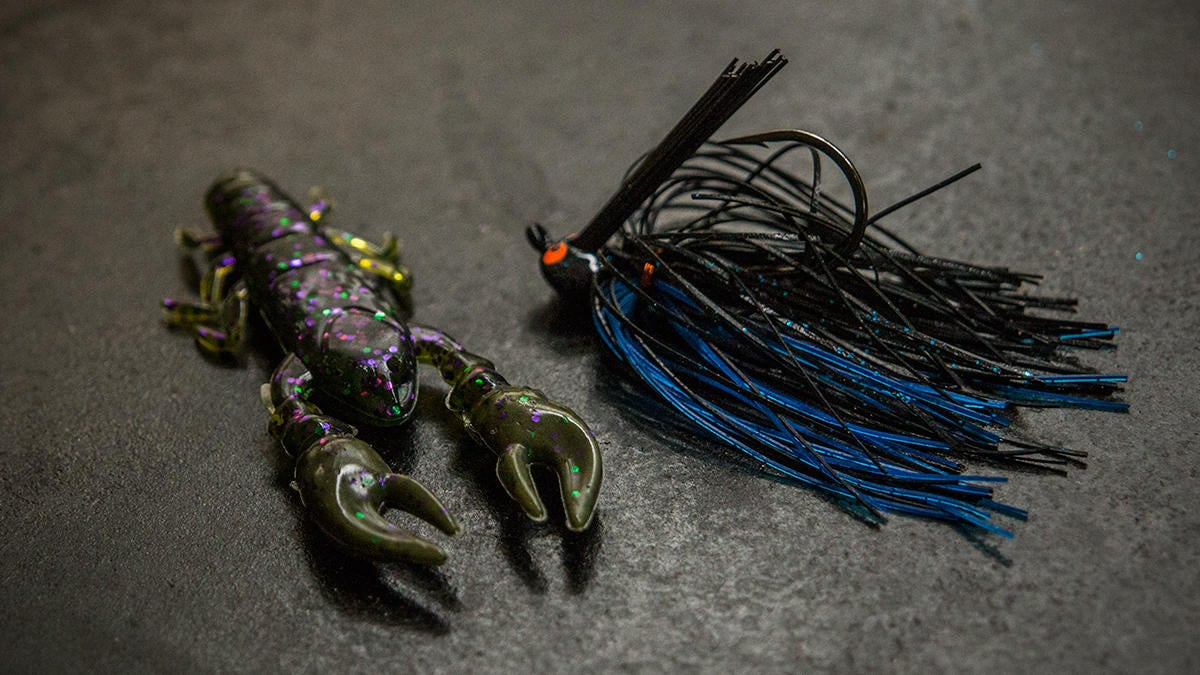 A quick frog change can make all the difference 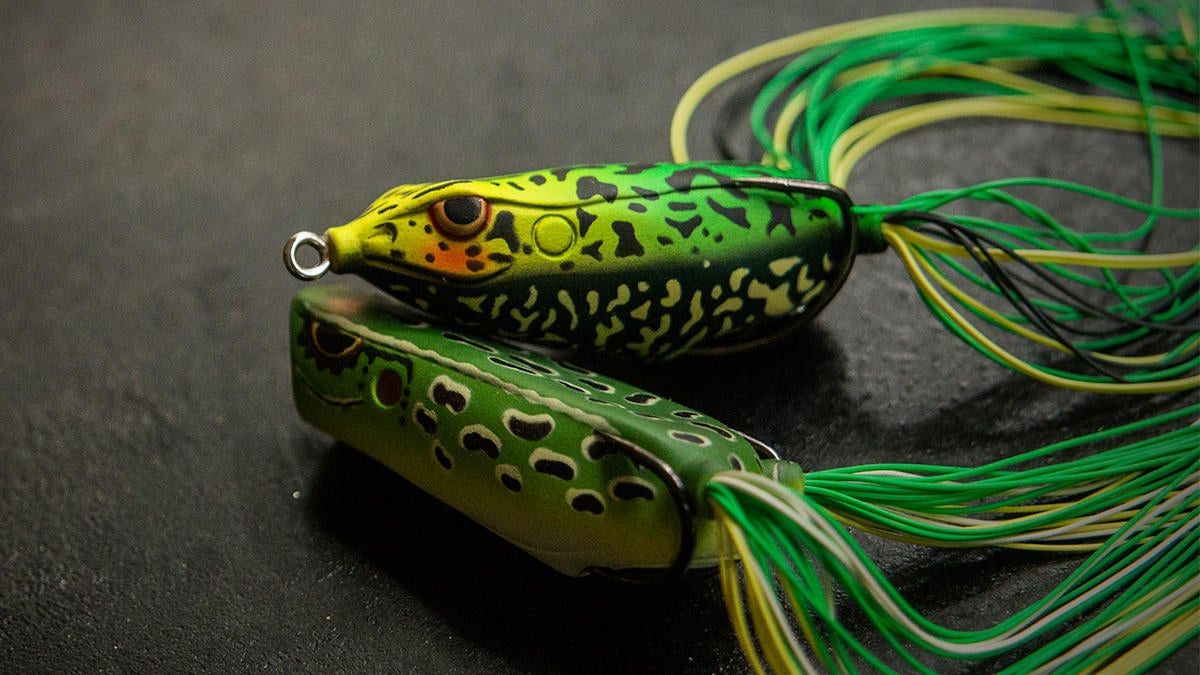 If you live near a lake with submerged vegetation, you’ve probably seen it starting to “mat”, or top out, recently. This can make for a punching and frogging dream. It quickly becomes addictive and once you get a taste of it, you won’t be able to think of anything else.

I’ve noticed in the past several years that folks tend to overwhelmingly favor popping-style frogs. I remember when they first came out, my buddies and I tried to keep it quiet because they caught so many fish but it’s safe to say that the cat’s out of the bag now. Everybody and their step-brother has one rigged up every weekend and the bass are getting pretty wise to them.

Whatever you do, don’t overlook pointed-nose frogs; you can fish ’em behind someone fishing a popping frog and catch fish that never even offered at their frog. These frogs are much more subtle and also come through thick vegetation easier, so they’re an excellent choice for this time of year. Not to mention, nobody throws them for some odd reason.

Where to fish it: Grass is the obvious answer here, so I won’t bore you with too many details. Just look for irregularities in grass lines and you’ll catch some big fish. I’d also encourage you to learn to skip these pointed-nose frogs underneath boat docks, especially walkways. It can be a booger to learn this technique but if you make yourself skip docks with a frog for a few trips, you’ll be making difficult casts in no time.

A slow fall can be the best fall 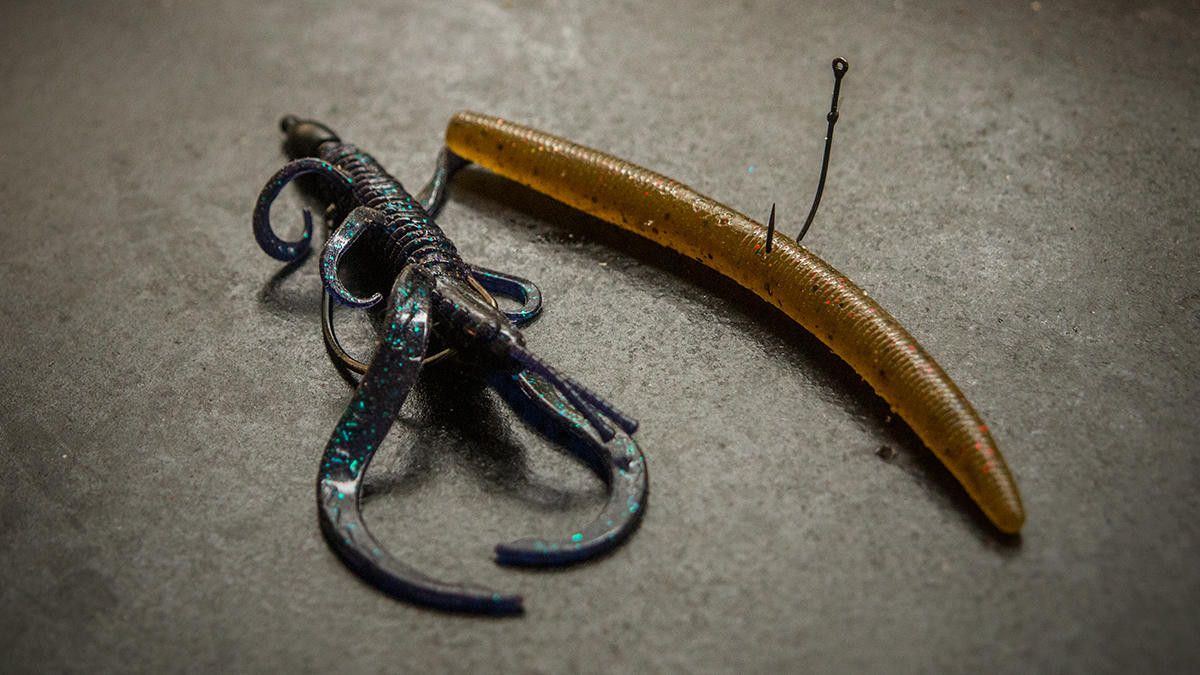 Can you imagine how many Texas-rigged soft plastics bass see on public lakes? By this time of year, it’s probably like you and I looking out the window and seeing a squirrel in our yard; it’s not exciting at all. Not to say the Texas rig doesn’t catch fish because it certainly does but again, the fish we’re targeting right now have been dive-bombed with ’em all spring and summer.

So when you can’t make them eat a bottom-contact presentation, break out the ol’ spinning rod with 8-pound test and start skipping a weightless, wacky-rigged Yamamoto Senko around. Aside from the small jerkbaits we discussed earlier, this is one of the most effective ways to catch a bass in my opinion. It’s subtle while maintaining an enticing option, it falls slowly to appeal to lazy and whacked-out bass and with a medium-action spinning rod, you can skip the dang thing almost anywhere you want.

It’s important to let your wacky rig fall on slack line; that’s how it works its magic. A tight line will inhibit its unique shimmy and drastically reduce your number of bites throughout a day of fishing. After it falls for several seconds, just pop the slack in your line to make it shake. Don’t go overboard with your rod movement.

Where to fish it: I like to fish the wacky rig on the outside edges of grass lines and the front posts of boat docks this time of year. Your lakes might be different, but this little pattern has really become a go-to option for me when I’m chasing tough-to-catch transitional bass. Similar to the small jerkbait, it’s imperative to pay close attention to your line movement as the wacky rig falls on slack line. Any jumps, bumps or other movement warrants an immediate hookset.

Show ’em the props instead of the pops 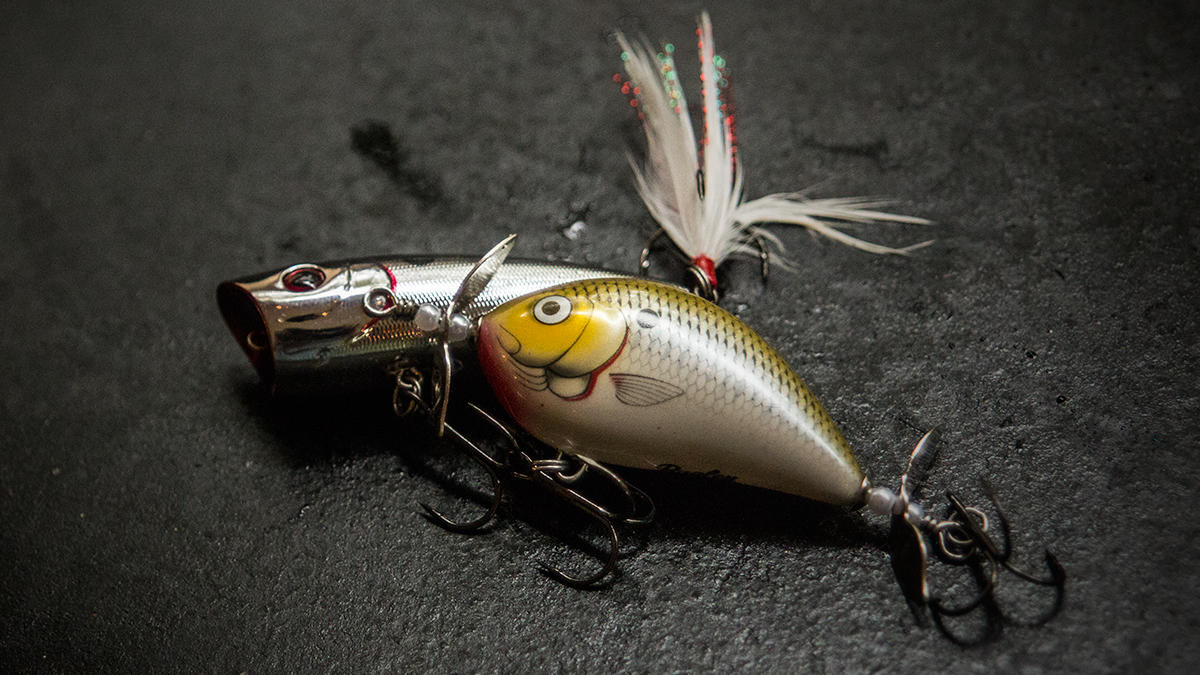 Throughout the late summer, you’d be hard pressed to find a bass angler without a topwater popper rigged and at the ready. The bluegill are still in the shallows and to big bass, they represent an easy-to-find buffet. Coincidentally, topwater poppers can do an excellent job at imitating these bluegill. So it makes total sense that a bunch of folks throw ’em.

But again, I believe there can be too much of a good thing. The bass have heard poppers overhead all summer long. It’s time to change it up.

A few friends of mine have shown me the effectiveness of an old-school prop bait over the last decade or so. I can’t tell you how many times I’ve been beaten by a buddy with a prop bait in the late summer and early fall. Of course, I always tried to force the issue with more traditional topwaters such as poppers and walking topwater lures. But there comes a time when a man has to give in and join the crowd. For me, that time was about three years ago and my catches, both quality and quantity, have absolutely skyrocketed.

Lately, I’ve been using the Bagley Pro Sunny B Twin Spin. Weighing 1/2 ounce, I can make long casts to shallow cover without an issue and it also comes stock with VMC trebles. I like lures I can fish right out of the package, so that’s definitely a big plus for me.

Where to fish it: Isolated cover seems to work best for me when I’m fishing a prop bait. Oddly enough, I get a bunch more bites on a prop bait when it’s sunny with very little cloud cover. These conditions not only position fish on very predictable pieces of isolated cover (stumps, small grass patches, etc.) but the sunlight also reflects off of the chrome props which, in my opinion, gives bass that last “nudge” they might need to attack the lure. Fish these baits just like a popper. Let the bait pause between twitches until the props are finished spinning. The bass won’t always destroy it this time of year, so be vigilant and stay alert.