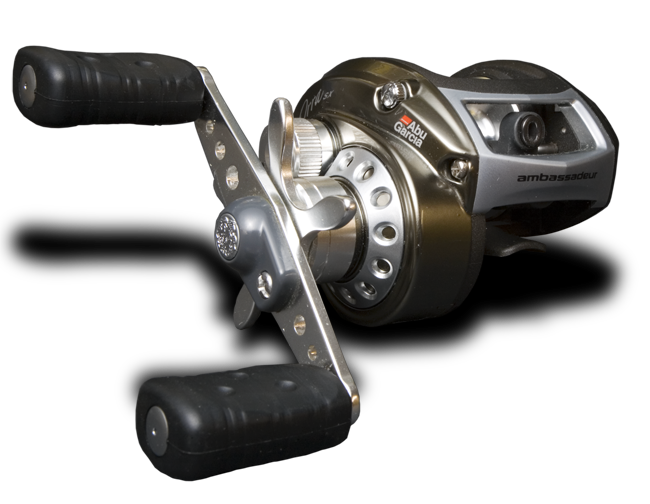 We’ve chatted a bunch on Facebook over the last several weeks on reels and good components in lower end reels. So we went through the reels we’ve fished and pulled out five reels we think are good reels for the $100 or less price tag.

We can’t all afford to put 10 rods and reels on the deck with 10 reels that cost $200. So we might pick up a high dollar reel here and there and fill out the majority of line-up with quality low-price options.

A reel is an investment. You’re not buying it to fish 6 months and throw away or lose. You’re buying it to fish for many years. I have many reels that I use every trip out that are 4 years old or more. If I pay $100 for a reel, and it lasts me 3-5 years, I consider that a good investment. That means I paid $100 a year to fish with five good reels. Same with the higher priced reels. I expect those to last a little longer with routine maintenance.

So for now, for those of us on a budget, here are Five Reels for 5 big bass on a $100 or less budget. Click on any of the reel names to see the specs of each on their manufacturer pages.

This is one sweet reel for anglers on a budget. I just picked one up at TackleWarehouse for $89.99. I’m very impressed with how tight the reel feels, how small the profile is, how sturdy all the components feel and how quiet and smooth it is to cast and retrieve. That probably has a lot to do with the 10-ball bearings in this budget reel. Lew’s is going to turn some serious heads with this reel because it’s going to introduce anglers to the hot kid that has returned to the performance reel market after really grand-fathering the low-profile craze in baitcasters many moons ago.

The reel has 10 ball bearings, an aluminum frame and handle, drilled aluminum spool, external magnetic brakes, composite sides, Rulon star drag system and the cranking model has a deeper spool and longer handle, to make cranking a lot more comfortable. It holds 120 yards of 12 pound line on the left and right hand 6.4:1 ratio reels and the 7:1 ratio right-hand reel. It holds 150 yards on the 5.4:1 cranking reel. It weighs 8.1 ounces.

The reel has custom unique paddles and your reel grips won’t fit on these well. But that’s about the only thing we’ve found with the reel. I love the reel so far. It’s already one of my top choices for a budget reel.

I own four of these reels. I fished the Revos and wanted to add a bunch of that style reel with without having to pay $200 a reel to do it. So I went to the Orras as the next best thing and have been very pleased with their performance. The Orra SX features 7 ball bearings, aluminum frame and composite side plates with a pitch centrifugal brake system and Power Disk drag. The reel comes in three models with left and right hand 6.4:1 models and a 7.1:1 high speed right hand model. It holds 145 yards of 12-pound line and weighs 8.7 ounces.

A couple of my reels are more than two years old and still cast like new. The first place I ever tested the reel was on Falcon Lake in south Texas. I only caught about 27 pounds of bass the first day on it with the Berkley “then prototype” Split Belly swimbaits around flooded brush! So they will hold up to some serious abuse and vicious strikes. 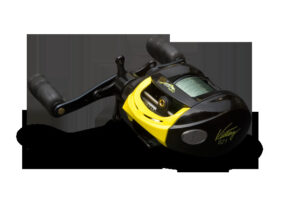 I picked this reel up before thanksgiving and have done several trips with the reel. It features 9 ball bearings, centrifugal braking system, Teflon drag washers and will hold 120 yards of 12 pound line. It comes in two right hand and two left hand models with 6.2:1 and 7:1 gear ratios.

The reel casts well and retrieves smoothly. It’s not as quiet as some of the other reels in the $100 category but it feels very rugged in your hand without feeling too heavy at only 7.76 ounces. 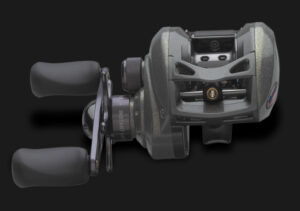 This reel is still coming to market and the availability has been limited that I’ve found. I loved the original Trion reel. This new one is much lower profile and features 6 ball bearings, three right hand models in 6.4:1, 6.4:1 wide and 5.2:1 widecranking version and the small reel holds 100 yards of 12 pound line while the wide spool models hold 130 yards of 14 pound line. Soft touch reel knobs and thumbar are nice additions. The 6-pin centrifugal brake system works well, and the ultra low speed makes it a sweet cranking reel for the money. 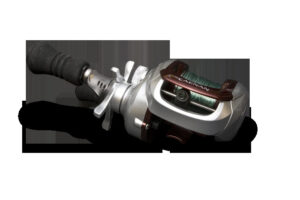 I also picked this one up before Thanksgiving and caught several fish before the cold weather set in. It only has 6 ball bearings but it’s also the lightest of our five reels at 7.2 ounces. It features pitch centrifugal drag, EVA Foam powergrip handles, left and right hand models with 6.5:1 gear ratios that hold 110 yards of 14-pound line.

The reel features a graphite frame, and the reel seemed a little looser than some of the others. It still cast amazingly well and was a joy to fish all day because of it’s light weight. I like how easy the side-plate is to get off and how well the reel casts lighter baits for me. For the money, it has a lot of good features and gives the Shimano enthusiasts a low cost offering.

So did we forget some budget reels that you guys likes or were we spot on with this Five for 5?