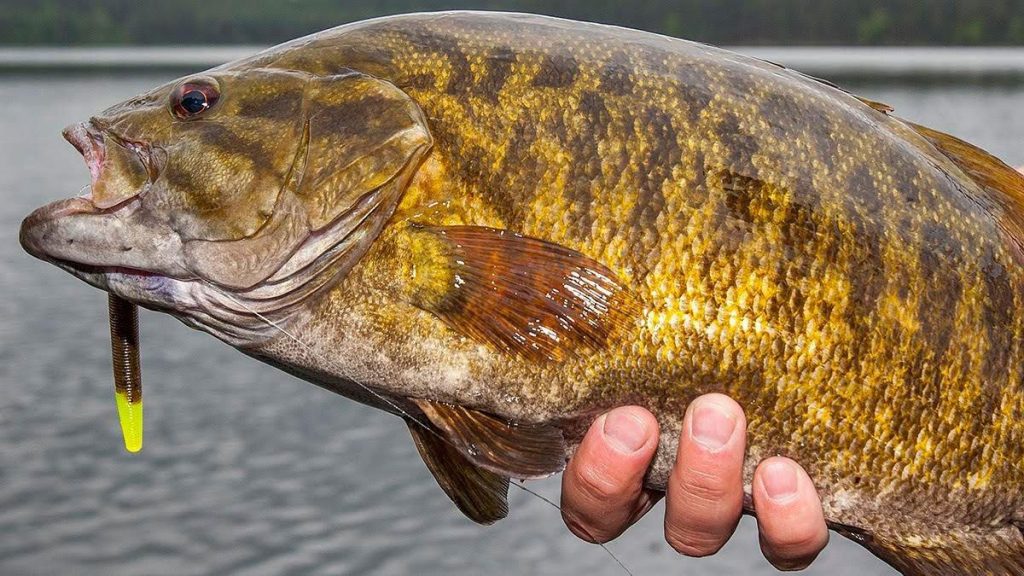 Dale Hollow is certainly higher on the list for many anglers. It’s a unique fishery compared to most of the smallmouth fisheries on this list. Throughout the colder months, it offers excellent smallmouth bass fishing with casting jigs and crankbaits in a very beautiful setting. Harsh winters and high waters have dropped its production in the last few years, but it began to show signs of a healthy rebound towards the end of this winter. All signs point to a banner year on the famed world-record smallmouth bass fishery. 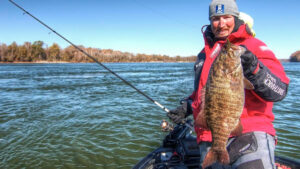 Nothing against any of the other fisheries on our list, but Pickwick has some of the prettiest river smallmouth bass you’ll ever lay eyes on. The smallmouth are targetable in certain windows on this fishery at certain times of the year. It doesn’t constantly produce like other fisheries on our list, but when the big smallies decide to bite, it’s some of the most exciting fishing in the country. 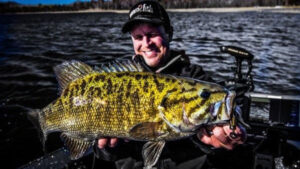 If catching loads of 3 to 5-pound smallmouth bass on a crankbait sounds like paradise to you, the Mississippi River should certainly be on your bucket list. The northern stretches and headwaters of the Mississippi River boast some incredible smallmouth fishing in a more “stream and river” setting. You’ll have your hands full with plenty of chunky smallmouth, but there’s still an opportunity for an occasional trophy on this fishery. 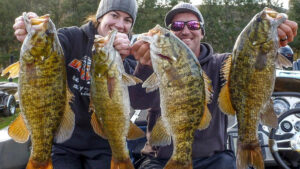 When thinking of world-class bass fishing, Connecticut doesn’t always come to mind. But this particular lake plays host to a huge population of smallmouth bass in the 2 to 4-pound range. It’s one of the least-pressured smallmouth fisheries on our list, which makes the fishing even better. They don’t see many baits throughout the year, so you’ll have a great opportunity to enjoy some exciting fishing action. Elite Series pro Paul Mueller honed his smallmouth fishing skills on Candlewood Lake as well. 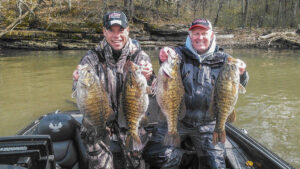 Another smallmouth “sleeper” that is largely ignored by anglers, Wilson Lake offers some phenomenal smallmouth bass fishing. In several windows throughout the year, big smallies are king on this riverine TVA fishery. You’ll find plenty of of smallmouth in the 2 to 5-pound range with 6 to 8-pounders tipping the scales. Tailraces, steep bluff banks and large boulders give smallmouth anglers lots of high-percentage areas to target. 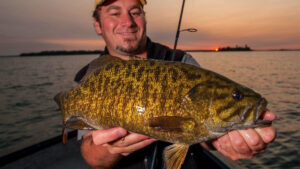 A famed Ontario smallmouth bass fishery, Rainy Lake regularly produces both quantity and quality. The fishing can be fairly straightfoward as well””find one of the numerous islands on this lake and you can expect to be around dozens of big smallmouth. It’s a very picturesque fishery as well, riddled with beautiful vacation homes and quaint fishing resorts. 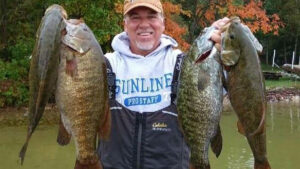 The names may sound a little funny, but the smallmouth fishing is anything but. Straddling I-75, these lakes are northern Michigan jewels and offer 3 to 5-pound smallmouths by the thousands. Although they’re relatively small fisheries, they fish huge with 20-pound smallmouth limits being the norm. 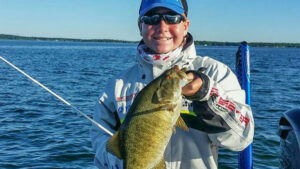 This lake didn’t show it’s full potential at the last Bassmaster Elite Series event, but during spring and fall it can be some of the most famed smallmouth bass fishing in the country. These seasons offer everything an angler could dream of””excellent weather, scenic views, nice people and of course, lots of big smallmouth bass. 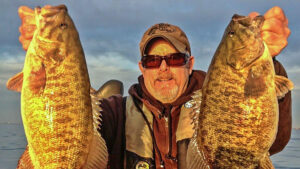 Don’t let this lake’s diminutive size fool you”” Simcoe is chock-full of smallmouth. Forming part of the Trent-Severn Waterway system that links Lake Ontario and Georgian Bay/Lake Huron, this fishery is world-renowned for its population of smallies. Many anglers believe Simcoe to be the best place in the world to catch a trophy smallmouth bass. 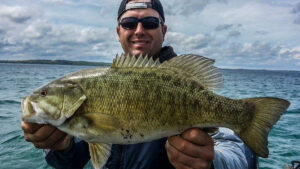 With Green Bay and Grand Traverse Bay both on the lake as well as the Bay de Noc and Little Bay de Noc stretches, it’s hard not to rank Lake Michigan as one of the top smallmouth bass fisheries. While most would consider these two separate fisheries because of the distance and size of the big water you’d have to cover to fish both in a day, they are still part of the same amazing fishery that is Lake Michigan. 20 to 25-pound limits are common in both bays with tons of 3 to 4-pound smallmouths ripe for the picking. 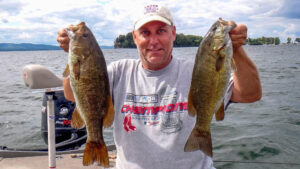 Sound familiar? This fishery made our 2015 largemouth list as well, but the smallmouth fishery on Champlain is just as healthy. During a trip to this lake a few years ago, we landed more than 60 smallmouths in one day while fishing in the spring and caught them all by sight fishing. The lake is full of 3 to 4-pound smallmouth with 5-pounders being fairly common. 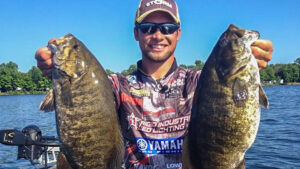 There has been a lot of buzz about the declining walleye fishing on this lake, but it’s certainly a world-class smallmouth fishery. They receive very little fishing pressure throughout the year compared to other species, so when you find a group of ’em, it’s not too difficult to trick them into biting. It has both numbers and size, so expect to stay busy when you take a fishing trip to Mille Lacs. 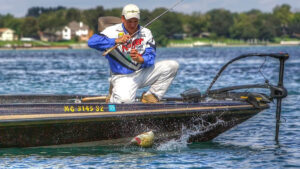 Located on the other end of the Detroit River from Lake Erie, Lake St. Clair a very impressive smallmouth fishery. Grass patches, sand flats, rock piles and much more give anglers a wide variety of diverse options to fish for giant smallies. This lake is very capable of producing consistent 25-pound limits. 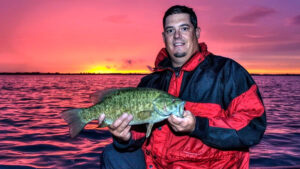 Boasting the thirteenth largest surface area of any lake in the world, Erie is an enormous fishery and the fourth largest of the Great Lakes. The fishing in Buffalo, N.Y., Port Clinton, Ohio and just south of Detroit, Mich. is famous for both ridiculous numbers and size. This lake kicks out as many 5-pound smallmouth bass as any in our list and does so with jaw-dropping consistency. 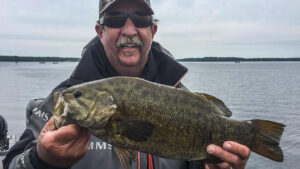 Whether you’re searching for numbers or trophy-size smallmouth, Sturgeon Bay is the place to go. When 8-pound smallmouth””yes, you read that correctly””routinely win big bass in tournaments and 25-pound limits don’t even turn a head, you know you’re in the land of the giants. It’s big water, but the numbers and weights it produces makes Sturgeon Bay a lock for No. 1 on our 2015 Top 15 Smallmouth Bass Lakes list.