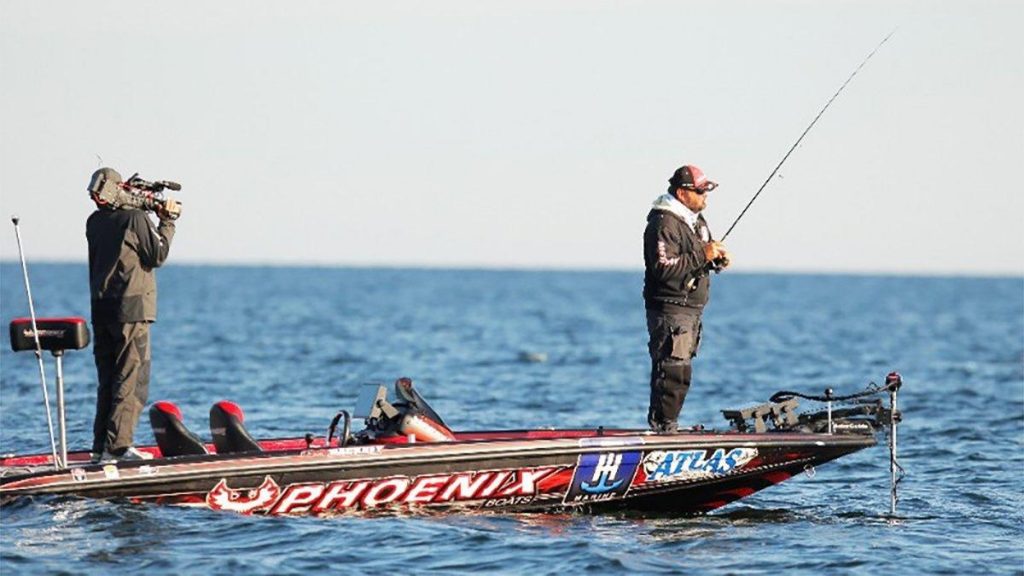 Phoenix Boats, a young, fast-growing bass boat company based in Winchester, Tenn., has signed a multi-year deal to be a supporting level sponsor of 2016 Bassmaster tournament circuits.

â€œB.A.S.S. has been a part of my life and career for over 40 years,â€ said Gary Clouse, president of Phoenix Boats. â€œHaving been a B.A.S.S. member and tournament angler since I was 14 years old, it is very exciting to be partnered with them.â€

â€œPhoenix has risen to become one of the premier bass boats in the nation, and we are excited to partner with B.A.S.S. moving forward,â€ added Teresa Johnson, COO of Phoenix. â€œIt is a natural fit.â€

â€œMembers of B.A.S.S. and other fans of our Bassmaster tournaments are known to be some of the most knowledgeable and discriminating bass boat buyers in the country,â€ noted Bruce Akin, B.A.S.S. CEO. â€œWeâ€™re glad that Phoenix has decided to use our media and events to reach these consumers, and we welcome them to our family of sponsors as we strive to grow the sport of bass fishing.â€

The sponsorship agreement entitles Phoenix to exhibit space at the Classic Outdoor Expo to be held in conjunction with the GEICO Bassmaster Classic presented by GoPro in Houston next March, as well as expos at Elite Series and other B.A.S.S. events.

Phoenix will also provide three fully rigged boat/motor packages for the B.A.S.S. Nationâ€™s Best program, which offers a truck, boat and motor for each of the Top 3 finishers in the Academy Sports + Outdoors B.A.S.S. Nation Championship.

In addition, Phoenix will be the title sponsor of tournament big-bass competitions, beginning with the Academy Sports + Outdoors Bassmaster Elite at Wheeler Lake, which gets under way Thursday. The Phoenix Boats Big Bass prize will be $1,500 for the heaviest bass weighed in during each regular Elite Series event for the remainder of the year, plus the Toyota Bassmaster Angler of the Year Championship in September.

The Phoenix Boats Big Bass award will pay $750 for the biggest bass in the pro division and $250 for big bass of the co-angler division in each Bass Pro Shops Bassmaster Opens tournament beginning with the Southern Open on Douglas Lake May 19-21.

The Tennessee companyâ€™s pro staff includes some of the top anglers in professional fishing, including Aaron Martens of Leeds, Ala., reigning Toyota Bassmaster Angler of the Year; 2014 AOY Greg Hackney of Gonzales, La.; and former Classic winner and Angler of the Year Davy Hite of Ninety Six, S.C. Other Elite Series pros fishing for Phoenix are Bobby Lane of Lakeland, Fla.; Russ Lane of Prattville, Ala.; Brandon Lester of Fayetteville, Tenn.; Justin Lucas of Guntersville, Ala.; Chad Morgenthaler of Coulterville, Mo.; Randall Tharp of Port St. Joe, Fla.; and J Todd Tucker of Moultrie, Ga.

Phoenix offers a tournament incentive program, paying up to $7,000 to owners of its boats who win Bassmaster Elites or Opens or other â€œTier Oneâ€ tournaments.