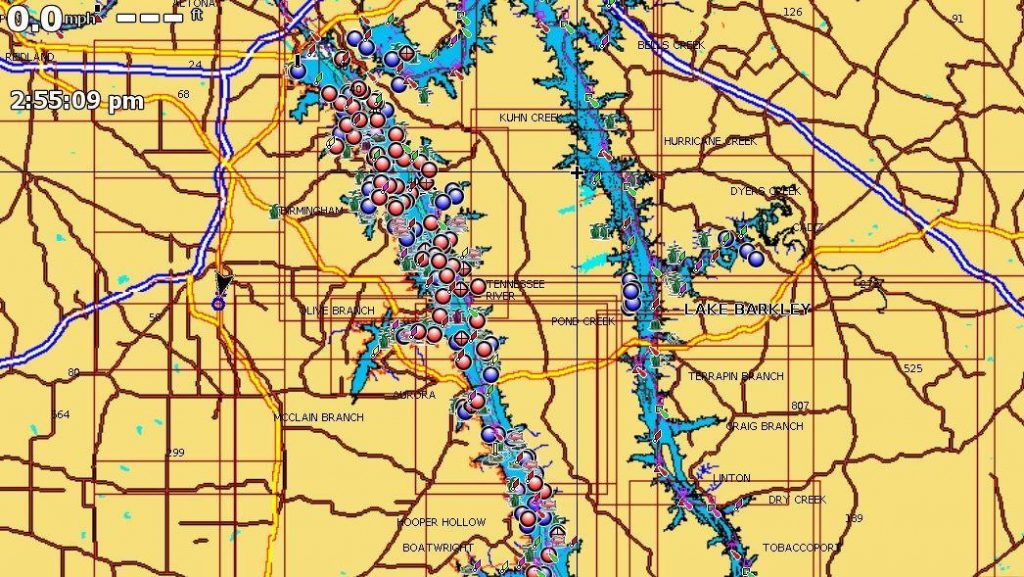 The bass fishing world embraces change unlike many other walks of life. We idolize a few pros in the tournament scene and find fascination with gear. Human nature flocks us to the latest gadget or technology, and fishermen are not excluded from this.

The list of fishing equipment that has caused bass fishermen to wet their britches over the years is full of entries both gimmicky (The Flying Lure, Color-C-Lector, Helicopter Lure, LaserLure) and game changing (bow-mount trolling motor, Power Pole, Creme worm, Senko, Side Imaging and GPS).

Of the game changers, it would be hard to vote for anything other than the bow-mount trolling motor for the crown; especially if you’ve ever seen anyone trying to fish a row of docks with a stern-controlled unit.

After that, you’d be hard pressed to find an innovation that is as revolutionary as on-board GPS. In just a few short years, bass fishing changed from a discipline dominated by bank beaters humming buzz plugs to what it is today; where anglers with no prior experience on a lake routinely catch bass away from the bank on precise structures like brush piles, shell beds or channel ledges.

GPS made this fishing practice a lot more efficient.

Originally a military technology, Global Positioning Satellites return signals to and from devices to give exact locations. Their use moved into bass boats in the late 90s, and by the mid 2000s was a common accessory for most serious bassers.

The adoption of GPS not only allowed anglers to know their precise location on a body of water, but for the first time it also allowed them to save that location by marking a waypoint.

Anglers said sayonara to notebooks of triangulation lineups and the “three docks to the left of the house with the barking dog” type dock talk, as the advent of GPS created the offshore fishing craze that remains so productive across much of the country at certain times of the year.

The downside to having all that data available to anglers is that it can quickly become a hassle managing it in an efficient manner.

Bassmaster and FLW Tour pros, by necessity, become experts at processing and analyzing large amounts of electronics data. They also spend an inordinate amount of time on the water, and thus accumulate a lot of waypoints over the course of a season.

For those reasons, it seemed like a good idea to check in with several of the hottest professional tour-level anglers to collect some tips for managing waypoints and data on your fish finders. 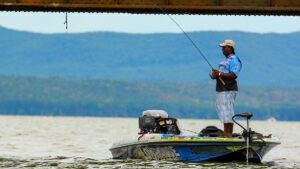 Ish Monroe â€“ It’s all in the cards

Longtime Lowrance and Bassmaster Elite Series Pro, Ish Monroe can be considered something of a hoarder when it comes to waypoints. He doesn’t like to throw any away.

“I’m pretty sure I still have almost every waypoint I’ve ever saved, even from back before I went pro,” Monroe said.

As can be imagined, that’s a lot of data. To organize it all, Monroe starts a fresh SD card for each season, and uses a specific color for that year as well. At the end of the year, he sorts them by lake, and puts them all on a master card that he backs up and keeps in his safe back home.

“It’s my livelihood, so I need to be organized, and having colored cards for each year backed up on one master keeps everything easy to use.”

Prior to the following season, Monroe then looks at the upcoming schedule and creates a ‘season card’ featuring all the lakes he will be fishing the upcoming season.

“It’s easy. Let’s say I’m going to Guntersville.” Monroe said. “I remember I was there in 2014, 2010, etc. I will grab each of those previous year cards and pull all the Guntersville waypoints into a folder onto my 2015 card. When I get there, I have all the waypoints I’ve ever placed on Guntersville at my fingertips. I also use a different color for each season so I know when they were placed. I then do the same thing for all the other lakes on my schedule. “ 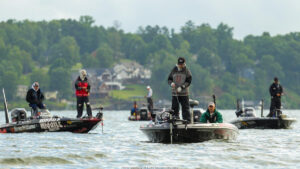 Kevin Hawk â€“ A fish of a different color

Three days is not a lot of time to practice for a professional fishing tournament. Because of that, Elite Series Pro Kevin Hawk has had to become an expert at making good use of that time, and using waypoints to mark fish quality has yielded success.

“Through the course of practicing for an Elite Series event, I sometimes rack up hundreds of waypoints,” Hawk said. “It can be really confusing trying to remember which waypoint stands for what. That is especially true when you’re looking for quality fish, so I’ve come up with a system that uses different color waypoints to determine what quality of fish I’ve caught at each spot.”

When he assigns a waypoint, he’ll change its color depending on the quality of fish he catches in that spot. For example, he might use blue for 3 pound fish, red for 4 pound fish, and green for 5 pound fish. That way, if he’s got to run and gun in the tournament, he can quickly recall the quality he’s found.

“In a lot of places, the bass school by size, so if I’ve got 15 pounds in the livewell and a couple hours left to fish, I can make a milk run of the red waypoints and just target the bigger fish that will help me.”

Although waypoints are the focus of this piece, FLW Tour pro and ledge fishing powerhouse Randy Haynes recommends considering trails just as important as waypoints when fishing offshore.

“I like to use a different color trail each day that I fish. That way, I can look at my map and get a clear image of where I’ve been each day.” Haynes said. “That allows me to do a better job making sure I hit all the holes I want to hit on a tournament day.”

As many anglers have probably witnessed, sitting and fishing a spot for a long period of time (a common occurrence when offshore) creates a big spaghetti mess around your waypoint. This can make return trips to the spot hard to follow.

“Because I use a different color each day, when I get to a spot I fished for several hours the day prior, I can differentiate between yesterdays and today’s trail so I know I hit the entire area.”

Choosing different daily trail colors also comes in handy when fishing areas without a lot of landmarks. Places like Erie and Okeechobee are notorious for being hard to navigate because everything looks the same. Using a fresh trail color each day makes it easy to reassure yourself that you’re in the right place. If you use one color, you won’t remember if you were here in practice, day one or a month ago. 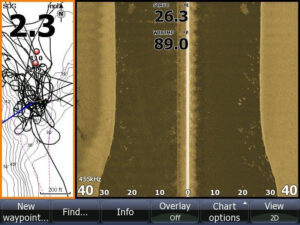