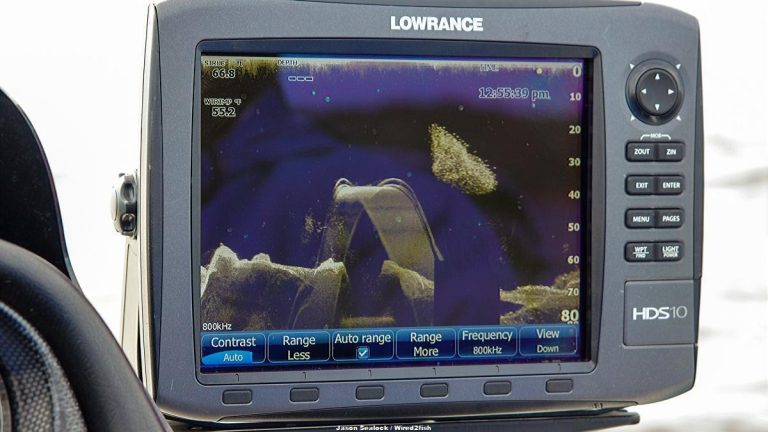 Bridge Under the River Kwai

Yup that’s a guard rail showing up on that fully intact bridge. 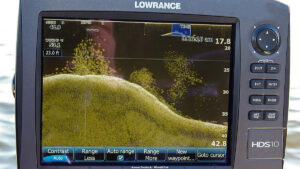 Found this incredibly full brush pile that had a bunch of crappie on it while fishing with a friend in Mississippi. 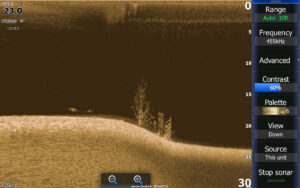 Pallets are a handy form of manmade cover that hold crappie, bluegill, bass and bait. 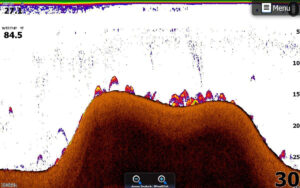 This is a special screenshot because these fish helped me catch my first 30-pound limit on Kentucky Lake.

Found two nice brush piles off the side of some ditches 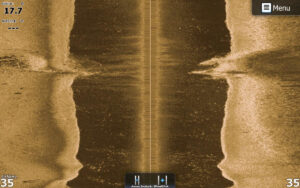 A bunch of stuff here. Brush, fish, baitfish, rocks. It looks cool but not really something I would fish much.

This school however I fished a bunch. And it was fun ripping on them for an hour. 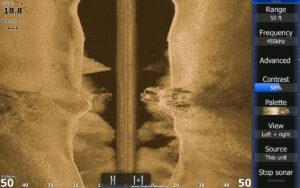 Not sure what this is. Looks part man made and part big rock pile. Might be a blown up bridge. 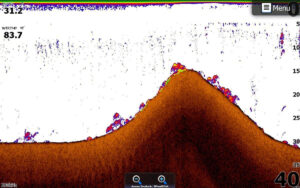 A small school on a hump but it had some good fish in it. 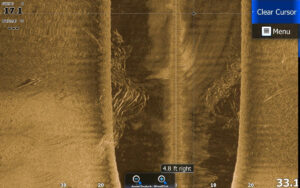 I believe these were smaller asian carp. 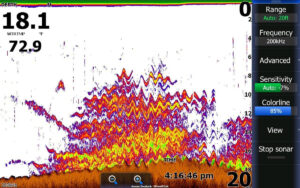 Trying to hold on a small brush pile in the wind and boat wake sometimes makes for a cool shot!

Lots of big baitfish moving around as I pass over them