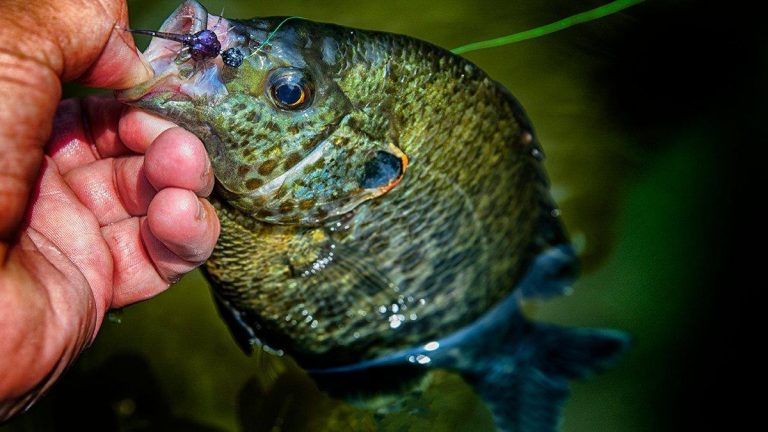 Â I’m always on the lookout for new ways or lures to catch fish, and crappie, bluegill and other panfish are no exception. I primarily bass fish, but I always have a light action rod with 4-pound test in the rod locker and this time of year I get pretty serious about bluegill fishing. The guys at 13 Fishing sent me some of their Superior Finesse Jigs and Plastics that they released this year to test and see how they worked for me in open water fishing scenarios.

Originally designed for ice fishing, these tungsten jigheads are perfect for panfish because of their extra small size and their Upper Cut hook that really sticks the fish on the initial tick. Kyle Peterson and I shot a VLOG recently that we’ll be sharing where we were filming bass videos, but as I scanned a pocket looking for shallow cover with my Lowrance HDS Carbon units, I spotted a bunch of bluegill setup near a laydown tree. So we pulled out the 13 Fishing Coconut Crabs and B.A.M.F.Â and rigged them on 1/16 ounce TheDoug and TheDude jigheads and went to work on them.

That was my first time ever throwing them. We stuck nearly every single fish that bit and boated more than two dozen nice bluegills in 30 minutes. I’ve since been using them on bedding bluegill and shellcrackers around Kentucky Lake with great success. I have found a black TheDude 1/16-ounce jighead with a black magic Bernie or potentially purple Coconut Crab to be very effective. I’ve actually been able to use the jigheads and sight fish a bunch of nice shellcrackers and bluegills off of beds with the clearer water this spring.Â

The Superior tungsten jigheads don’t have a barb, and you would think that would be an issue, but it’s not. And in a half dozen trips now, I have lost only one head. So while they are a bit pricey for panfish jigheads because of the tungsten and custom hook, the size is perfect, and even an average bluegill has no problem engulfing the whole plastic and jighead all the way into their crushers. That’s been the biggest factor to me. Most jigheads have too long a hook for panfish. These Superior jigheads have a short up turned hook that keeps the whole offering compact but sticks the fish easily.Â

Even the larger Bernie plastic got gobbled up by small bluegills and some hefty jumbos as well. I’ve caught crappie, bass, bluegill, shell crackers (or red ear) and even a bonus catfish on them thus far. Super happy with how they fish.

After several fish, the plastics will start to slip down the hook since there is no keeper. You can add a drop of glue which alleviated the problem. But I also found that if you just take the plastic off and rethread it on and get a slightly different bite, it will get several more fish. The plastics come infused with a formula they call Donkey Juice, and I’ve played around with tipping them with scent pellets and wax worms with great success. But I’ve caught a bunch of fish on them with nothing but the plastics on there too. Especially on bedding fish.Â

The appendages on these plastics have a ton of movement. You can see how they move in our Facebook cover video if you haven’t seen them, and we’ll show their movement off in our VLOG soon.Â

You can find several of the plastics and both jigheads at FishUSA.com as well as at the 13Fishing Store online. These are super handy plastics for bluegill fishing, but I can’t say enough about how effective the jigheads have been. Strong, sharp, small hook really stuck the fish well. I will have one rigged all the time in my boat and I plan to shoot docks for crappie and fish them in brush piles a lot this fall as well.Â

My favorite shapes thus far have been the Bernie, the BAMF, and the Coconut Crab. I feel like all of them will work well for both bluegill and crappie.

I like the radioactive pickle, green head, potentially purple and black magic colors the best so far. I will experiment more with the white and pink colors when I crappie fish some more. Our team in Minnesota had a ton of success ice fishing with these jigs but I’ve been pleasantly surprised by how well they fished for open water panfish as well.Â

Here are some more up close shots of the 13 Fishing Superior Finesse Jigs and Plastics in their panfish lineup as well as some of the fish that have been falling for them this spring for me. 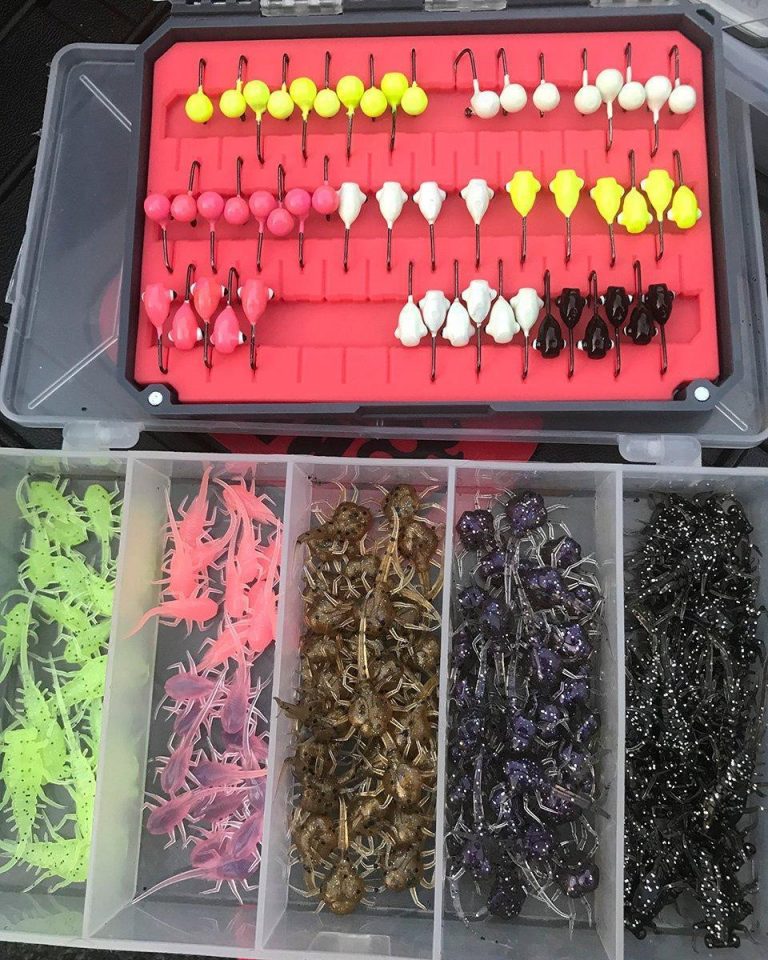 Superior The Doug and The Dude jigheads with BAMF Battle Beetle 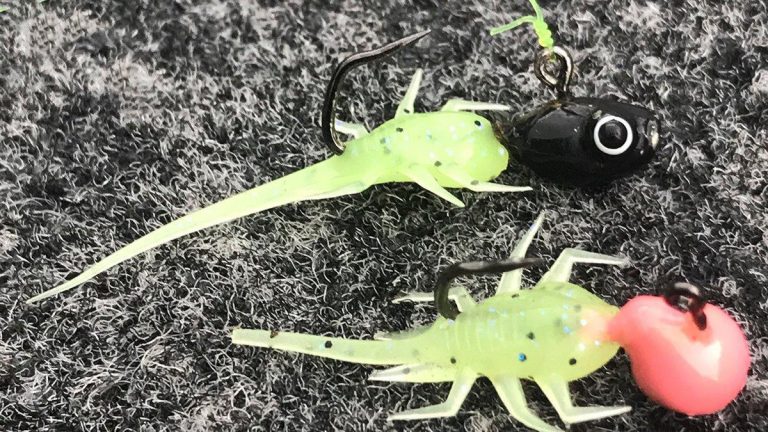 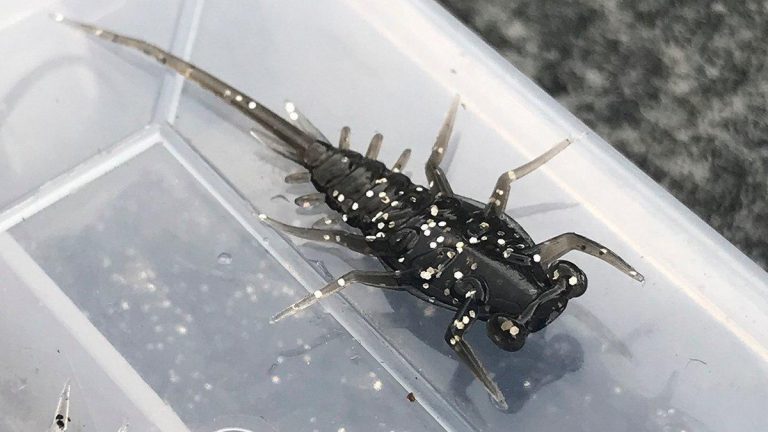 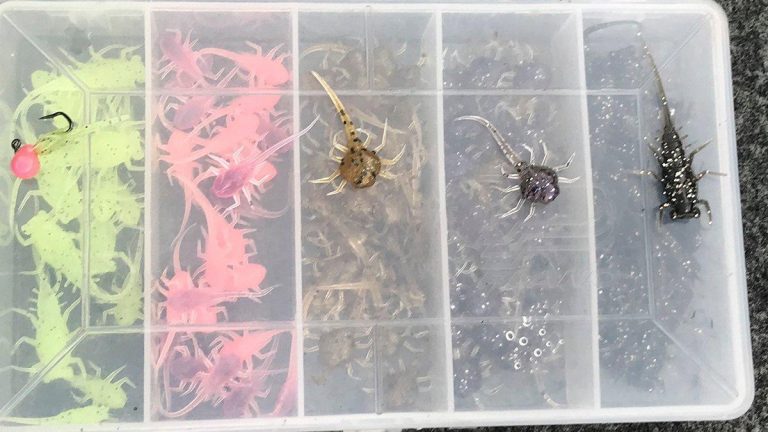 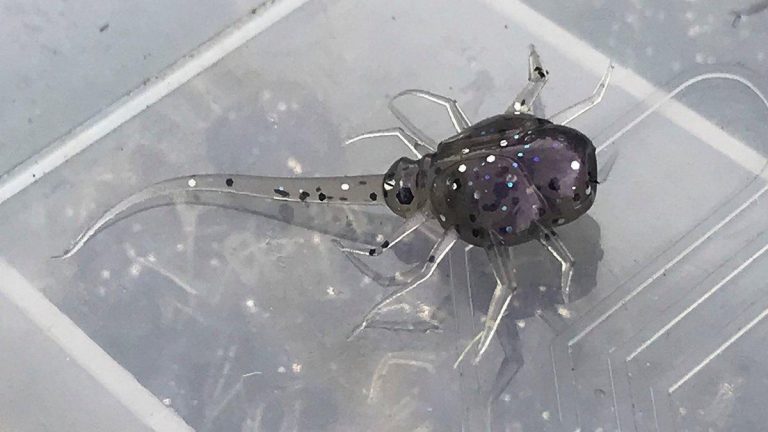 Big bull bluegill on The Doug jighead and Coconut Crab 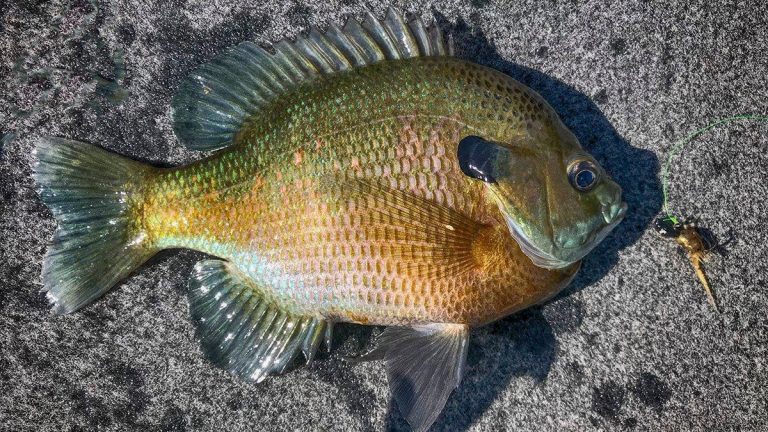 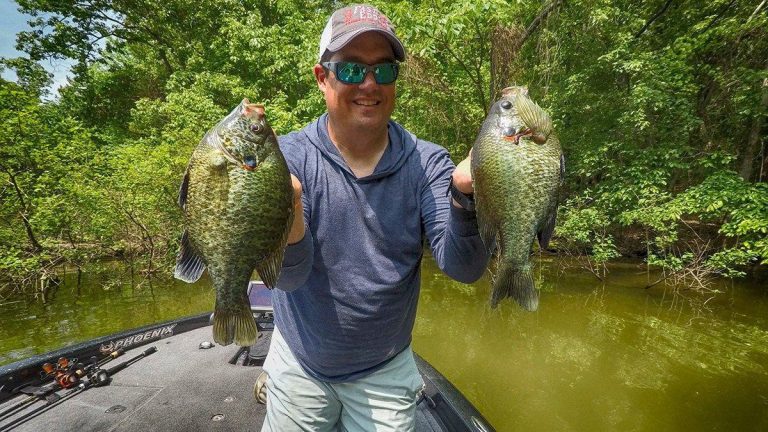 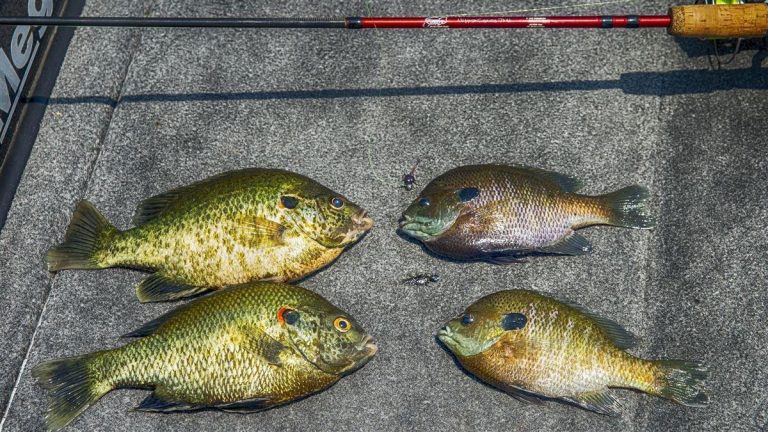